This order came after concerns of the coronavirus led to the cancellation of the Arnold Fitness Expo and the limits on spectators. 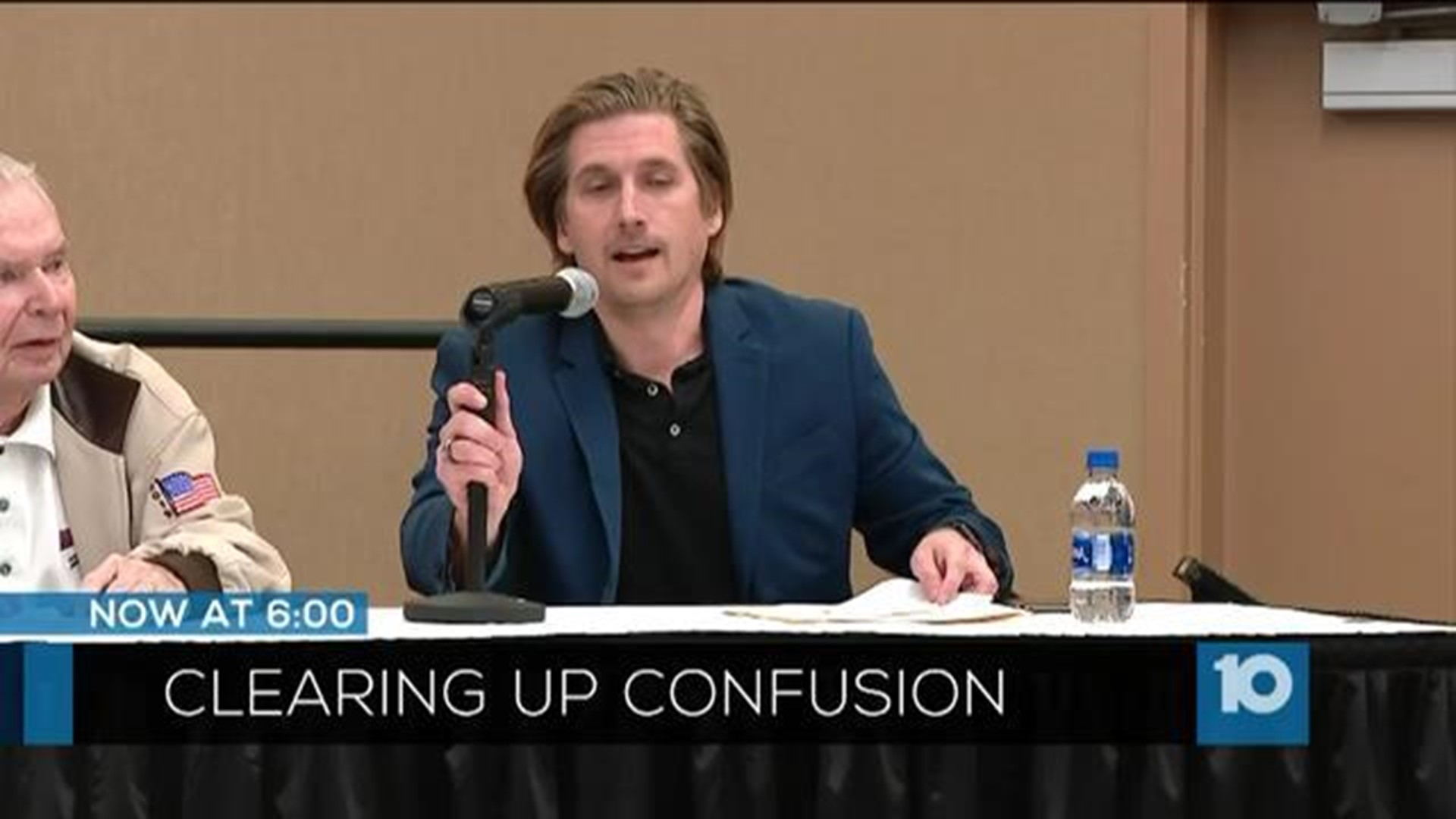 The order from Health Department Director Dr. Amy Acton limits spectators to parents or guardians of minors participating in the festival, which attracts tens of thousands to the capital city. It allows attendance at some events Friday and Saturday, including the men's and women's physique finals.

The festival is the city's largest single event, with an economic impact of $53 million each year. It began as a bodybuilding competition founded by Arnold Schwarzenegger in 1989 but has since grown into a giant sports festival whose events also include include weightlifting, running races, martial arts, table tennis and jump roping, among many others.

Arnold organizers said they will abide by the order, even while arguing they were being unfairly singled out compared with other athletic contests in the state, including professional sports games and college basketball contests.

The order came after Schwarzenegger said Wednesday that the event would continue as normal, despite a deal late Tuesday restricting attendance.

“There is no explanation to allow all these other events with 20,000 fans to continue while not allowing us to sell tickets to a few thousand sports fans to watch our different sports,” Schwarzenegger, the actor and former California governor, said in the Wednesday letter to DeWine and Columbus Mayor Andrew Ginther.

DeWine said Thursday the Arnold is different from other events.

“We are also concerned that that almost all the athletic competitions at the festival are not single-ticket events and are rather general admission, which allows for spectators to attend dozens of events and travel freely from facility to facility,” the governor said.

Daniel Ketchell, Schwarzenegger chief of staff, tweeted that people also move around freely during sporting events to buy food and drinks and use the restroom.

Acton said she followed guidance from the Centers for Disease Control to analyze events based in part on local health officials' ability to respond. She noted Arnold organizers predicted as many as 250,000 attendees.

"When you talk these numbers during an epidemic, an outbreak, we are fully taxing our systems as they are," Acton said.

Thursday's order came as DeWine and Acton held a summit with local health officials to discuss preparations for the coronavirus. Presentations at the half-day event in Columbus included steps to take after a case of COVID-19, the disease caused by the virus, is confirmed and how to identify people vulnerable to the virus.

The goal of the conference was preparation, DeWine said.

“We know the coronavirus is coming to Ohio. Every health expert tells us that,” DeWine said. “But we have to do everything to slow it from coming to Ohio, and then to slow it down as far as how it spreads out.”

Ohio has no confirmed cases so far.

Gov. DeWine issued the following statement: "Throughout the week I have been working closely with Columbus Mayor Andrew J. Ginther, our public health officials and representatives of the Arnold Sports Festival. The mayor, our public health officials and I are gravely concerned that that the event as organized poses a unique and unacceptable risk for the spread of COVID-19 for guests and the community. These concerns include the attendance of individuals from more than 80 countries and from other parts of the United States affected by COVID-19. We are also concerned that that almost all the athletic competitions at the festival are not single-ticket events and are rather general admission, which allows for spectators to attend dozens of events and travel freely from facility to facility. These facts make this unique event significantly different than any other event we know of in this state," said Governor DeWine. "With these public health concerns in mind, the State has issued an order prohibiting general spectators from attending."

On Friday March 6, 2020 the Arnold Sports and Fitness Expo is permitted to admit spectators to the following four events scheduled for 7:00 p.m. to 9:30 p.m. in the Battelle Grand at the Columbus Convention Center:

On Saturday March 7, 2020, the Arnold Sports and Fitness Expo is permitted to admit spectators to the following four events scheduled for 7:00 p.m. to 10:00 p.m. in the Battelle Grand at the Columbus Convention Center: