Nationally televised hockey playoffs allow Columbus to sell itself to the world. 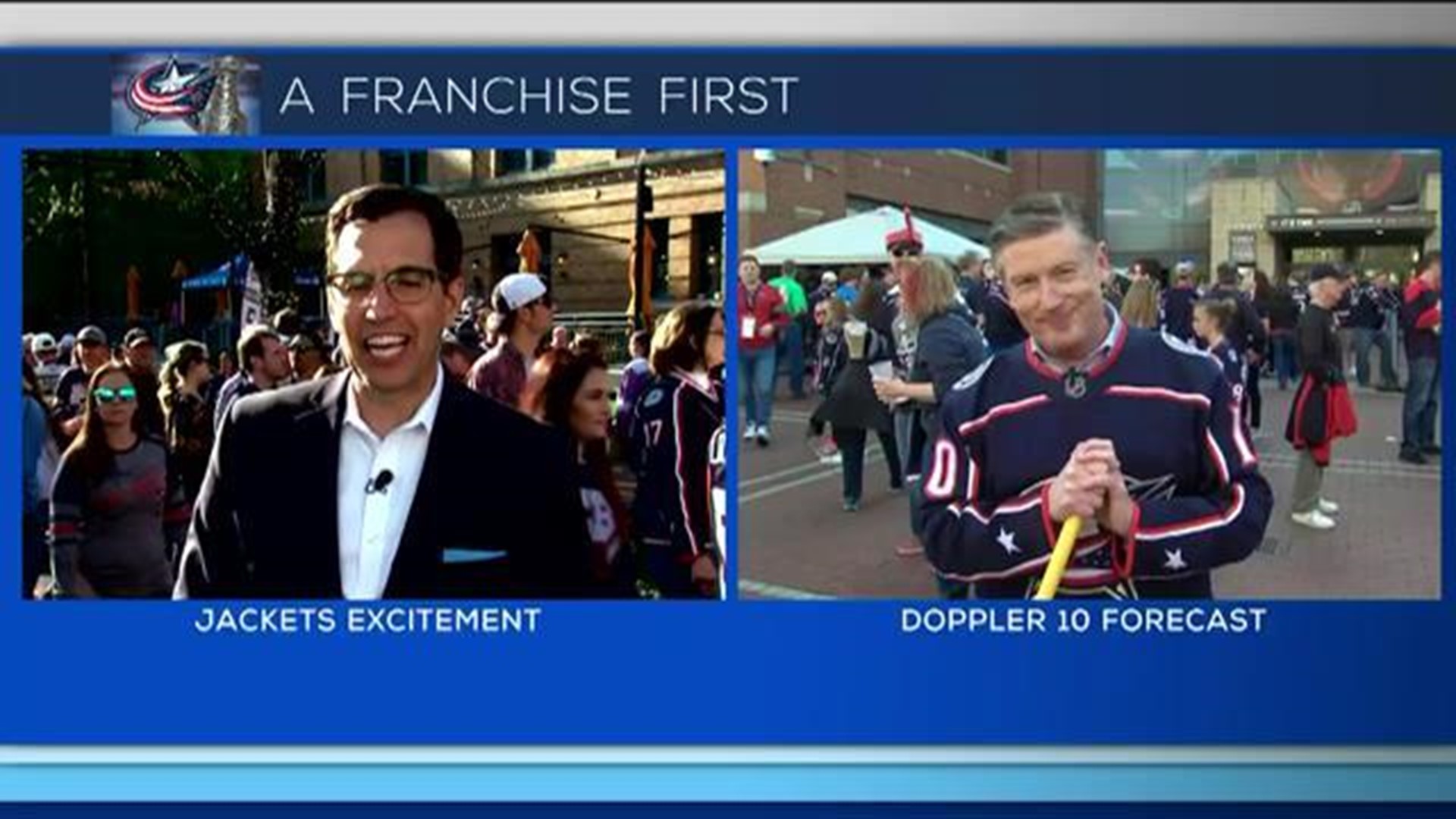 Those who run Nationwide Arena and those whose job it is to promote the City of Columbus can't put a dollar figure on what the NHL playoffs mean to the city, but they know it's exposure they couldn't afford.

The nationally televised game on CNBC will allow millions of viewers to see Columbus, possibly for the first time.

"We are the 14th largest city in the country and when we have an NHL playoff game or host an NCAA basketball tournament and its shown across the country people get to see what kind of city we are and hopefully they'll want to come here, " says Jen Cartmille Director of Marketing for the Greater Columbus Sports Commission. "Anytime you can host a major sporting event it helps sell the city and other organizations looking to have their conventions here can see how accommodating we are."

Columbus' image of hockey town remains a work in progress because we don't have any real long-term hockey success. But this season has made fans feel like greatness is around the corner.

" I am so excited I honestly didn't think this was going happen," says Mella Curtis a season ticket holder from Marion.

"We've been waiting for almost 20 years for this to come about," says her husband Jack.

For 13 seasons Jody Shelley played in the NHL including seven years with the Jackets.

Now a broadcaster for the team, he says our image in the NHL is changing because of what's happening on the ice.

"I think they are taking notice now if they can close out this series it's a huge huge step to gaining respect from the NHL," he said.

He admits, even he didn't envision a season like this.

"I'm surprised I think anyone who said differently might be lying to you," he said.

The Jackets are a long way from winning a Stanley Cup, but a win Tuesday would get them closer than they've ever been in the franchise's 18-year history.