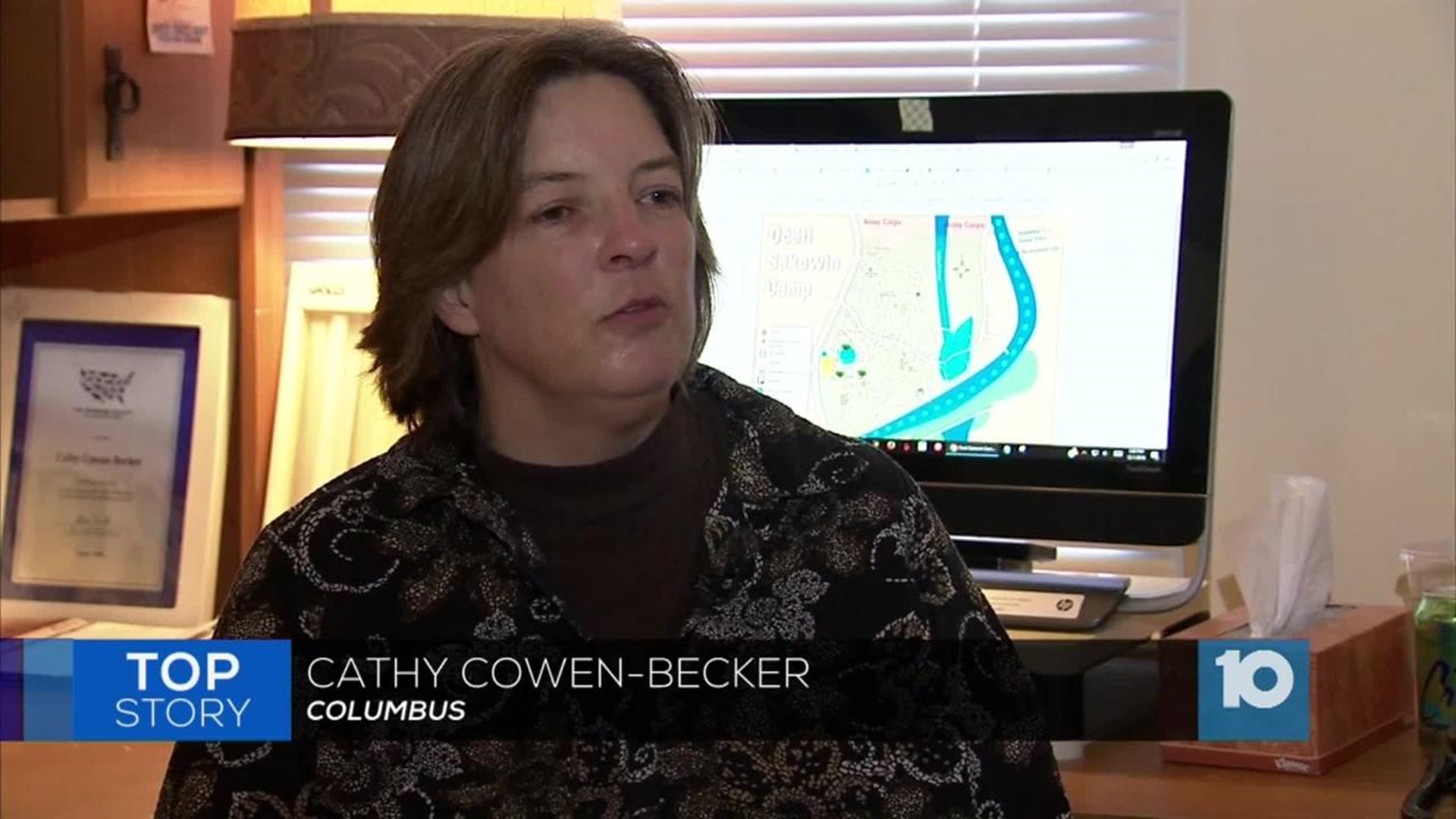 From her Grove City home, Cathy Cowen-Becker clicking through a collection of photos taken at the Standing Rock Indian Reservation in North Dakota.

“These were taken from a place called ‘media hill’ which is the only place you can get reception,” said Cowen-Becker.

She traveled from Central Ohio to a campground near Bismarck to be a part of the peaceful protests. She was one of thousands in attendance.

“It was just very prayerful and peaceful,” Cowen-Becker said. “Sort of a collective prayer with everyone participating.”

For four days, Cowen-Becker participated in demonstrations fighting against plans to build a $3.78 billion dollar pipeline which would stretch through western North Dakota to southern Illinois, cross beneath the Missouri and Mississippi Rivers, as well as parts of Lake Oahe near the Standing Rock Indian Reservation.

“There were letters and cards from school children all over the world expressing sympathy for the water protectors and basically solidarity with the cause,” she said.

There had been talk of unrest at the reservation on social media, but, Cowen-Becker said she never experienced that.

Now, protesters face icy campgrounds as temperatures drop in the area, and a deadline to evacuate by Monday.

Cowen-Becker says she and a group of others in Columbus plan to host a peaceful demonstration at Goodale Park beginning at 3 p.m. on Sunday.