Neighbors started a sign campaign to show support for Andy, who has sarcoma. 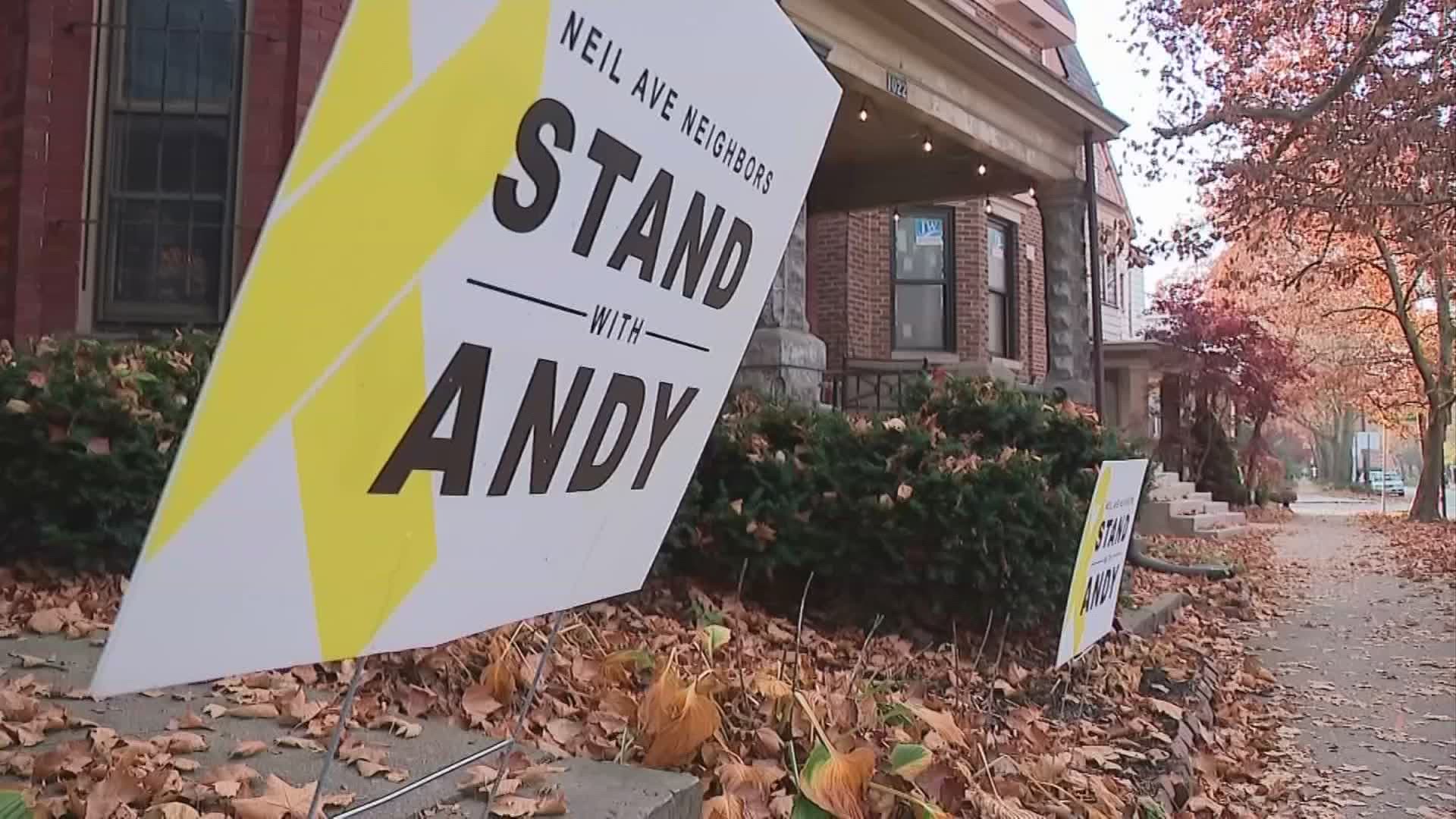 It has a lot of people driving by asking. “Who’s Andy?”

“Andy was diagnosed with sarcoma,” says Kellie Kidd, who lives next door to Andy’s parents, Tracey and Jim Bowman, and started the sign campaign.

But here’s the catch. Kellie never met Andy and barely met his parents. The two families moved next door to each other when the pandemic first started in March.

“We didn’t really know any of our neighbors, but we were very empathetic to Andy’s situation and them driving back and forth all the time from the hospital,” Kidd said.

Kidd put a note in mailboxes, asking if neighbors wanted a sign in their front yard to show support for Andy.

“After that, we had all these people who wanted to participate and everyone was in, the entire block on both sides of the street,” said Kidd’s husband Pete Shuler.

Nicole Kendal was one of many neighbors who wanted a sign.

“I think anytime a neighbor reaches out to me, I think it’s good to be a good neighbor and respond,” Kendal said.  “Even though I wasn’t able to meet anyone when I got it, I felt included.”

The Bowmans said they were overwhelmed when they first spotted the signs while walking their dogs.

“It was just an amazing thing to see and we were highly touched,” Tracey Bowman said.  “It was a highly emotional moment.”

Bowman also said the signs have helped her son Andy know that people – even strangers – care.

“He’s been humbled by the fact to know that people are thinking about him,” Bowman added.

In a tumultuous year where a pandemic and politics and a historic election have divided people and families, the people who live in this small Victorian Village neighborhood say it’s great to see how strangers can unite in the face of adversity and uncertainty.

“I thought it was so kind for Kellie to go out of her way to let the neighborhood know,” Kendal says of how she felt when she first received the note in her mailbox.

“We were excited to move to this block because they said there’s a lot of really good people and good neighbors,” Kellie added.