Stage 4 breast cancer patient: "You have to be your own best advocate"

Donna Stage is living with stage 4 metastatic breast cancer. She is now sharing her journey to help other women advocate for their health. 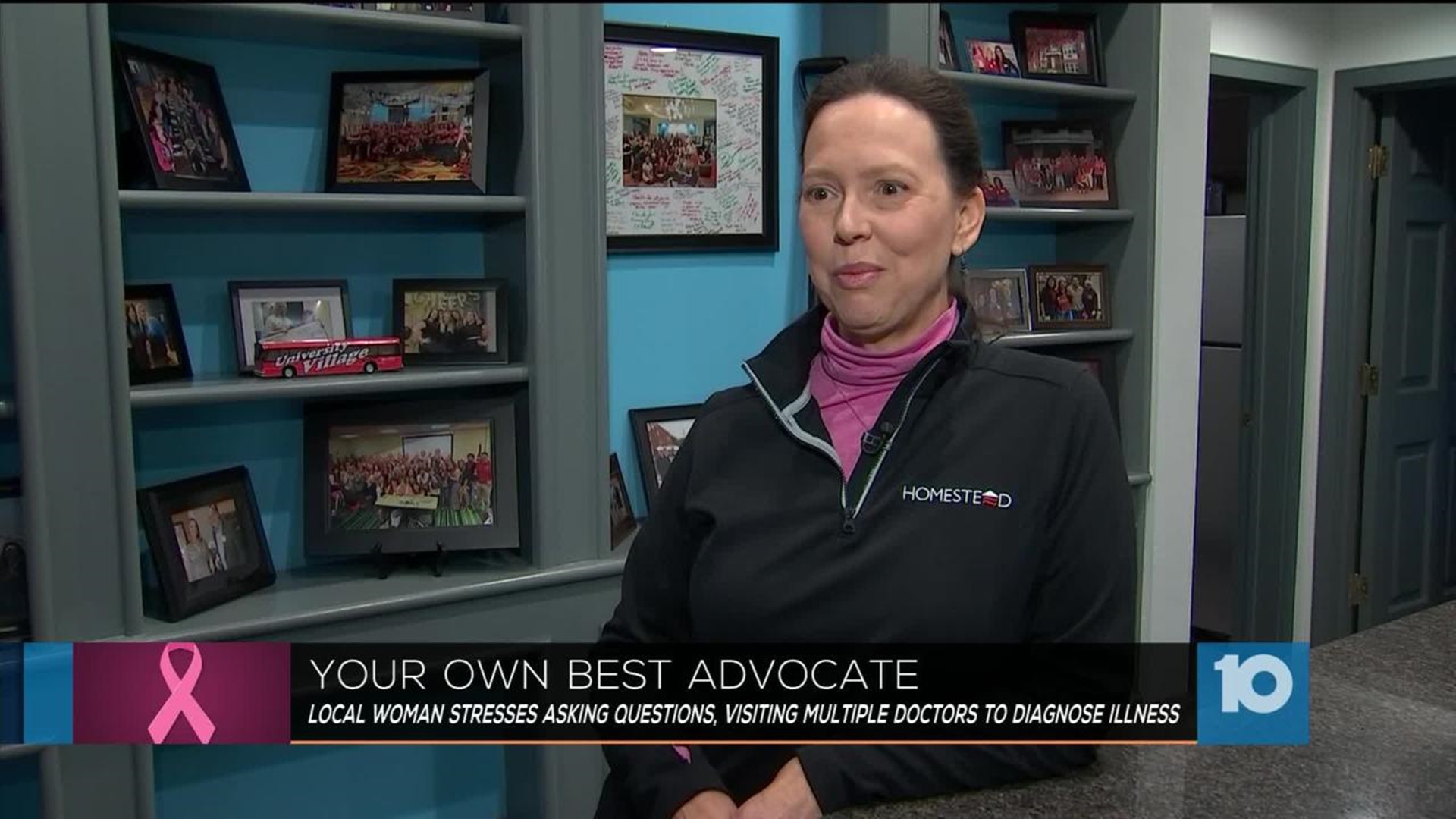 When on the job, Donna Stage calls the shots.

“Being a leader is necessary,” she said.

She’s the general manager for Student Housing Properties for Homestead U in Athens, Ohio. Being in charge is part of her nature.

But, three years ago --- life threw her a curve ball she couldn’t control.

“I was diagnosed with stage 4 metastatic breast cancer right off the bat,” she said. “The same day that I got my results saying I had a clean bill of health on my mammogram and ultrasound.

Stage has had small cysts in her breast since she was 18. Since then, she’s had yearly mammograms and ultrasounds to ensure everything was okay.

So, how was her cancer not caught before it metastasized to stage 4?

“My type of breast cancer was not detectable on a mammogram or ultrasound,” she explained. “There were symptoms that I didn’t recognize that a lot of women don’t even know are symptoms for breast cancer.”

Stage says she went to her general practitioner for what she thought was a simple infection. Instead, her doctor insisted “something is wrong."

Doctors ran tests and found the disease in her sternum, spine and hip.

“And that’s how it was found. Completely by accident,” she said.

Stage is now on a life-long chemotherapy pill and is on hormone treatment. She says she does life with a few side effects but is otherwise in full remission.

Her message to other women now: “You have to be your own best advocate,” she said. “If you don't speak up and tell them you feel pain or you feel like something isn't working right — you're not going to live your best life. It is up to you to advocate for yourself.”