Why is there smoke in metro Atlanta?

This is why you can smell the fires burning here. 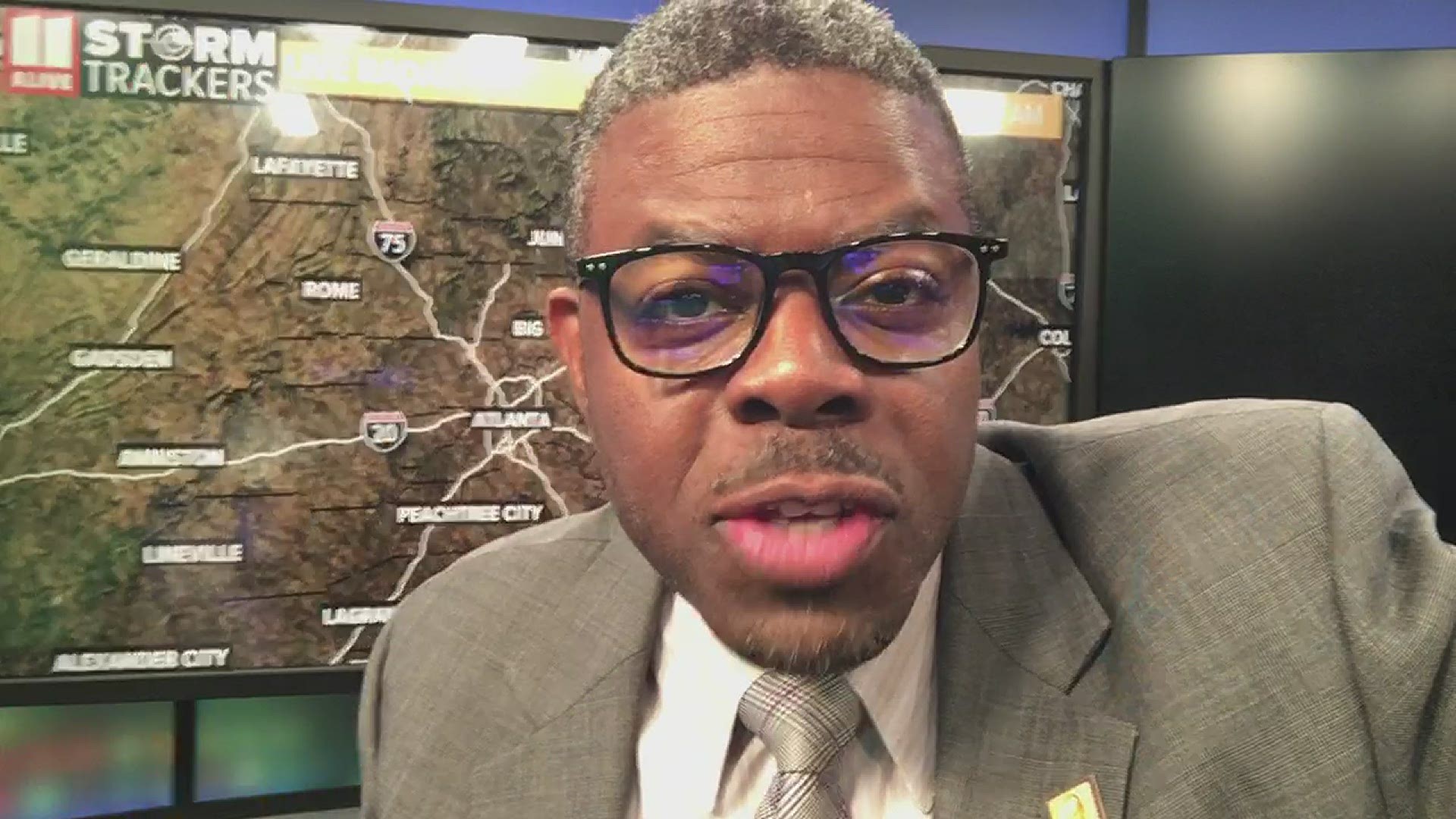 ATLANTA — If you went outside Tuesday, you may have noticed a hazy sky and a faint smell of smoke in the air. The reason is because of controlled burns across the state -- mixed with the dry air.

There were more than 145,000 acres of controlled burns over the past two days across Georgia. With high pressure overhead contributing to sinking motion and light southerly winds, the smoke and aerosols are trapped in the lower atmosphere. This is creating hazy skies, according to 11Alive Meteorologist Melissa Nord.

The smoke could even be visible on satellite radar.

The area is also under a "Code Orange" air quality alert, as well. This means the air could be unhealthy for those sensitive groups.

The reason for the air quality alert is due to the smoke and the higher concentration of particulate matter in the air, Nord said.

The Georgia Forestry Commission said this was the first good week of the year to get controlled burns done. They said the goal is to usually get them done before everything turns green and before the nesting season.

"Due to the previous two months of poor burning weather, a larger number of people are out taking advantage of the good weather this week to conduct prescribed burns," Wendy Burnett, a spokeswoman for the commission said. "We have had 4004 permitted prescribed burns in the last five days, burning a total of 145,600 acres across the state."

They said they will likely continue to see about 30,000 acres per day for the next four or five days as prescribed fire practitioners are trying to beat the rain that will come in next week.

With temperatures in the low to mid 70s for the rest of the week, we will also start to see pollen numbers increasing.

Expecting pollen numbers to increase as we enjoy a week with temperatures in the low to mid 70s. #weather #gawx #11alive #MorningRushATL pic.twitter.com/8GuhFtM7rW