The Saturday following Black Friday is usually referred to as Small Business Saturday. 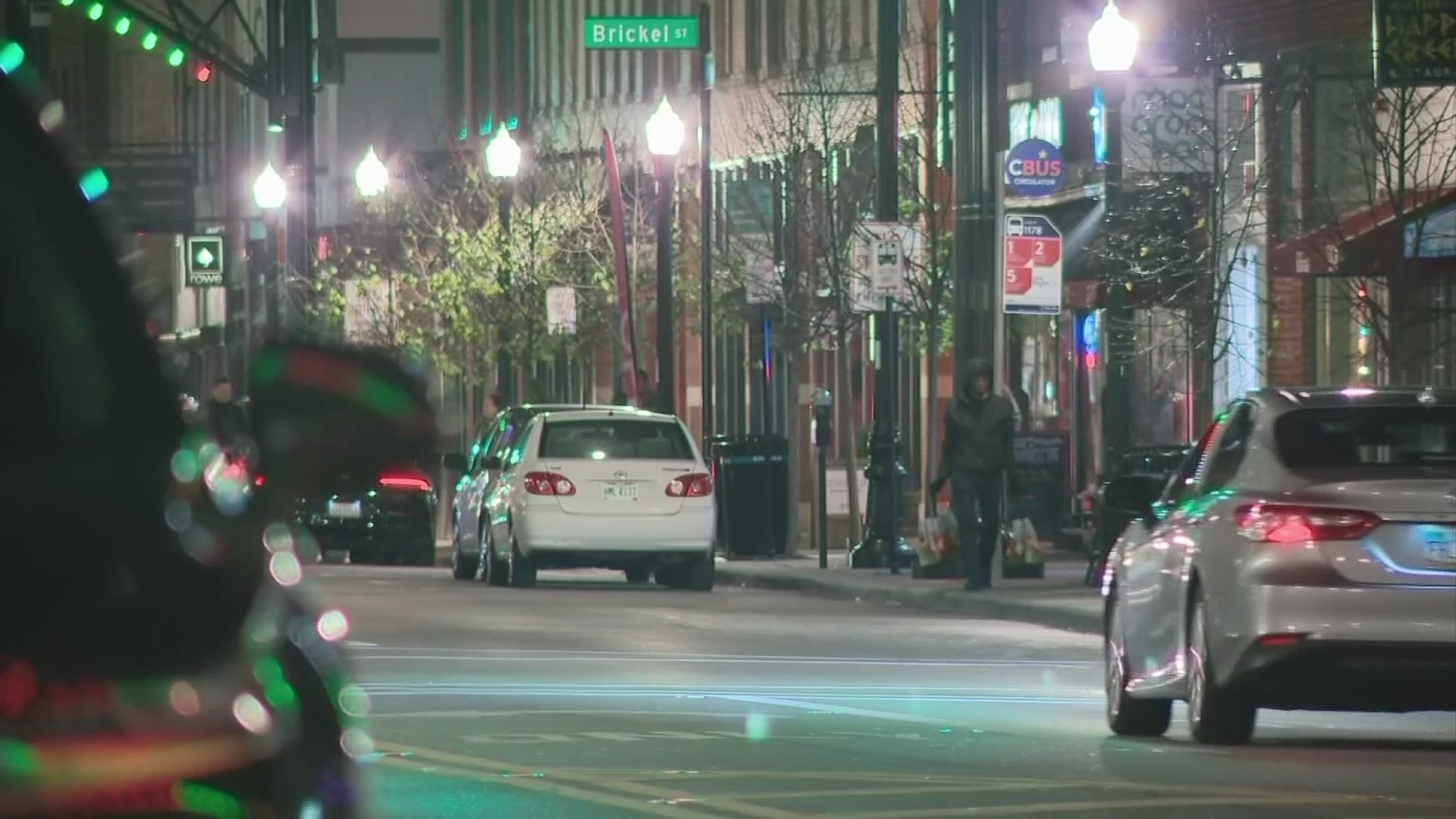 “The holiday, especially today, is one of our biggest sale days of the year,” said Brett Jolliff, owner of Willy + Wade in Marion. He is also working on opening another location in Mount Vernon.

“This is our moment to, you know, make enough money to get us through the slower months like January and February,” Jolliff said.

He started with his leather goods brand back in 2014 in his spare bedroom, then moved to selling more items out of a van.

Jolliff said he has put a lot of time and work into his business, especially with all of his custom-made items.

He’s not alone with the amount of energy and time that he's put into owning a smaller business. Keeping small businesses going amid the pandemic has been especially difficult.

For months, it’s been a roller coaster of emotions.

“There were a couple of nights I didn’t sleep, there were nights I slept well,” Sadiq said.

Sadiq has a team of six other people helping out.

“I specialize in diamond goods, 80 percent of what I do is build and design, is design and build engagement rings,” Sadiq said.

He said within the last eight months, sales have been picking up.

“We’re back on track now, I thank God for that,” Sadiq said.

As for Small Business Saturday, owners saw a good turnout.

“This has probably been a record year for today,” said Bruna Brundige, who is a business partner at CornerSmiths in Canal Winchester.

“We have been a little concerned about what this year would mean for us, but again, it’s been extraordinary really,” Brundige said.

The business had a wait outside of their store on Saturday and took extra precautions when it came to keeping their customers safe.

“We’re prepared for it, we have disposable masks that we had out of course, and sanitizer everywhere. We have the floor marked for six feet apart waiting and when we’re checking out, and again we only allow a certain amount of people in at a time,” Brundige said.

When it comes to shopping local, owners said for them, they feel their products are one of a kind.

“It’s about offering that special design or that special gift, like I use the cutting boards as a great example. I create these special moments and they come in and just cry at the register as they pick it up, because it’s just so special and a big box store can’t compete with that,” Jolliff said.

As for the community’s support this year, during such a difficult time, owners said it’s appreciated.

“Thank you, just thank you, thank you and they’ve all been patient when we’ve asked them to wait, 99.9 percent are respecting the governor’s wishes, which has been terrific, keeping us safe and keeping themselves safe, and nothing but love for all of them,” Brundige said.

Some may not be exactly where they were last year in sales, but they are pushing forward and hoping the support continues.

“We have to stay positive and we have to look at the good side,” Sadiq said.

When it comes to businesses helping one another, the Economic and Community Development Institute (ECDI), a community microlender headquartered in Columbus, is working hard this year.

ECDI was able to grow its loan volume by nearly 300 percent and loan nearly $12 million to 400 small businesses in Ohio.

From April to September, ECDI helped created or sustain 1,571 jobs across Ohio.

ECDI has launched an updated website that features a “Support Local Store” and links to local businesses that are offering holiday specials, which can be found here.

“We are running a support local campaign with the goal of kind of informing people and really encouraging people to support local, with every dollar that you spend with a local small business, upwards more than 60 percent, more than 60 cents of that dollar stays in your local economy,” said Amee BellWanzo, Chief Marketing Officer of ECDI.