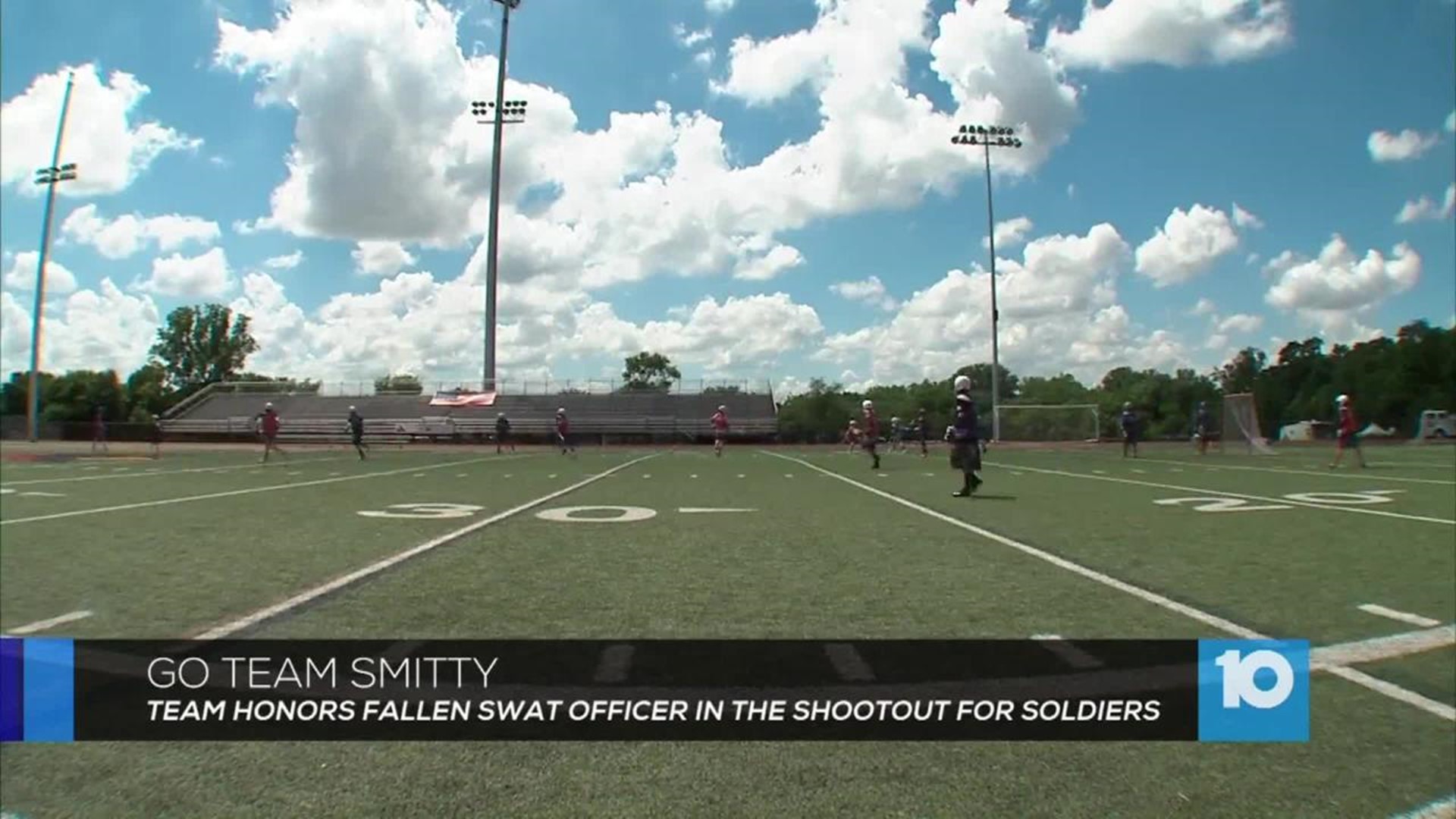 A team of 5th- and 6th-grade boys stood with their hands over their hearts as a male quartet sang the national anthem at Thomas Worthington High School.

Soon, they would play in the Shootout for Soldiers, a 24-hour fundraiser of back-to-back lacrosse games.

“One, two, three…Team Smitty,” the team shouted together.

The goal is to raise money for American troops.

“We're playing for fallen SWAT officer Steve Smitty,” Cory Kahoun said. “His son Jesse is a veteran of the Marines.”

Kahoun says several teammates and their parents asked how they could honor Columbus SWAT Officer Steve Smith after he was shot and killed in the line of duty in April.

Kahoun says he spent many practices talking with his teammates about the legacy of Officer Smith.

“With Steve Smith, he never gave up. He was always prepared. So leading into games we always came that way,” Kahoun said.

Sam Scott is a 13-year-old player on the team. He called Officer Smith a “brave man.”

“For me, (playing for Smith) would make me feel like I'm playing in his honor,” Scott said.

The feeling was mutual among the team.

“I'm just happy to play for him cause he's not here,” Jake Kahoun, Coach Kahoun’s son, said. “I think he would enjoy this event.”