Angelo Blackwell was wanted in the robbery of Buckeye Gun Dealer in Newark that happened on Nov. 3. 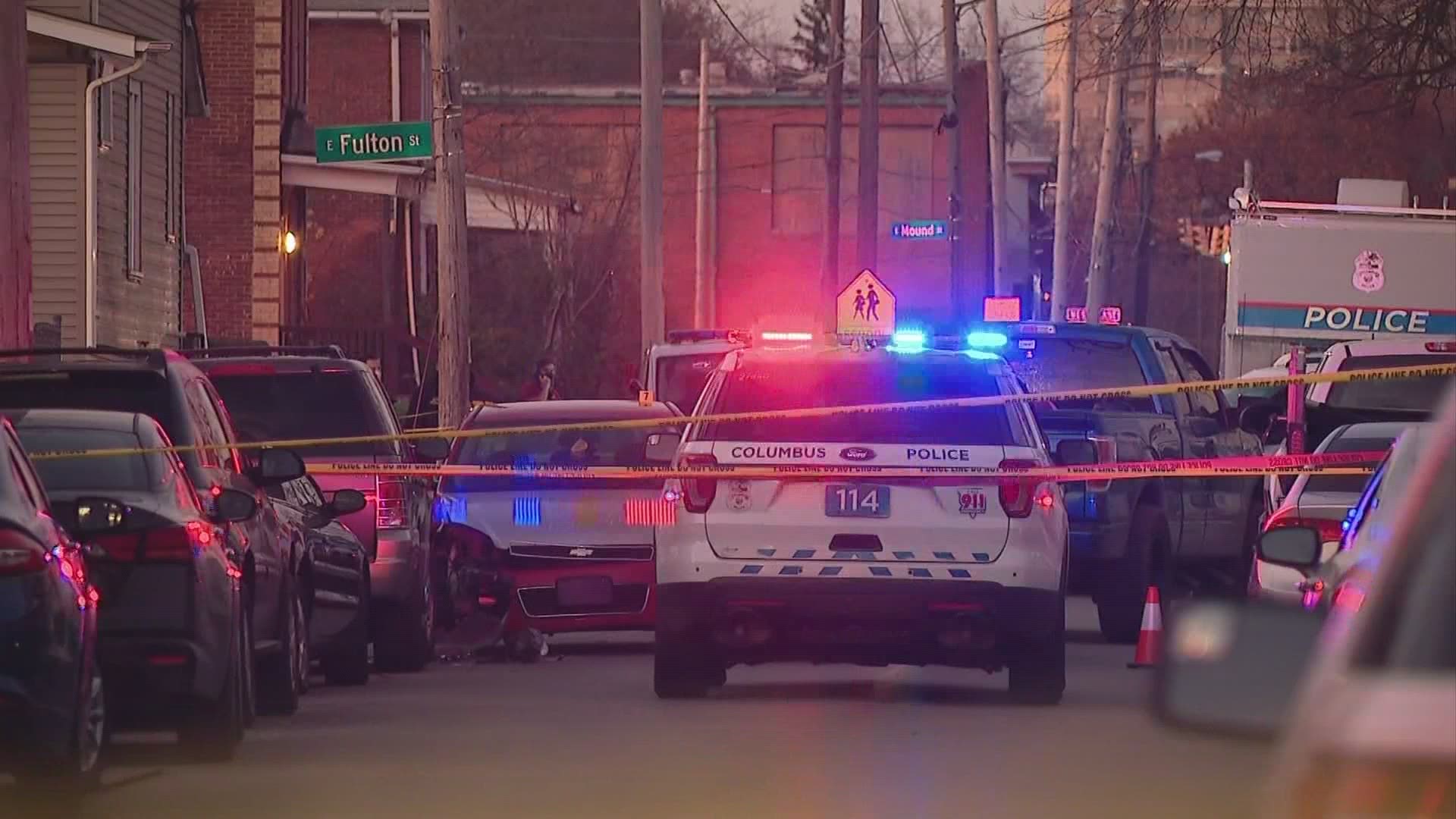 COLUMBUS, Ohio — A suspect faces federal charges after a shooting involving an agent from the Bureau of Alcohol, Tobacco, Firearms and Explosives (ATF) Thursday afternoon.

Columbus police said the shooting happened around 3:40 p.m. near the intersection of Kelton Avenue and East Fulton Street.

According to police, ATF agents were investigating a burglary at Buckeye Gun Dealer that took place on Nov. 3 and identified 22-year-old Angelo Blackwell as a person of interest in the area and requested the assistance of Columbus police.

Blackwell left the area after being stopped by a cruiser and police remained in the area looking for the vehicle.

An ATF agent was patrolling the area and his vehicle collided with Blackwell's vehicle.

Police said Blackwell was driving the wrong way down a one-way street.

According to an affidavit filed in court, Blackwell got out of his vehicle and started running toward Columbus police officers and other people in the area.
While Blackwell was running toward officers, an ATF agent shot Blackwell, the U.S. Attorney's Office said.

Blackwell was taken to Grant Medical Center in critical condition but is expected to survive.

Blackwell is charged with illegally possessing a firearm as a convicted felon.

Police said all agents and officers are accounted for and are OK.

The agent’s use of force will be reviewed by the ATF’s Force Review Branch in Washington D.C. and by the Columbus Division of Police’s Critical Incident Response Team.