Seeking support for gun actions, Obama tears into the NRA

In a prime-time, televised town hall meeting, Obama dismissed what he called a "conspiracy" alleging that the federal government - and Obama in particular - wants to seize all firearms. 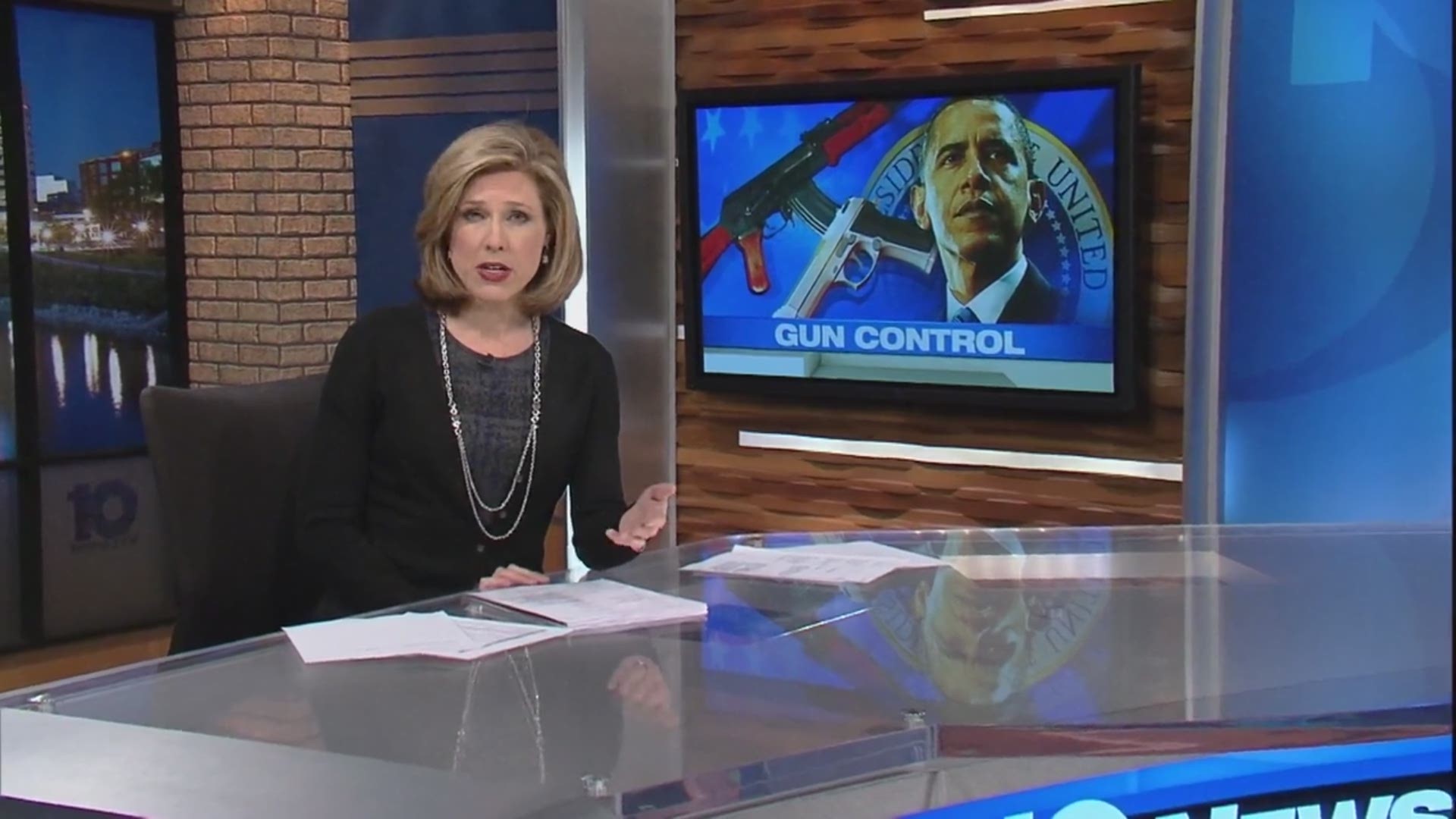 President Barack Obama tore into the National Rifle Association on Thursday as he sought support for his actions on gun control, accusing the powerful lobby group of peddling an "imaginary fiction" that he said has distorted the national debate about gun violence.

In a prime-time, televised town hall meeting, Obama dismissed what he called a "conspiracy" alleging that the federal government - and Obama in particular - wants to seize all firearms as a precursor to imposing martial law. He blamed that notion on the NRA and like-minded groups that convince its members that "somebody's going to come grab your guns."

"Yes, that is a conspiracy," Obama said. "I'm only going to be here for another year. When would I have started on this enterprise?"

Obama defended his support for the constitutional right to gun ownership while arguing it was consistent with his efforts to curb mass shootings. He said the NRA refused to acknowledge the government's responsibility to make legal products safer, citing seatbelts and child-proof medicine bottles as examples.

Taking the stage at George Mason University, Obama accused the NRA of refusing to participate in the town hall despite having its headquarters nearby.

"Since this is a main reason they exist, you'd think that they'd be prepared to have a debate with the president," Obama said.

NRA spokesman Andrew Arulanandam said beforehand that the group saw "no reason to participate in a public relations spectacle orchestrated by the White House." Several NRA members were in the audience for the event, which was organized and hosted by CNN. And the NRA pushed back on Twitter in real time, noting at one point "none of the president's orders would have stopped any of the recent mass shootings."

The White House has sought to portray the NRA, the nation's largest gun group, as possessing a disproportionate influence over lawmakers that has prevented new gun laws despite polls that show broad U.S. support for measures like universal background checks. Last year, following a series of mass shootings, Obama pledged to "politicize" the issue in an attempt to level the playing field for gun control supporters.

The American Firearms Retailers Association, another lobby group that represents gun dealers, did participate Thursday. Asked how business had been since Obama took office, Jacob replied: "It's been busy."

"There's a very serious concern in this country about personal security," he added.

Obama's actions on guns have drawn major attention in the presidential campaign, with the Democratic candidates backing Obama and the Republicans unanimously voicing opposition. Donald Trump, addressing a rally in Vermont just as Obama was holding the town hall, said he would eliminate gun-free zones in schools on his first day if elected to the White House.

"You know what a gun-free zone is for a sicko? That's bait," Trump told the crowd.

Obama's broadside against the NRA came two days after unveiling a package of executive actions aimed at keeping guns from people who shouldn't have them. The centerpiece is new federal guidance that seeks to clarify who is "in the business" of selling firearms, triggering a requirement to get a license and conduct background checks on all prospective buyers.

The plan has drawn intense criticism from gun rights groups that have accused the president of trampling on the Second Amendment and railroading Congress by taking action on his own without new laws. Just after his 2012 re-election, Obama pushed hard for a bipartisan gun control bill that collapsed in the Senate, ending any realistic prospects for a legislative solution in the near term.

Part of a concerted White House push to promote the effort, the town hall attracted a number of high-profile figured in the gun debate, including former Rep. Gabrielle Giffords, who was shot in 2011. Obama took questions from Taya Kyle, whose late husband was depicted in the film "American Sniper," and Cleo Pendleton, whose daughter was shot and killed near Obama's Chicago home.

Ahead of the town hall, Obama put political candidates on notice that he would refuse to support or campaign for anyone who "does not support common-sense gun reform" - including Democrats.

All the candidates running for the Democratic presidential nomination support stricter gun laws, so Obama's declaration in a New York Times op-ed isn't likely to have an impact on the race to replace him. Instead, it appeared aimed at Democratic congressional candidates from competitive districts who might want Obama's support on the campaign trail this year.