A tornado tore through a farm in Chillicothe Saturday morning and a security camera captured the moments. 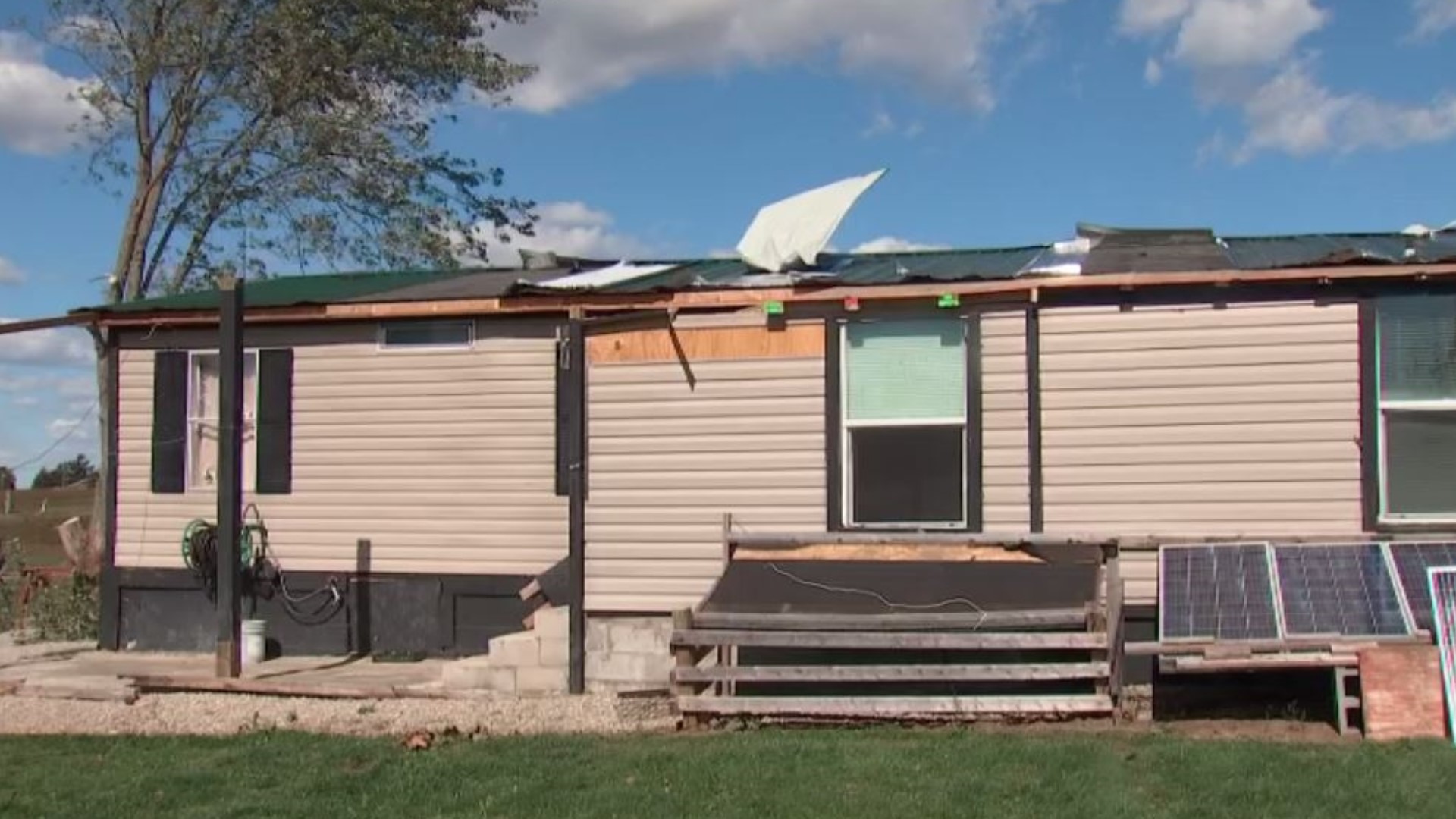 “What woke me up is the whole entire house was shaking, the bed literally started bouncing,” said Nichols. “I was wondering what the heck was going on.”

Outside security video captured the conditions. Heavy rain and hail mixed with high winds swept across his family’s farm in Chillicothe.

“We had a lot of wind damage. My whole back porch was gone,” said Nichols. “We’ve found material from my one barn about three or four houses down. About half a mile.”

The National Weather Service says a confirmed EF0 tornado had an estimated maximum wind speed of 85 miles per hour. It was up to 75 yards wide and reportedly traveled 3.4 miles. It only lasted about 6 minutes.

The tornado that went through this farm was one of three tornadoes in Ross County. The worst one that night had an EF2 rating. Two tornados hit in Highland County, and one was recorded in Pickaway County.

All six stemmed from the same supercell, according to the NWS. The supercell was also responsible for six more tornadoes in Indiana and Pennsylvania.

Nichols says his family and neighbors are doing okay despite the storm causing, ‘quite a bit of damage here.’