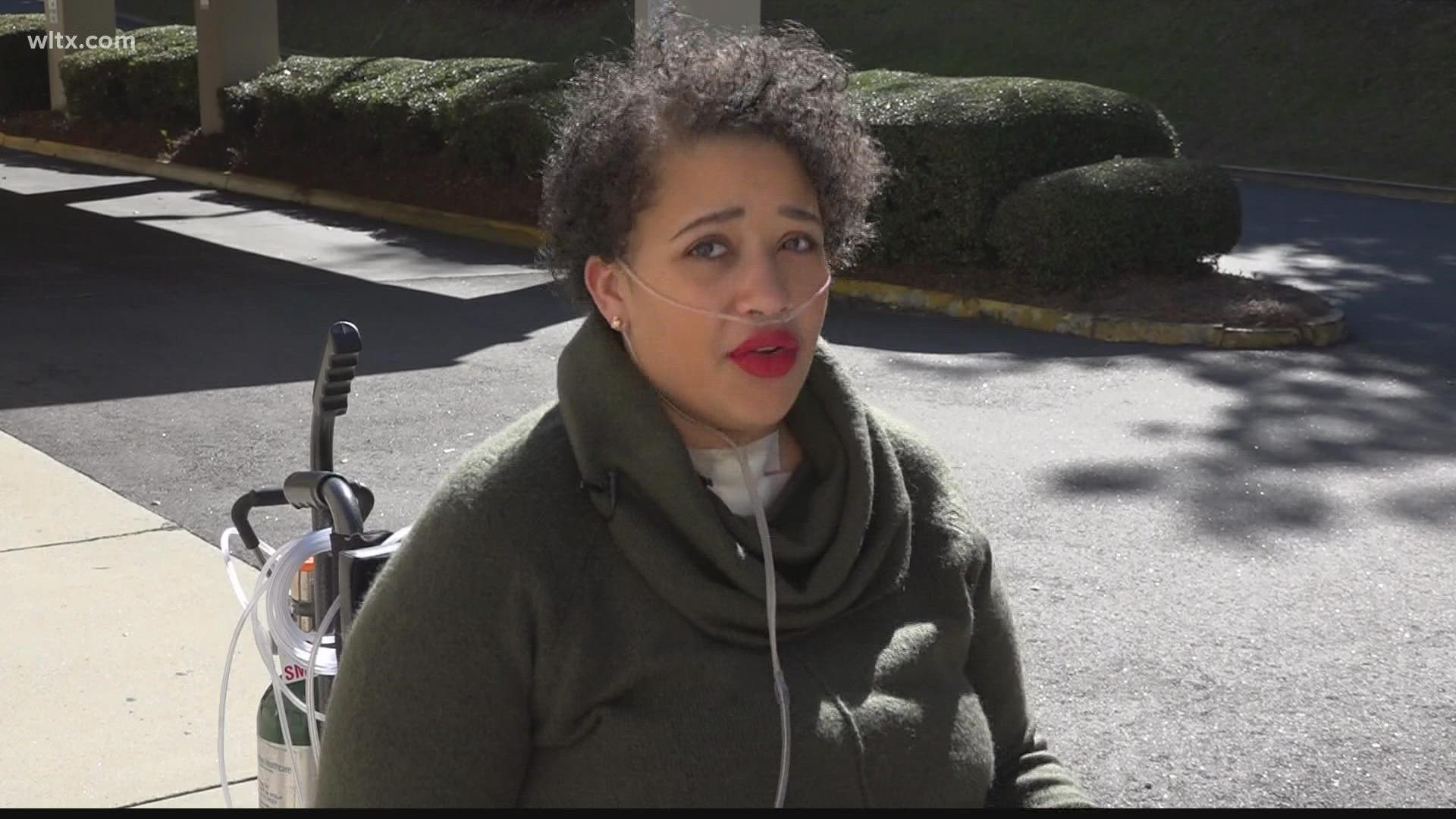 COLUMBIA, S.C. — It has been a long time coming for Cierra Chubb and her family of five, as she's finally home after a harrowing battle for her life with COVID-19.

After giving birth to a baby boy while battling COVID in July, she spent three months in the hospital, including time on a ventilator. After all that, she spent a week and a half of physical therapy and rehab.

"This day’s incredible because normally you have a goal to work towards and obviously the goal was always to get home, but when I was still on the ventilator and in the hospital there was no end in sight,"  Chubb said Monday as she left Encompass Health physical rehabilitation center where she received treatment.

Rolling through the doors of the rehab center and back into the arms of her loved ones was all she’s wanted. In addition to her newborn, she also had two older children waiting for her.

"My son’s birthday’s actually at the end of this month, so my goal was always to be out of the hospital before the end of November so I can be there for that," Chubb said.

Ashley McCullough, Cierra’s lead physical therapist, said she’s made so much progress since she first arrived at Encompass Health.

"The first day we started she just wore out really quickly. Simple tasks, getting up, getting herself dressed for the day, walking short distances, getting up and down a step," McCullough said.

RELATED: Mom reunited with newborn after being hospitalized for 85 days with COVID-19

Now Cierra is standing firm all on her own.

"Motivation was never an issue," McCullough said. "She has four people at home, ready and waiting for her, depending on her and she just pushed herself. She was fantastic,"

So what’s next for Cierra? She said loving on her family in person and taking things nice and easy. Cierra said she couldn't wait to return to her entire family and start caring for her newborn baby.

Cierra's work recovery isn't entirely over. She'll work with a home healthcare company to continue her physical therapy at her house, and she'll have follow up visits with her doctors over the course of the next few months.