The 27 laps amounted to 110 flights of stairs; the equivalent of one World Trade Center tower. 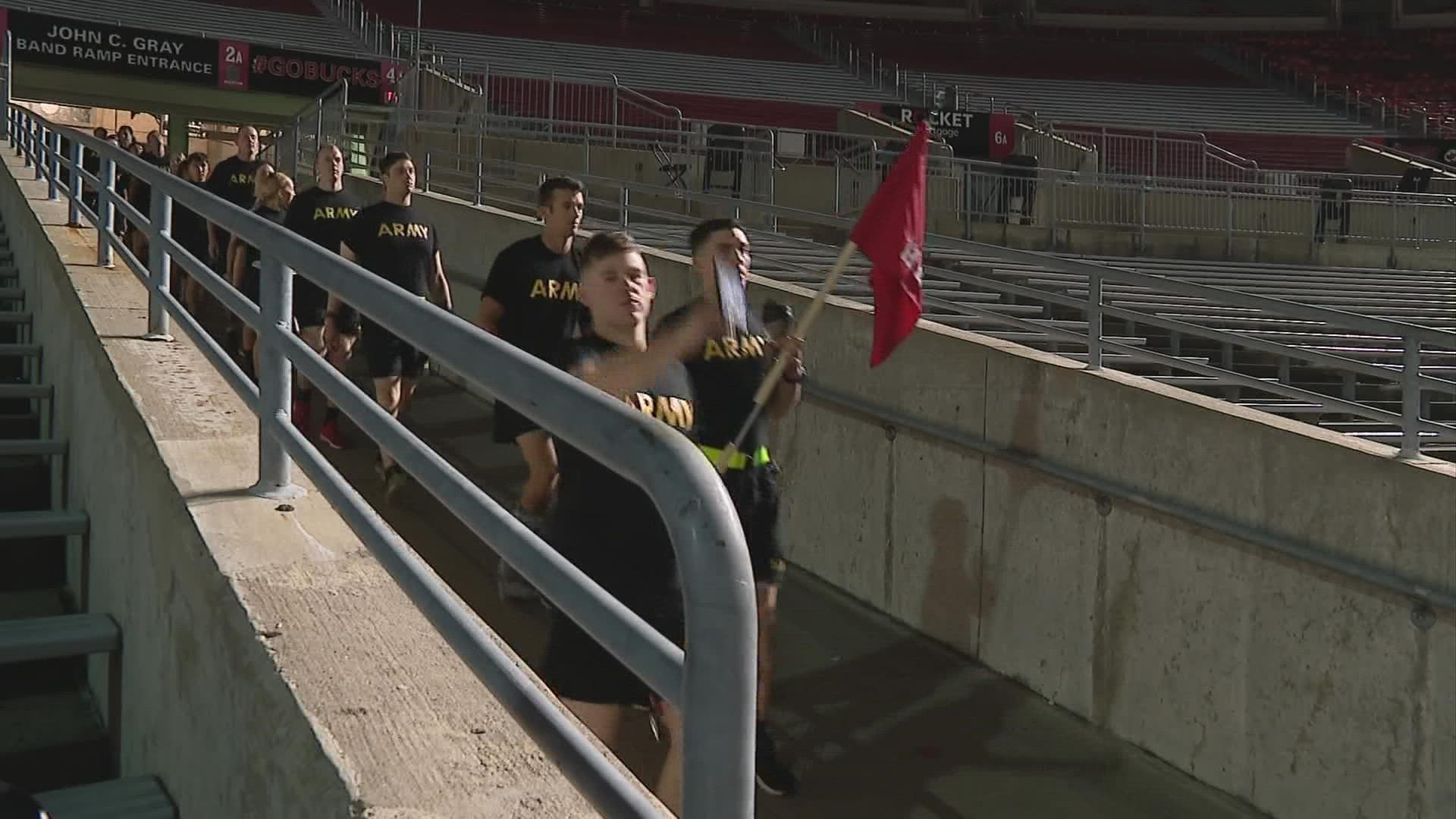 COLUMBUS, Ohio — The stands at Ohio Stadium will soon be filled with cheering fans as Saturday’s home opener kicks off against Oregon. On Thursday, they served a different purpose.

Ohio State ROTC cadets ran 27 laps around a section of stadium seats, but it was more than an average training session. In total, those 27 laps amounted to 110 flights of stairs; the equivalent of one World Trade Center tower.

Lieutenant Colonel Michael Kelvington was a student at West Point, roughly 40 miles north of where the Sept. 11 attacks took place. Kelvington did 13 tours in Afghanistan and knows just how much that tragic day changed American history.

Many of the students he helps now weren’t even alive on the day of the attacks in 2001. Of those who were, many were too young at the time to fully understand what was happening.

“My wife who also served in the Army, her father was in the Pentagon that day and she was a senior in high school… didn’t even know if her father was alive until later that afternoon,” said Kelvington. “That day means a lot to me both personally and professionally.”

It’s one of the reasons why he set up Thursday’s drills at Ohio Stadium; to help cadets connect with the first responders from that day.

Fans will see some of those cadets on the field before Saturday’s game when they present the flag for the National Anthem. Other members say they plan on being there for the first home game in some time.