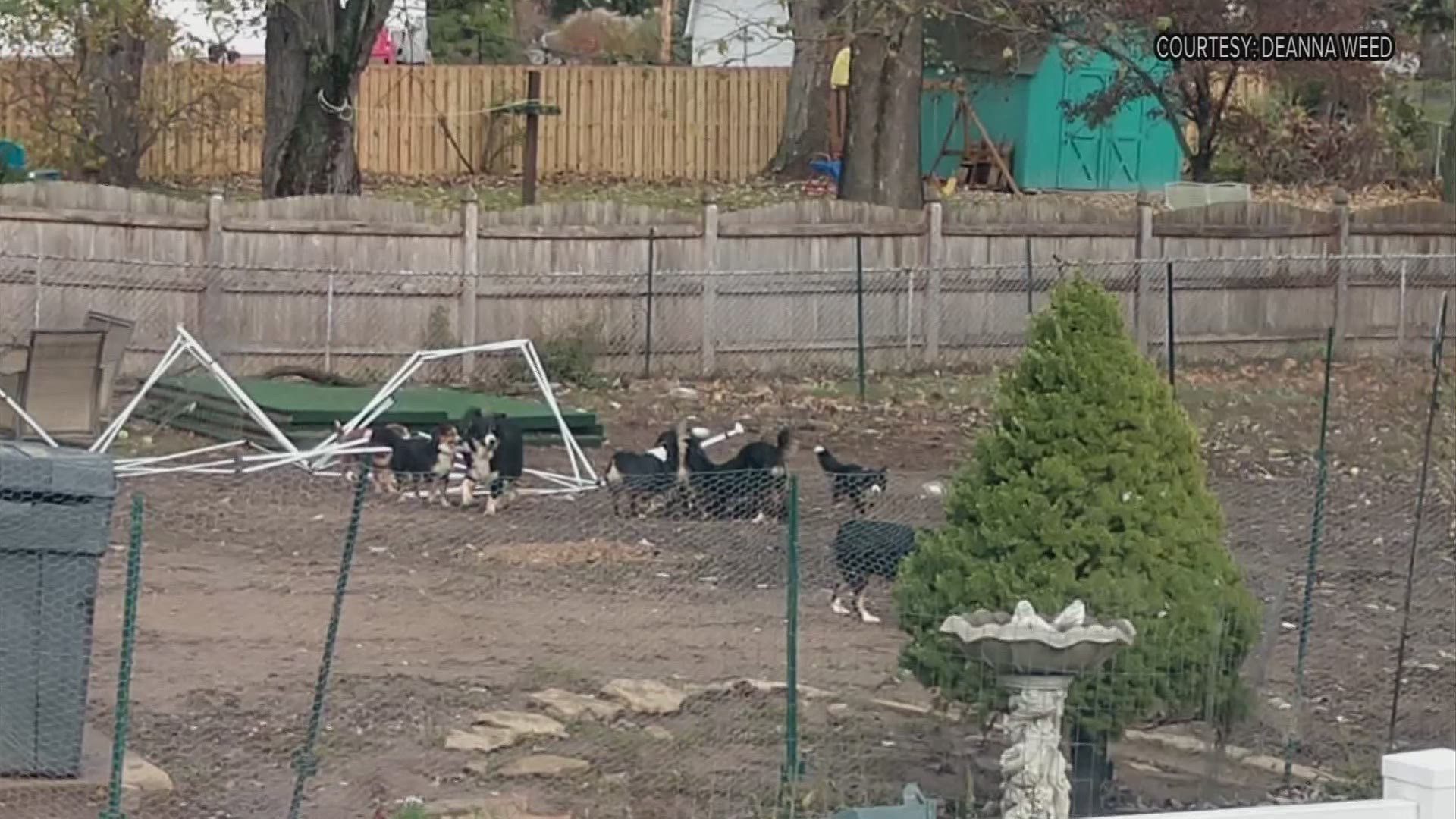 REYNOLDSBURG, Ohio — After more than 40 Australian Shepherds were rescued from a Reynoldsburg home Sunday, neighbors say they've spent years trying to bring awareness to the residence.

The police were called to the home on Sunday for a death investigation.

Columbus Humane posted online that the dogs were living in unhealthy conditions. Some of the dogs went to the Franklin County Dog Shelter while the others are being cared for at Columbus Humane.

Neighbors say they have notified officials about the large number of dogs at the home.

“It was just so bad that I actually had a conversation with them and said 'you know you’ve got to do something with these dogs, it’s out of hand',” said neighbor Deanna Weed.

Weed and others living nearby wrote several letters to different government agencies about the large number of dogs getting into their yards, hurting their pets and causing a strong odor in the neighborhood.

“My daughter-in-law, she came over for my husband’s birthday and we were sitting out front. She physically got ill from the smell from next door,” Deanna said.

Current Reynoldsburg City Attorney Chris Shook said the Department of Agriculture launched an investigation in 2019 on the home.

“[It was an] investigation to determine if this was a high-volume commercial breeder who needed to be licensed with the state,” Shook said.

The investigation found that “the condition of the dogs as well as the property did not meet the threshold of inhumane.”

Weed said she and others continued to reach out to leaders in Reynoldsburg and from state departments to have something done.

She said after several complaints on the animals, the owners moved them inside for the last year to keep them away from neighbors.

He said one of the issues as to why the dogs were never removed stems from lack of enough evidence for government agencies to act.

Leaders were never able to gather enough evidence to request a warrant.

The house was condemned and Shook said they are working to find housing for an occupant of the home.

Columbus Humane posted on its Facebook page that the dogs have a variety of medical needs, most of which are due to overcrowding.

Pending vet evaluations, they said they anticipate the dogs will become available on Dec. 18.

Columbus Humane will make an announcement before the dogs become available to give people time to make an adoption appointment.

Columbus Humane's website is always updated with new animals in need of a home.