Mary Catherine Edwards, 31, was found dead in the upstairs bedroom of her townhouse by her father in Beaumont Texas on Jan. 14, 1995. 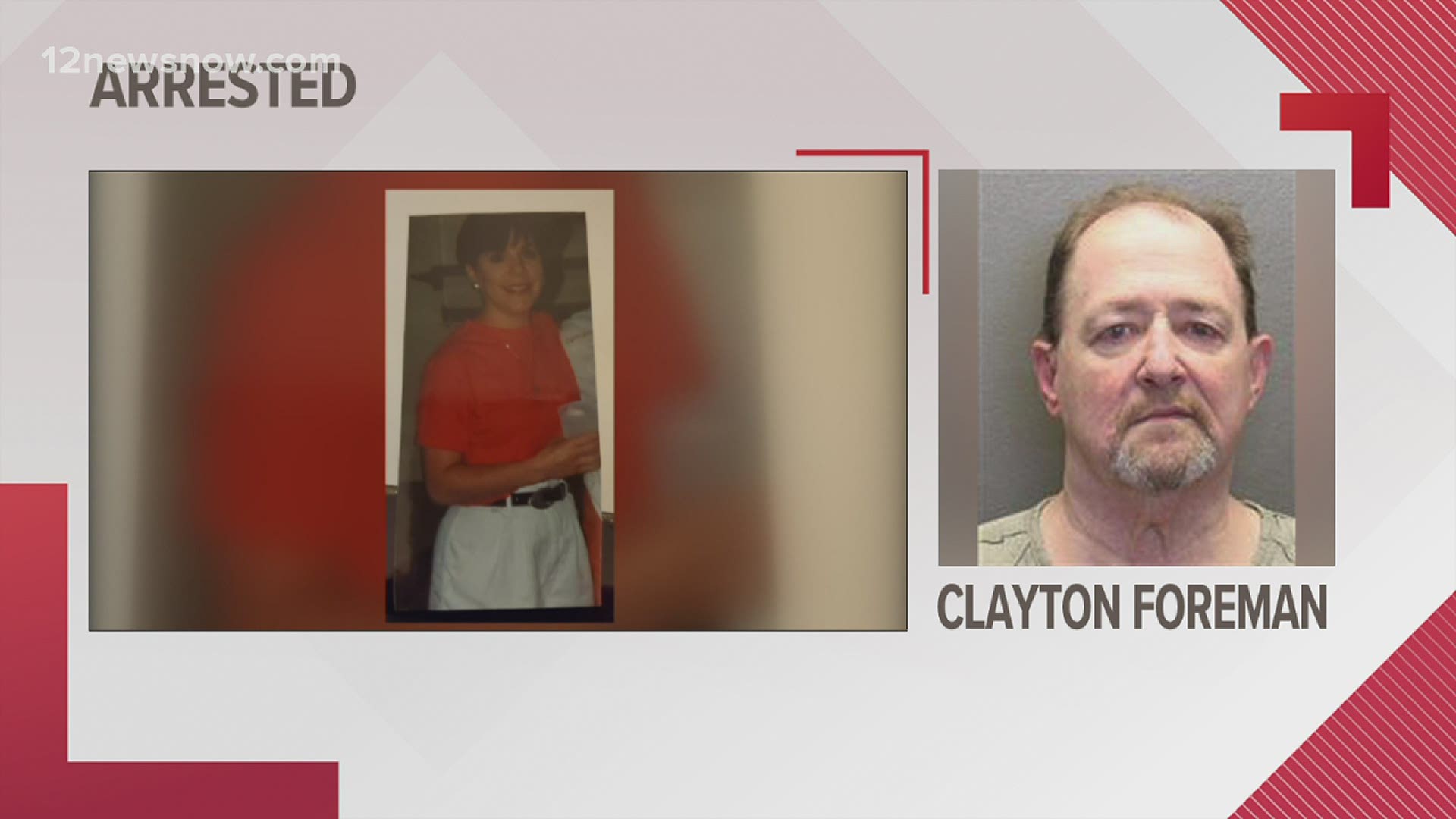 BEAUMONT, Texas — A Reynoldsburg man is charged with capital murder in the death of a Texas teacher in 1995.

Mary Catherine Edwards, 31, was found dead in the upstairs bedroom of her townhouse by her father in Beaumont, Texas on Jan. 14, 1995.

According to a court affidavit obtained by KBMT, police matched DNA from Edwards' home to Foreman thanks to a genetics website.

The affidavit says that investigators identified second cousins of the suspect from the website and were able to work up a family tree.

During their investigation into Foreman, detectives discovered he pled guilty to raping a classmate at Forest Park High School in 1981.

In that case, police said that Foreman gave the victim a ride home after finding her stranded at a gas station. Police say Foreman "bound her hands behind her back with a belt and held a knife to her throat" before sexually assaulting her.

Police say that the 1981 rape had a number of similarities with Edwards' murder.

Her parents became concerned after phone calls went unanswered. When they went to her house to check on her, they found her drowned in an upstairs bathroom.

The probable cause affidavit says that Edwards was found in a bathtub with her hands handcuffed behind her.

Evidence at the time showed that she had been sexually assaulted before she was killed, according to a news release from the Texas Department of Public Safety.

"There are numerous similarities in the 1981 case and the Edwards' murder," the affidavit states. "First, Edwards and the first victim both went to high school with the suspect. Secondly, their hands were bound behind their back. Thirdly, both were sexually assaulted."

Police say that in the 1981 rape, Foreman claimed to be a police officer, and they say the suspect used police tools during Edwards' murder.

Foreman was arrested and charged with capital murder last week. He is awaiting extradition back to Texas.