Columbus police say they were responding to a bar in the Short North after they say they received multiple calls on crowds Friday. 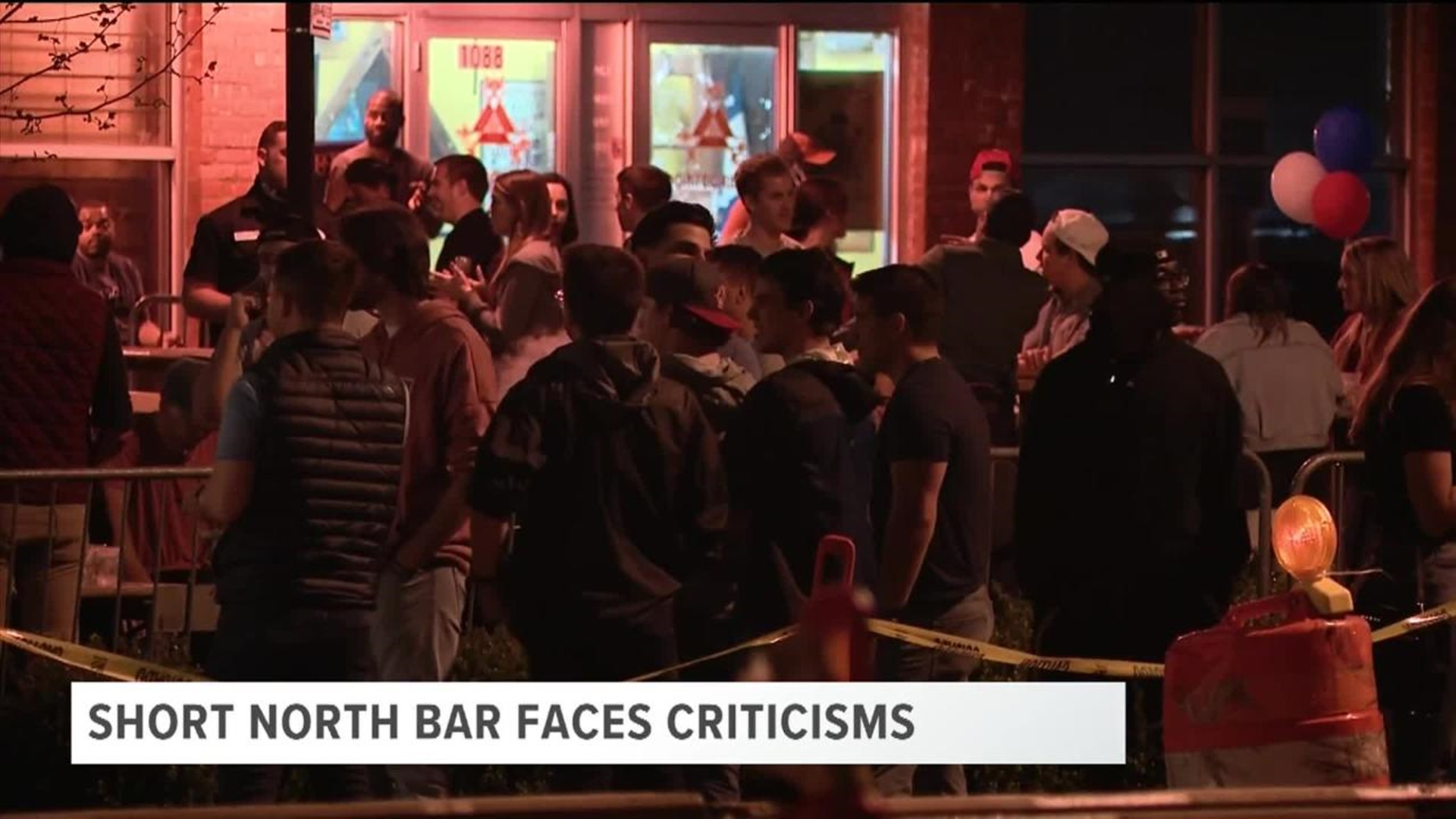 COLUMBUS, Ohio — Columbus police say they were responding to a bar in the Short North after they say they received multiple calls on crowds Friday.

Police say people called at around 7 p.m., saying there were dozens of people gathered at Standard Hall's patio located on North High Street and not complying with social distancing.

A photo of the bar taken by a 10TV photographer shows patrons at the patio Friday evening.

Protocols from the Ohio Department of Health mandated a minimum of 6 feet between parties waiting and dining and using barriers, if possible, to divide them. Other mandates include sanitizing surfaces and the closure of open spaces if they are not necessary for the preparation and service of food and beverages.

Standard Hall put out a post on social media early Saturday, saying in part, "after a positive interaction with local police, fire, and health representatives - Standard Hall is implementing suggestions and guidance to ensure the continued safety of our guests and staff."

"Moving forward we will be asking customers to stay seated at their tables and be cognizant of the distance between themselves and other groups."

Corso Ventures, which owns Standard Hall, told 10TV Friday night that they posted safety and sanitation guidelines throughout the venue, saying their tables are spaced 6 feet apart and are not allowing parties of more than 10 at each table. They say guests were also encouraged to adhere to social distancing guidelines and wear face coverings.

Read their statement from Friday night below:

"Standard Hall has exactly 45 tables on the patio, spaced 6ft apart. Based on the guidelines set forth by the state, we are not allowing parties of more than 10 at each table. All of our staff is undergoing wellness checks prior to and during their shift, washing their hands frequently, and using protective face coverings. Eight sanitation stations were set up around the venue for customer use. Guests have been encouraged to adhere to social distancing guidelines and to wear their own protective face coverings.

We understand the concern of the community and we are taking active measures to ensure the health and safety of our guests and staff."