Reporter's Notebook: The day I met Donald Trump for an interview

As a news reporter more often than not you know ahead of time who you are going to interview so you can prepare. 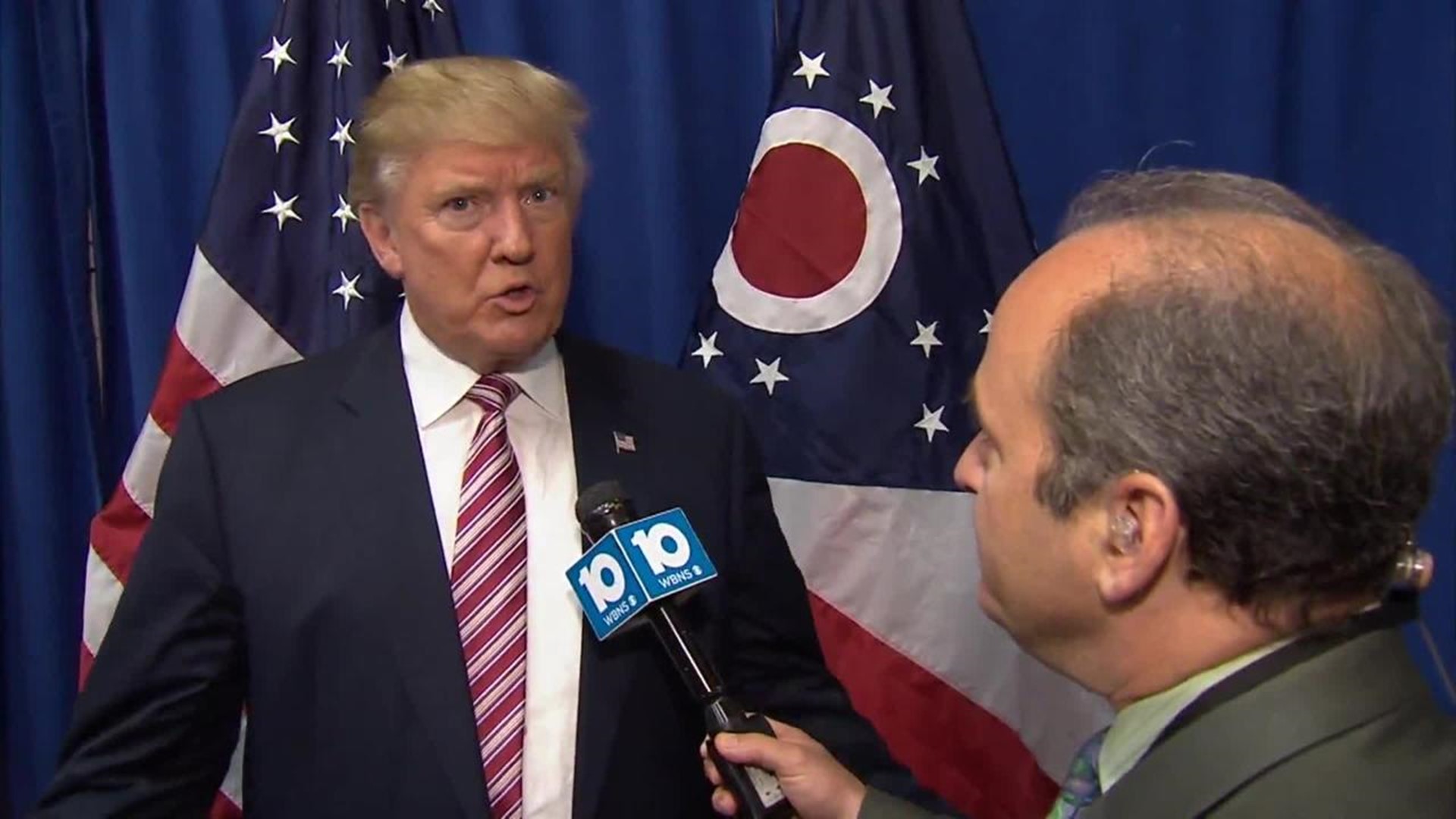 As a news reporter more often than not you know ahead of time who you are going to interview so you can prepare.

But in an election year, things move at a quicker pace, and often times you’re thrust into a news event you don’t expect.

That was the case involving Donald Trump Thursday in Delaware.

Trump was speaking at the Delaware County Fairgrounds and while I was getting ready to prepare for his speech-- like the dozens of other reporters-- one of his campaign members came over and said, “There’s a possibility Mr. Trump may do one-on-one’s.”

That means you and Mr. Trump alone, along with dozens of members of the secret service and the local sheriff’s department.

So I waited, and my first thought was this isn’t going to happen. I’ve done this before, and often times the candidate is running late and decides there isn’t enough time.

About a half-hour before Mr. Trump was to take the stage, his assistant gathered me and another reporter to escort us to a room where we would meet the Republican nominee for President.

Dodging mud puddles and raindrops we walked outside the event and entered a barn door at the fairgrounds where we were ushered into a small room behind a blue curtain that led to the stage.

We were told that we could ask between three and five questions and they insisted we ask questions that have to do with Ohio.

As I waited I received an update from our newsroom on my phone. It was a breaking news story that Mr. Trump was accused again by another woman that he groped her.

As a journalist, I had an obligation to make sure Mr. Trump would get the opportunity to respond.

So there I waited and waited. A black wooden door opened, and someone on the other end said, “Right this way.”

As I passed through a small army of law enforcement, Mr. Trump was standing by the Ohio and US flags.

He reached out to shake my hand and we both said “hello.” He had a good, firm handshake. He wasn’t as orange as he often looks on TV.

He asked my photographer to dim his camera light a bit; he did, and I was ready with my first of three of questions.

My final question dealt with the allegation involving this woman.

Mr. Trump’s handlers tried to stop him from answering, but he simply said, “ I know nothing about it. I don’t know what you’re talking about,” and he walked off.

As uncomfortable as this can be for a news reporter, and even for a candidate running for President, tough questions need to be asked especially if someone is running for the most powerful position in the world.

It was Mr. Trump's first remarks to the allegation. It wasn’t much, but questions need to be asked.

It’s the job of a news reporter.