'Put the guns down': Woman killed near vigil for man murdered one year earlier

Members of the organization Mothers of Murdered Columbus Children attended the vigil for Jarrin Hickman Saturday evening, who was killed one year earlier. 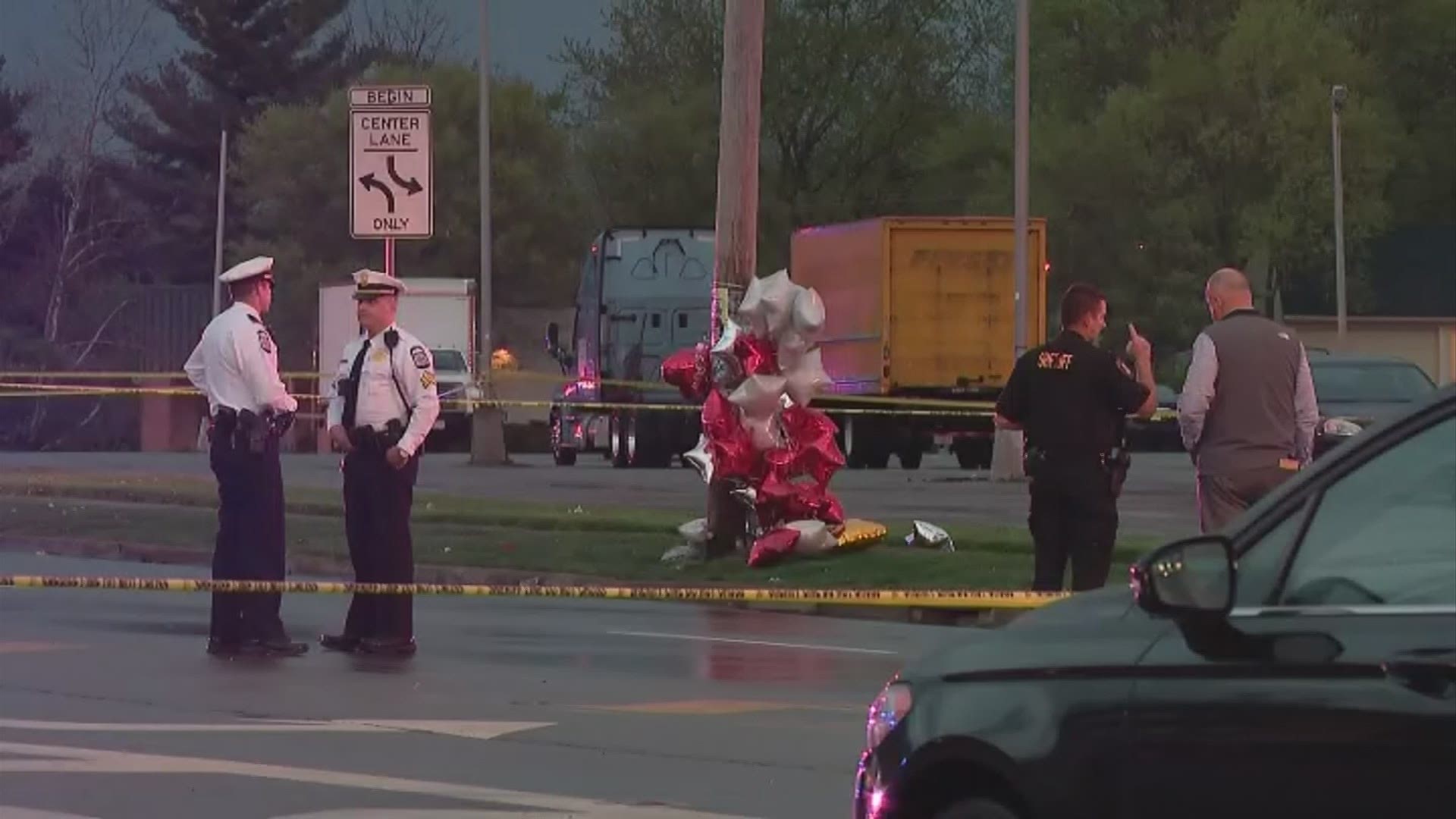 Carpenter was driving in a shopping center, when someone opened fire on a nearby vigil. She was killed, while five others were injured, including a 12-year-old child.

Around 7 p.m. Saturday, one family was grieving, but 30 minutes later, another family would join them.

Officials say around 7:30 p.m., someone inside a black SUV began firing on the group that was mourning the loss of Jarrin Hickman. He was murdered at the same location one year earlier.

“An event that was there to honor the deceased, the loss of a loved one, turned into a traumatic event for another family, other families, and then a second layer of trauma that this family is experiencing,” said Thomas-St. Clair.

Thomas-St. Clair’s organization was at the vigil Saturday but left just 10 minutes before the shooting began. The Franklin County Sheriff's Office says someone inside a black SUV, possibly a Dodge Durango, is responsible.

“We mothers are begging you, I'm coming in speaking from the heart of every mother in the city, I'm asking you, please, I'm begging you put the guns down,” said Thomas-St. Clair.

The Franklin County Sheriff’s Office says they have limited information about suspects in this case. Anyone with information about the shooting is asked to call 614-525-3351. Tipsters can choose to remain anonymous.