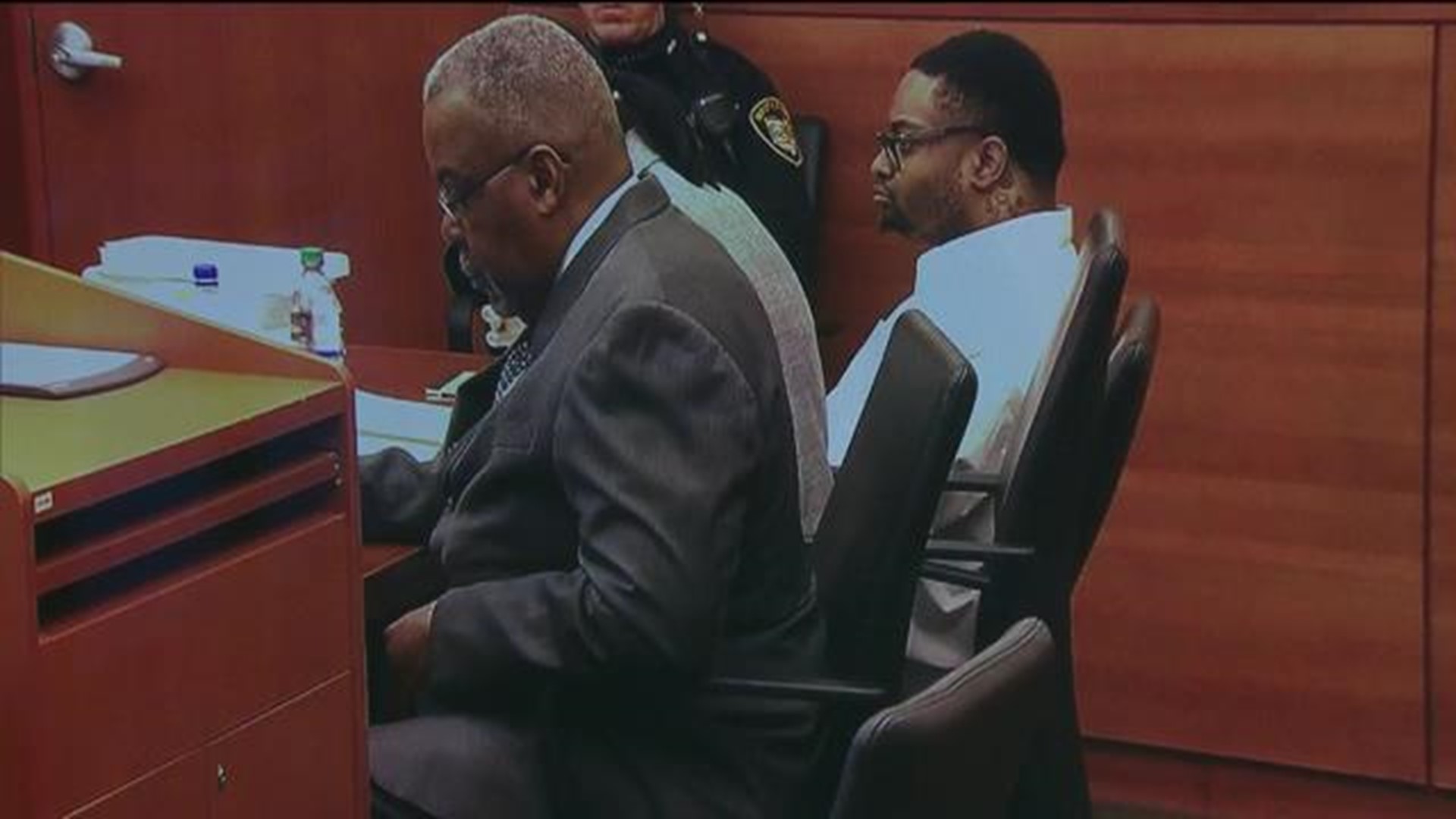 Attorneys for the man who killed two Westerville police officers are trying to make the case for a life sentence, instead of the death penalty.

Tuesday, with the testimony of a forensic psychologist, his attorneys tried to make the case that he shouldn't be judged solely on his actions February 10, 2018.

"You're looking at Quentin's moral culpability in this case, you're looking at all the facts of his life, the offense, everything about this case, and you balance this to see if there are mitigating circumstances that could affect your decision," said Dr. John Fabian, who evaluated Quentin Smith and his background "There's certainly early childhood abuse and neglect. There's going to be a history of significant emotional verbal abuse by mom. I have concerns about physical abuse by mom. Sexual abuse that was really never disclosed. Neglect, just absent father."

He pointed to numerous mental health issues, including schizoaffective disorder, bipolar, and PTSD.

"In that incident didn't he threaten to kill her with that .40-caliber handgun?" asked O'Brien.

"I believe so, yeah," Fabian answered.

"Did he hold a gun to her head?" asked O'Brien.

"And he, while armed with a gun, threatened to kill her and the unborn baby?" O'Brien said of another incident.

"If she didn't leave with him," acknowledged Fabian.

"If she didn't leave with him," echoed O'Brien.

"It seems every woman that we can track the defendant with, he is engaging in domestic violence, threatening the with guns or assaulting them, is that correct?" asked O'Brien.

"Certainly he's made poor choices, I'm not going to deny that," Fabian told the jury. "But all of these other factors that I don't believe he had choices over, placed him at risk to be in those situations, and to make poor choices, and not to think about or consider or control himself."

As in the first phase of this trial, Smith did not testify.

Wednesday the jury returns for closing arguments and then will begin deliberations over whether he gets life, or death.