Protests, police, and reform: A look back at the past year

It's been a long year in Columbus, filled with protests, pain, and, in some eyes, the beginning of justice. 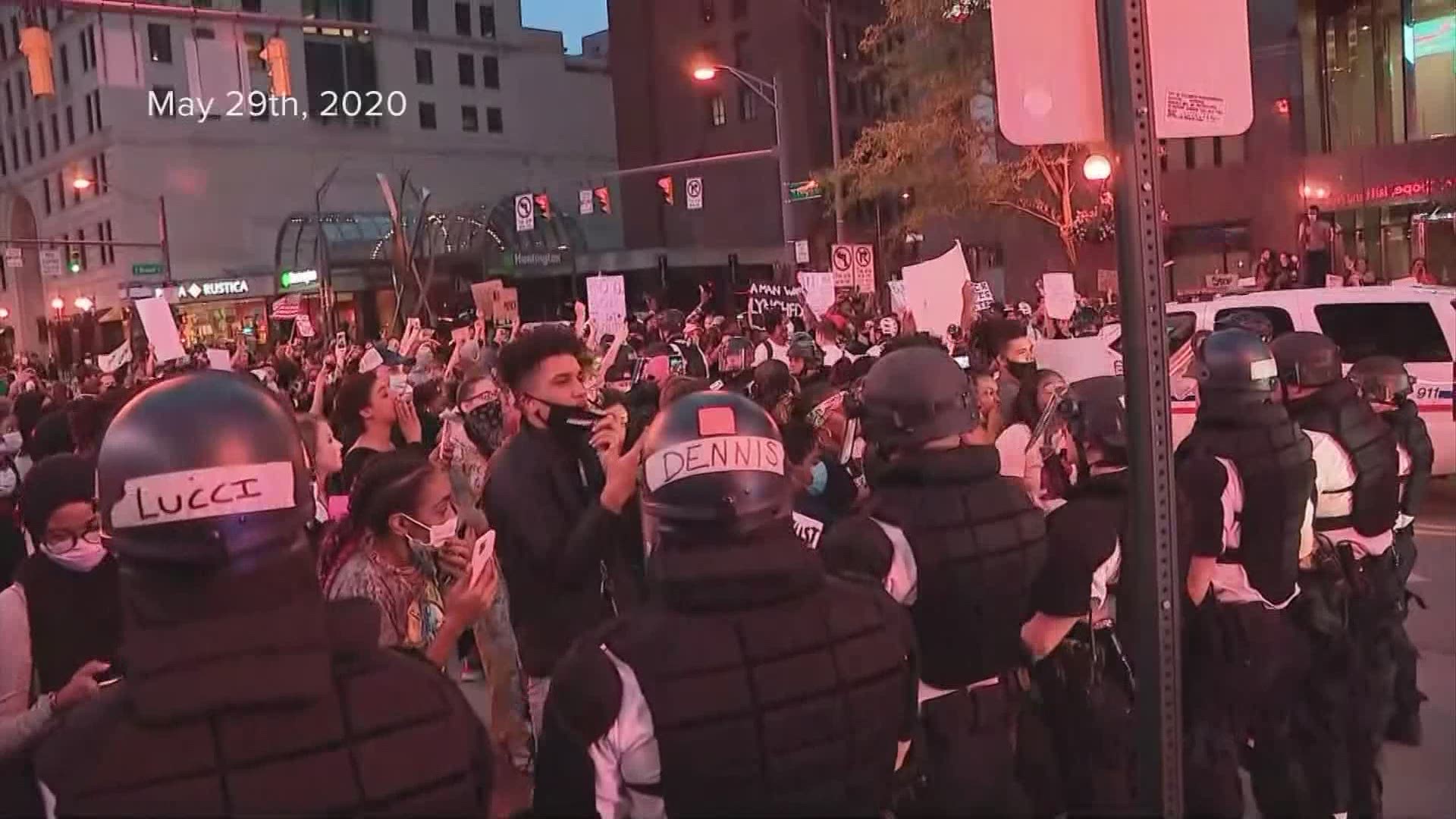 COLUMBUS, Ohio — It's been a long year in the City of Columbus; a year of protests, pain, and, in some eyes, the beginning of justice.

On May 25, 2020 Minneapolis Officer Derek Chauvin had his knee on George Floyd's neck for eight minutes and forty six seconds, resulting in Floyd's death.

That weekend, damage was done across the city and Mayor Ginther placed a curfew.

“What we do want though is for peaceful demonstrators to feel safe when asserting their first amendment rights and for the public to be protected against violence and destruction,” the Governor said on June 9.

“No chemical spray will be used… period,” the Mayor said on June 16.

A federal lawsuit was filed by protesters on July 8 who say they were injured. Rebecca Lamey says she was shot by a wooden bullet while protesting.

“I felt violated… I still do,” Lamey said.

At a meeting on July 24, Columbus City Council proposed the idea of an amendment on the November ballot to create a Civilian Review Board.

Fast forward to September when the city got the results from BakerHostetler, after the firm had 90 days to investigate whether officers' use of force was compliant with policy.

“I was surprised and at times angered at the results,” Ginther said on September 15.

The firm investigated 32 complaints. Only one was sustained.

In December, two Black men were killed in officer-involved shootings.

Andre' Hill was killed by Columbus Police on December 22nd.

The following month, the head of Columbus Police, Chief Thomas Quinlan, was demoted to deputy chief.

"Chief Quinlan could not successfully implement the reform and change I expect and that the community demands,” said Mayor Ginther.

“This never should have happened. She's a loving girl,” a relative said.

Leading to Wednesday, when three officers were charged stemming from incidents the first weekend of protests.

The officers are scheduled to be arraigned on July 8.

There are many loose ends left to be tied; we’ll be talking about the events of the past year for a while.