More than 100 people gathered for a peaceful but passionate protest on the steps of Columbus City Hall Monday against the shooting death of Tyre King. 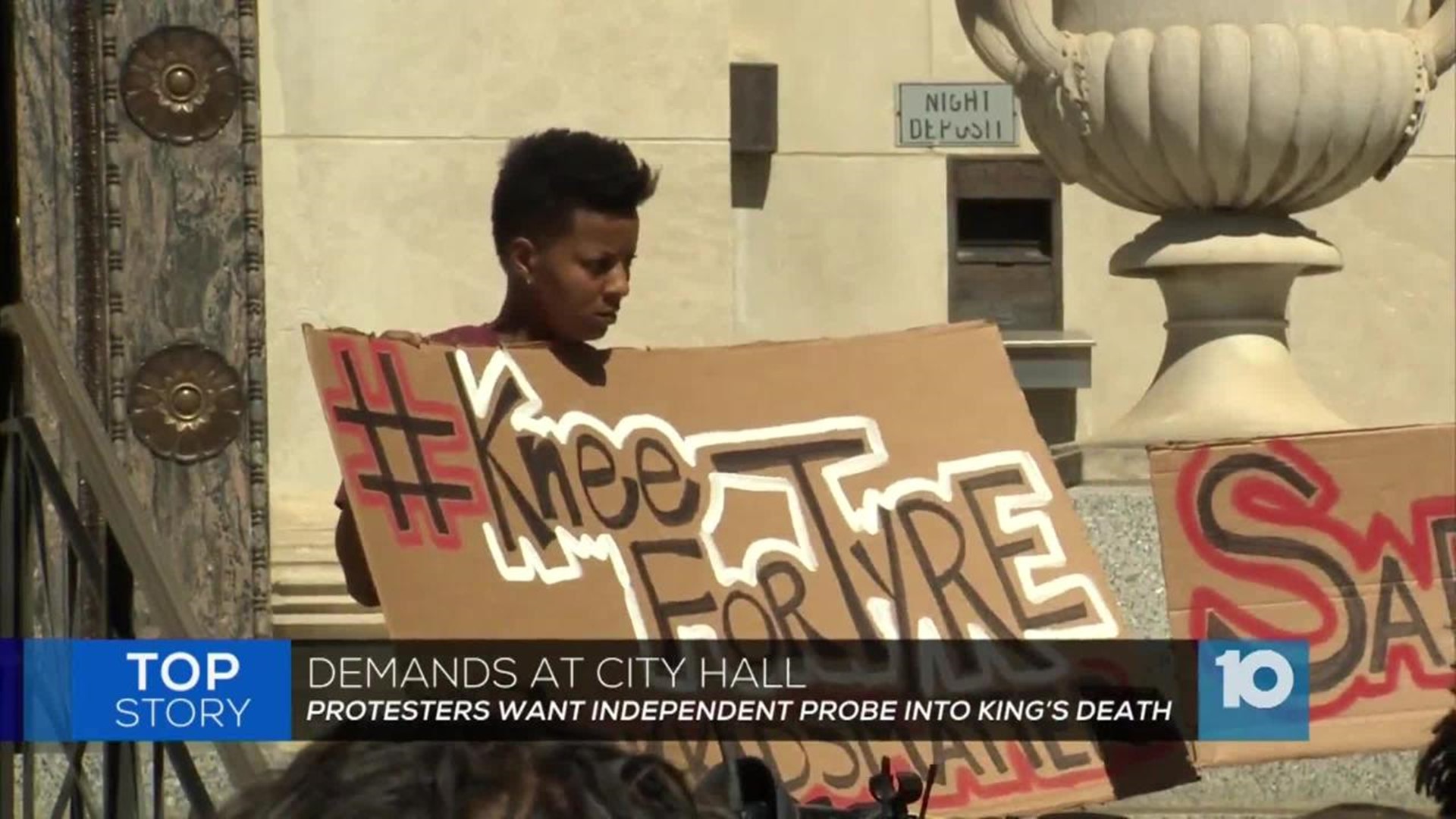 More than 100 people gathered for a peaceful but passionate protest on the steps of Columbus City Hall Monday against the shooting death of Tyre King.

A diverse crowd chanted “no justice, no peace” and demanded change after Columbus police officer Bryan Mason shot and killed Tyre during a robbery investigation.

Stacey Little said she came to the rally because she has two nephews who are Tyre's age.

"No 13 year old should die at the hands of anyone,” Little said.

Rally organizers criticized the city of Columbus for, quote, "blaming Tyre for his own murder."

"What warrants death? And why is a 13 year old dead when he had a BB gun?” Amber Evans questioned.

Police say it began Wednesday evening with a 911 call reporting an armed robbery.

Sources close to the investigation say Braxton complied, but King was shot after the teen reached into his waistband for a BB gun that police say looks just like the weapon officers carry.

People who attended the rally 'took a knee for Tyre’ in front of city hall, chanting “safety for whom?”

The People’s Justice Project walked a list of demands into city hall calling on Columbus to "move away from police and prisons to prevention and programs."

The group is calling for independent investigations of police shootings and says it will be back to demand a response next week when Columbus City Council has its regularly scheduled public meeting.