A group of homeowners is opposed to a proposed bike path cross at the beach entrance of the park. They say it creates a safety concern amongst other issues. 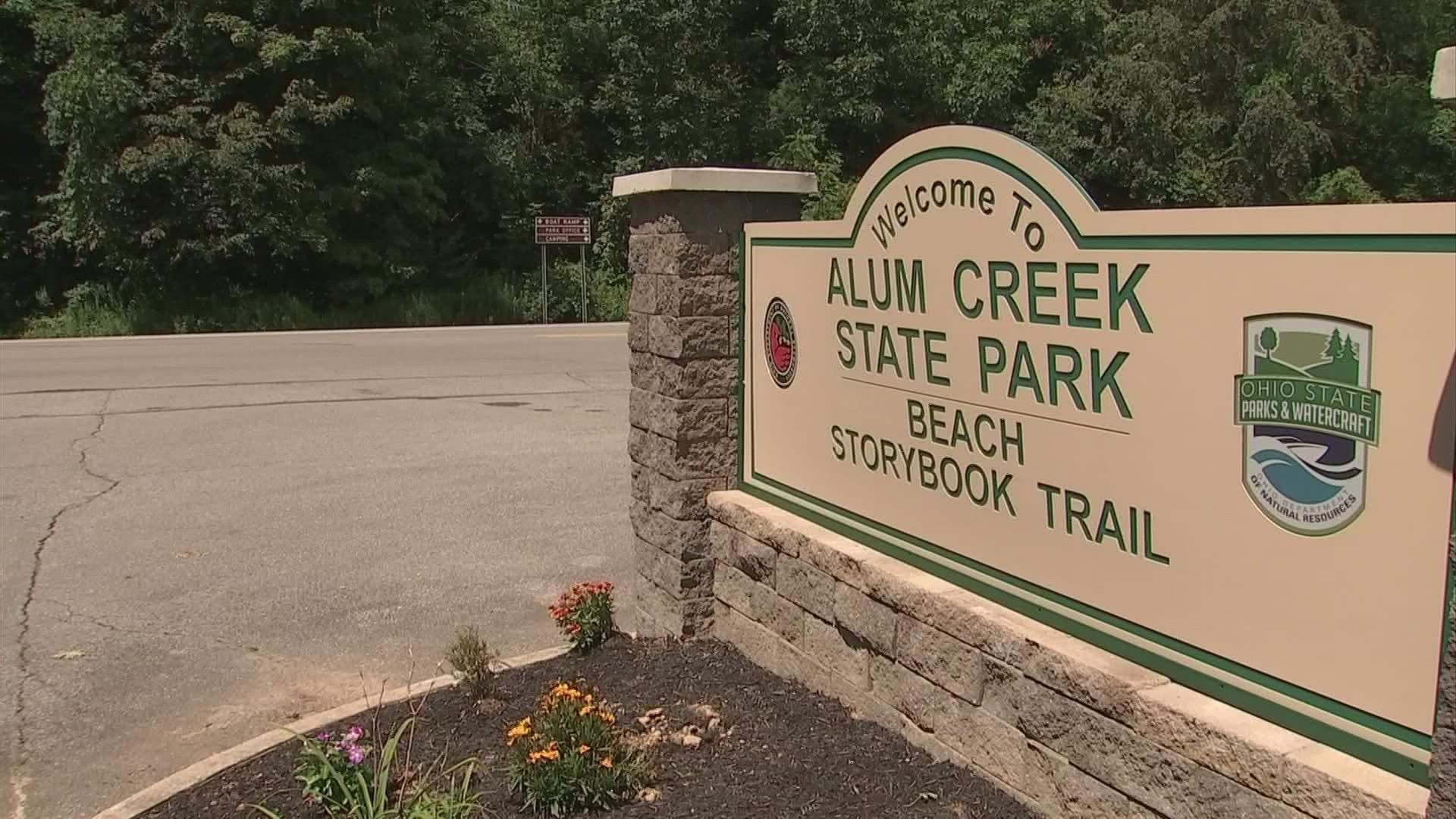 DELAWARE COUNTY, Ohio — Orange Township Director of Operations Silas Bowers said the township's plan to extend a bike bath across Lewis Center Road is the most talked-about issue in their area.

A group of homeowners is opposed to a plan to have the bike path cross at the beach entrance of Alum Creek State Park and they created a website outlining why it’s a bad idea.

“We just want to make sure safety is being taken into consideration,” said homeowner Rachael Tryan.

Tryan, and several others, said the issue with the crossing is that it’s too close to a blind curve as drivers come off of Old State Road heading south.

Residents said as people stop for traffic turning into the park, those coming out of the blind curve have to stop quickly. Putting a bike bath crossing there only adds to more traffic having to stop to allow for bikers to stop as well as drivers trying to pull out of the park to go north or south.

The other issue residents said is speed. The straight-a-way of Lewis Center Road is 55 mph, but homeowners said many drivers go way above that adding to their safety concerns.

“The hot rods and motorcycles who rip through here is impressive,” said homeowner Aaron Tyran.

The group said it wants the township to rethink its bike path plan and move the bike bath crossing south of the beach entrance near Shoreline Drive or Waukeegan Avenue.

"The project is still under review and nothing is set in stone. The bike path is still in the design phase and has not gone out for bid. We hope to start construction sometime next year," Bowers said.

Homeowners said they began to question if the township was taking their bike path safety concerns seriously when property stakes starting popping up on the west side of Lewis Center Road. To them, it was a sign that the township had already decided where the bike path was going to go.

It’s the west side of the road where nearly all the homes are and building a bike path would mean removing hundreds of trees that are now part of their backyards.

The Army Corps of Engineers owns the land and the trees on either side of Lewis Center Road.

Homeowners argue, by putting on the bike bath on the opposite side of the road — away from homes — would still remove hundreds of trees, but would not impact homeowners who don’t live on that side.

The township says the cost of building the bike path will be paid for with a $450,000 grant from the Clean Ohio Trails Fund.

The grant comes with several stipulations including how the bike path is designed and any major changes requires the project to be reviewed again which would delay construction.