That puts Marion County ahead of every other county in the state for most cases. 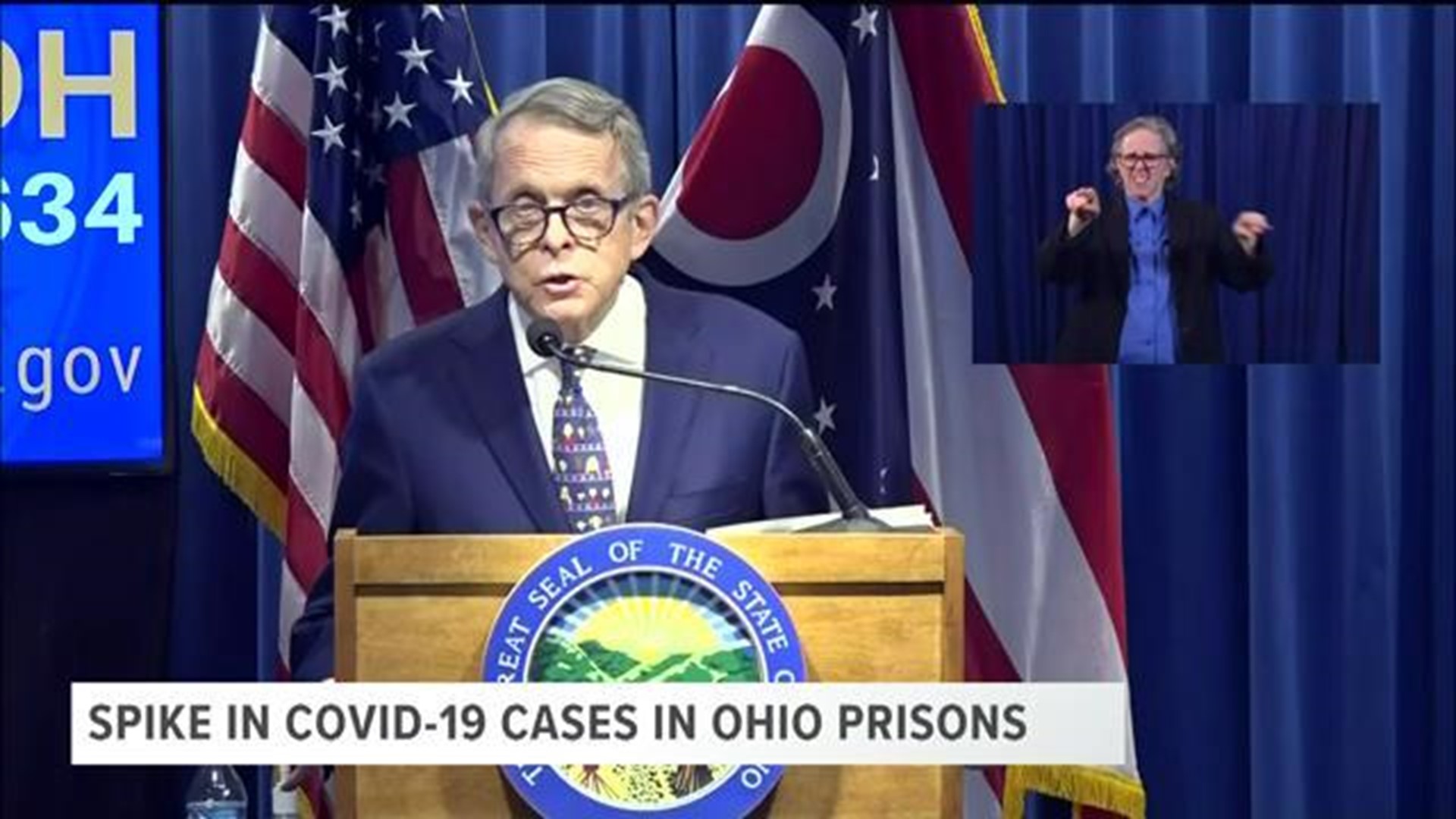 MARION COUNTY, Ohio – There are now 1,950 inmates at Marion Correctional Institution that have tested positive for COVID-19.

That puts Marion County ahead of every other county in the state for most cases.

Staff members and loved ones alike say they are concerned about the health and safety of those inside the walls.

Deborah Pollard’s fiancé has been in prison for 30 years for aggravated robbery and felonious assault. He’s housed at Marion.

Pollard said he has been tested but does not know the results.

“He sounds kind of hoarse, his nose and everything is plugged. He doesn’t know. He's scared,” she explained.

The Ohio Department of Rehabilitation and Corrections sent a statement attributing the spike to mass testing:

"Because we are testing everyone - including those who are not showing symptoms - we are getting positive test results on individuals who otherwise would have never been tested because they were asymptomatic."

ODRC said there are currently 38 inmates who are hospitalized outside the prison for care.

The president of the Ohio Civil Service Employees Association, which represents about 8,000 corrections officers, said they will be dismayed and shocked to what is really happening on the ground as more tests come back.

“A lot of the problems are we don't have a lot of personal protective equipment going into this episode,” Christopher Mabe said.

There are 154 staff members at Marion who have tested positive.

Mabe adds some officers are working 16-hour days and are returning to work before they know for sure they are no longer spreading the virus.

The national guard has been called in to assist, but there's only so much officers can do without any chance at proper social distancing.

“I know at Marion and at other institutions, they have put up beds in TV rooms to allow for more area for social distance. It's virtually impossible to social distance in a prison,” Mabe said.

As for Pollard, she admits those inmates are paying the price for mistakes, but adds, they should be given proper health care and a chance to stay healthy.

“These guys are paying for their mistakes. they don't deserve this; they are humans too. They deserve to be treated like humans too,” Pollard said.