Powell mother uses story of relationship abuse to help others

While she is still healing, Valerie Cornett hopes to use her story to give others hope. 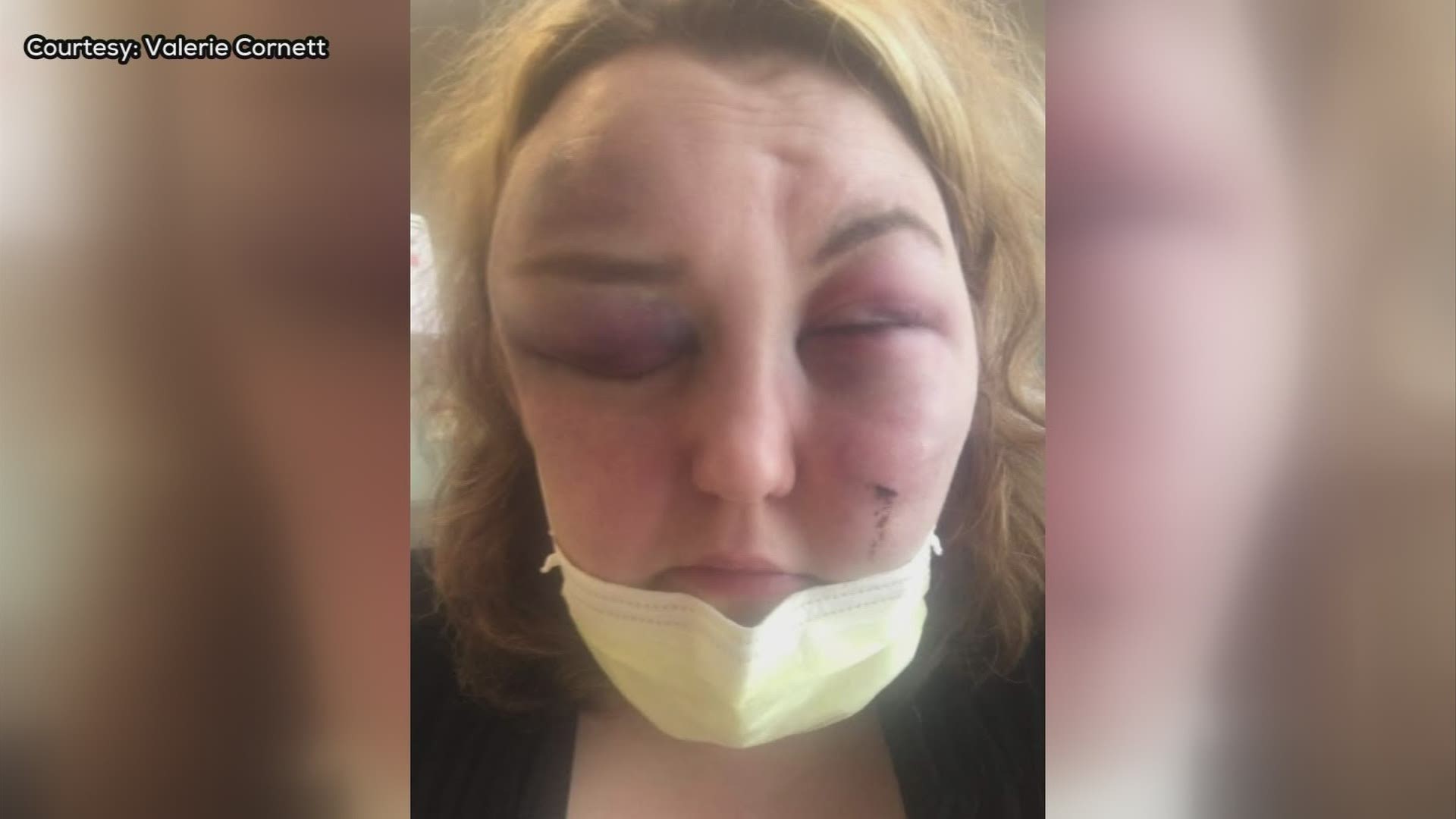 Editor's note: Some of the details in this story are graphic

A Powell mother is using her painful experience through an abusive relationship to help save others.

Valerie Cornett said she’s still healing physically and mentally. She is constantly reminded of a horrific experience she went through.

“That day he was acting very furtive and just different, like he was on edge, I just immediately got a bad vibe off of him even though he’d never hit me before,” Cornett said.

That changed on April 6.

She said her ex-boyfriend, John Chaney, who Columbus police said is facing felonious assault and kidnapping charges, attacked her.

She threatened to call the police.

“No sooner had I gotten that out of my mouth then he jumped up and bit me on my middle finger trying to get my phone out of my hand, busted it on the coffee table,” Cornett said.

She said that was just the beginning.

“He pulled a gun on me and told me that he would shut me up and as I was trying to retrieve my phone is when he turned around and busted me in the face. I don’t know how many times; I know for sure two at least,” Cornett said.

Cornett said her son and Chaney's two children were in the room when that happened.

She said she convinced him to let her go to the hospital, twelve hours later. When she got there she said, she told the hospital that she just fell but had a feeling they didn’t believe her.

“That’s when they found the skull fractures, the fractures in my face and concussion,” Cornett said.

That week, she said he was nice one minute and not nice the next. She explained that she was too afraid and worried about the kids, and that’s why she did not call police right away.

A week went by and on April 13, she said he dropped her son off at daycare and he took his kids.

Columbus police said they picked him up in Kentucky and he was taken into custody on May 14.

On Tuesday he was in court and his bond was set at $250,000 with an appearance surety.

Cornett shared her story on social media, with photos, in hopes of helping others.

“I think the reason we go through the adversities we go through in life is so we can reach back and help others out of the darkness,” Cornett said.

She said anyone is welcome to reach out to her through social media and even use code words or phrase if they need help.

"If they’re in danger, I’ll do whatever I can for them but if they don’t feel comfortable with me, because they don’t know me, sometimes it’s just easier to reach out to someone we do know.

"Then if they’re in a bad situation it’d be better to set up that with one of their friends, someone who knows them,” Cornett said.

Both the Nationwide Children’s Hospital Center for Family Safety and the Lutheran Social Services’ CHOICES program provide shelter and resources for any adult going through similar situations.

Both said the pandemic has created some concern, like many victims not being alone to reach out for help.

Penniman mentioned that most abuse happens at home, so the isolation is a concern.

“Isolation and distancing from friends and family is a tactic of abuse. I think that people don’t have all of the natural protective factors that they normally would, if they’re able to go to school or go to work, so I think the stressors or everyone being at home can contribute,” said Nationwide Children’s Hospital Center for Family Safety and Healing manager, Kara Penniman.

She said currently, their shelter is pretty full, but they’ve had families concerned about going to the shelter because of the virus.

“We’re hearing from victims, that they’re fearful of coming into a shelter environment even though it’s very safe and we’re following all the COVID protocols, certainly that’s just one more factor families need to consider,” Villilo said.

As for the signs to look out for, experts said the abuser may be controlling, have temper changes or put the victim down with verbal abuse.

Penniman also mentioned that it’s not always easy to just pick up and leave.

“For every person who is a survivor you’re making decisions constantly about ways to keep yourself and your family safe; we recognize that you are making calculated and protective decisions for your family all the time and we’d be happy to support you in that,” Penniman said.

The Franklin County only Lutheran Social Services CHOICES hotline is 614-224-4663.