The shooting happened inside the emergency room at the hospital around 2:15 p.m. Monday. 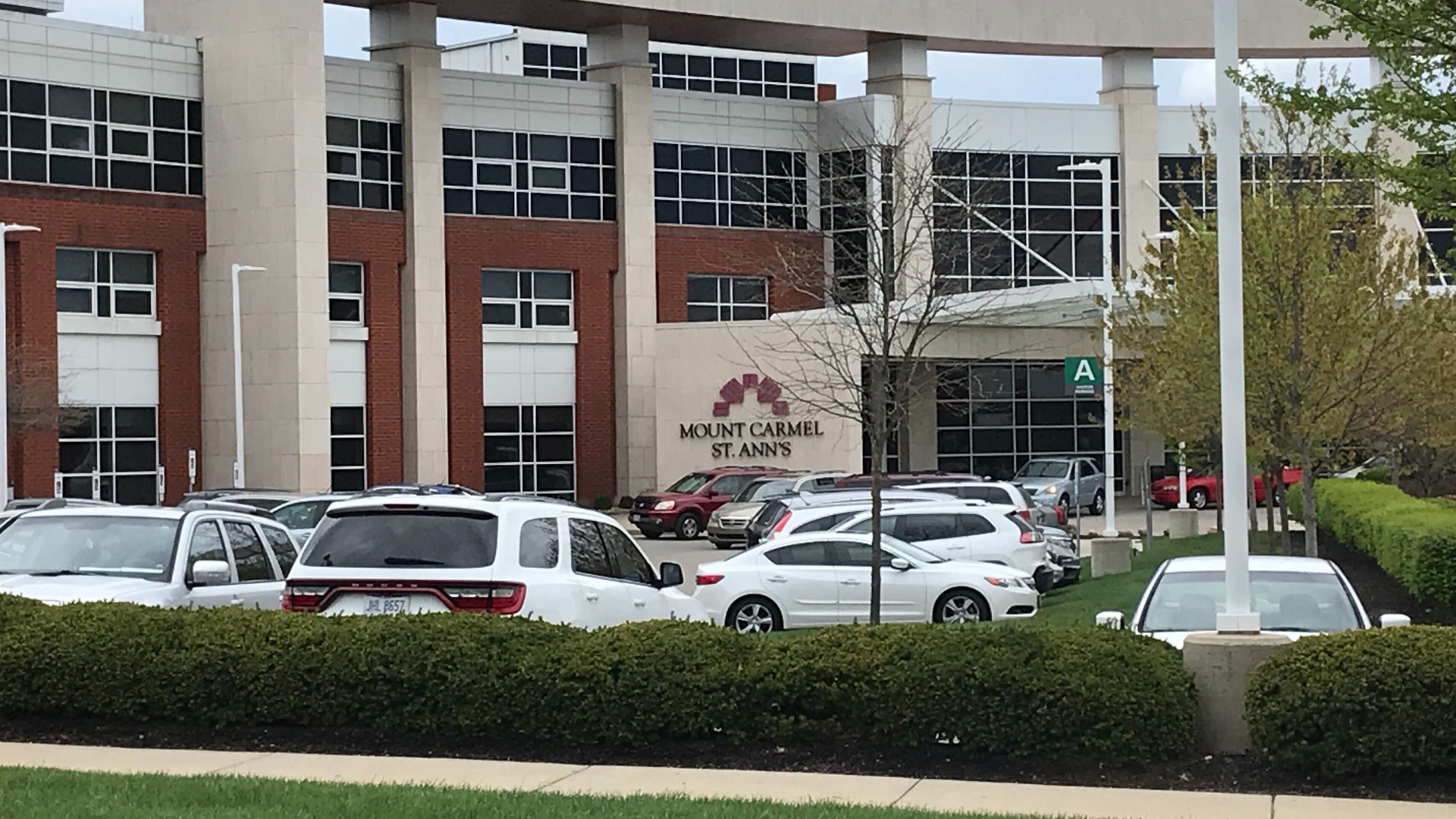 WESTERVILLE, Ohio — The man who was killed in an exchange of gunfire with police and hospital security at Mount Carmel St. Ann's on Monday was armed with a gun, according to Ohio Attorney General Dave Yost.

In a statement, Yost said investigators were able to confirm that 27-year-old Miles Jackson, who was identified by Columbus police, had a weapon and that shots were fired through preliminary testing.

The Ohio Bureau of Criminal Investigation is continuing to investigate the incident.

Westerville police found Jackson had warrants out for domestic violence and weapons charges out of Columbus.

Around 2:15 p.m., as Westerville police were transferring Jackson's custody inside the emergency room, there was an altercation.

This led to Columbus police officers and St. Ann's security officers firing their weapons, according to a joint statement from Westerville police, Columbus police and Mount Carmel St Ann's.

Staff in the emergency room rendered first aid to Jackson but he died at the scene.

It's unclear what led to the altercation inside the ER and how Jackson obtained the firearm, police said.

A gun was found at the scene, according to the joint statement.

No other injuries occurred inside the hospital as a result of the shooting.

Westerville police said the building is secure and the hospital is accepting patients.

"In the early hours of this investigation, it is not clear what occurred. I appeal to everyone to let us gather the facts and complete the record. That cannot happen overnight. An investigation like this takes an average of 400 hours," Ohio Attorney General Dave Yost said on Monday.

About 50 people showed up at the hospital Monday night to protest the shooting.

“People are upset. They're angry right now. We get that. We understand that. We're not trying to talk about or place blame because we weren't there, so we don't have those facts. But we have the basic facts about what happened here,” said Columbus Division of Police Sgt. James Fuqua.

Records show bench warrants had been issued for Jackson after he did not show up to court hearings on March 17 for two cases.

In February he was charged with domestic violence, assault, falsification and resisting arrest.

According to court records, his girlfriend told police Jackson shot his son with a “BB gun”, later determined to be an airsoft gun, and then she got upset and tried to shoot Jackson with the same gun.

Then, she said Jackson hit her in the face and choked her, court records show.

Police said in the court records Jackson claimed no real physical violence happened and he just had to push her away during an argument.

Officers said he a fake name to try and mislead them when officers asked for his name during the investigation.

In July 2020, officers were called to the area of Milibank Road in north Columbus on a report of a man breaking into vehicles, according to court records.

Officers said in the filing they talked to a woman in the area who said the man, later identified as Jackson, who threatened to “shoot this place up” if police were called.

The woman said he showed he had a gun and then left the area.
Officers located Jackson driving a car and took him into custody He was charged with menacing and driving under suspension.