A crowd of about 50 protesters gathered outside the Columbus Division of Police headquarters Tuesday night. 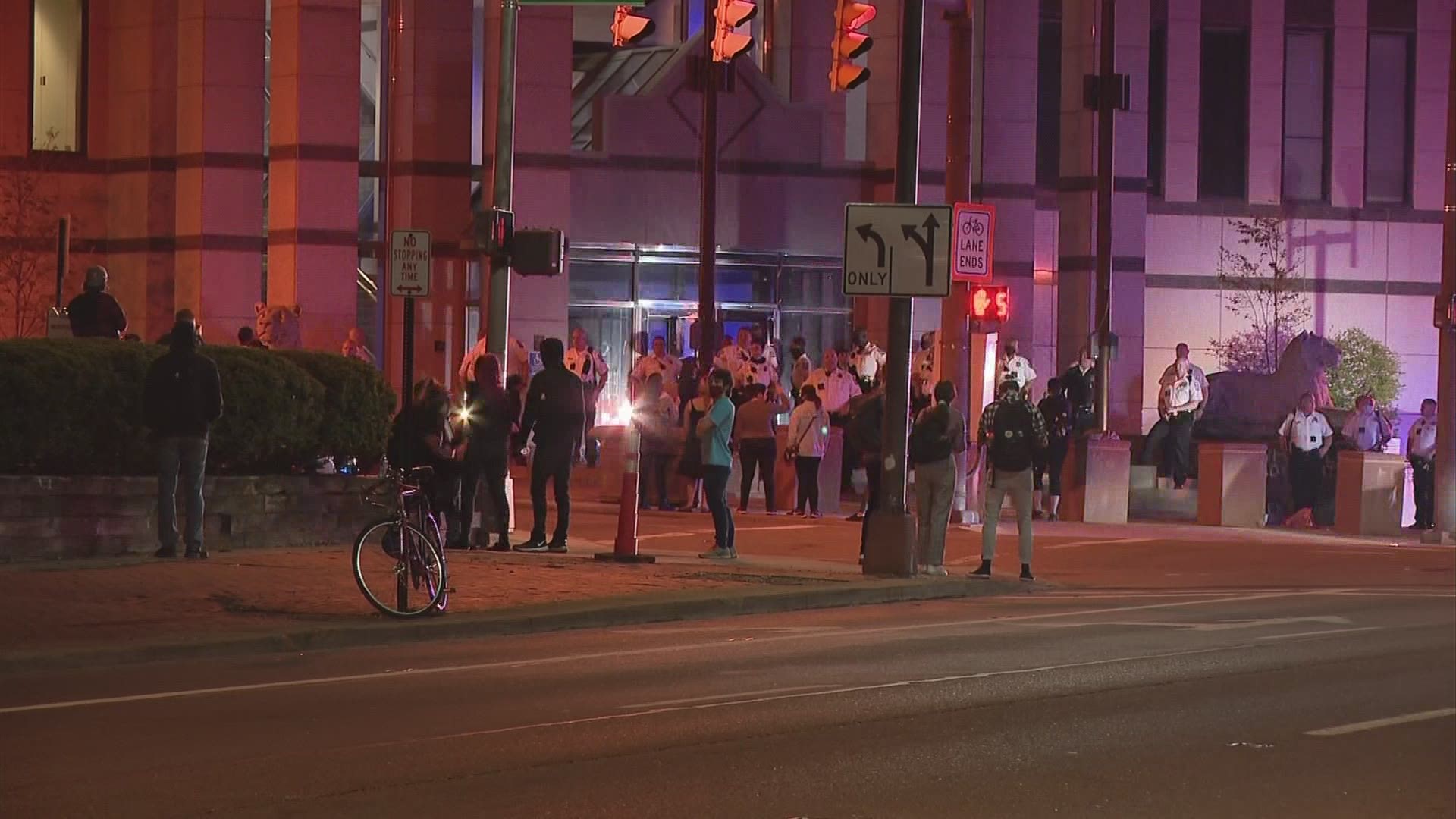 COLUMBUS, Ohio — A 20-year-old man is accused of striking an officer after protesters broke into the police headquarters in downtown Columbus Tuesday night.

Dozens of people were at Mayme Moore Park earlier in the evening for a vigil and balloon release. A crowd of about 50 protesters then gathered outside the Columbus Division of Police headquarters.

Police said the locks to the front doors of the building were cut by bolt cutters and several people entered the lobby.

According to court records, Hunter Mattin, of Wauseon, Ohio, was being escorted out of the building by officers when he allegedly struck a Columbus police sergeant with a wood club.

The sergeant was struck in the face and chest and suffered minor injuries.

Mattin was charged with aggravated burglary and was being held on a $10,000 bond. He is expected to appear in court on April 23.

Columbus police said they are reviewing video to identify other suspects.