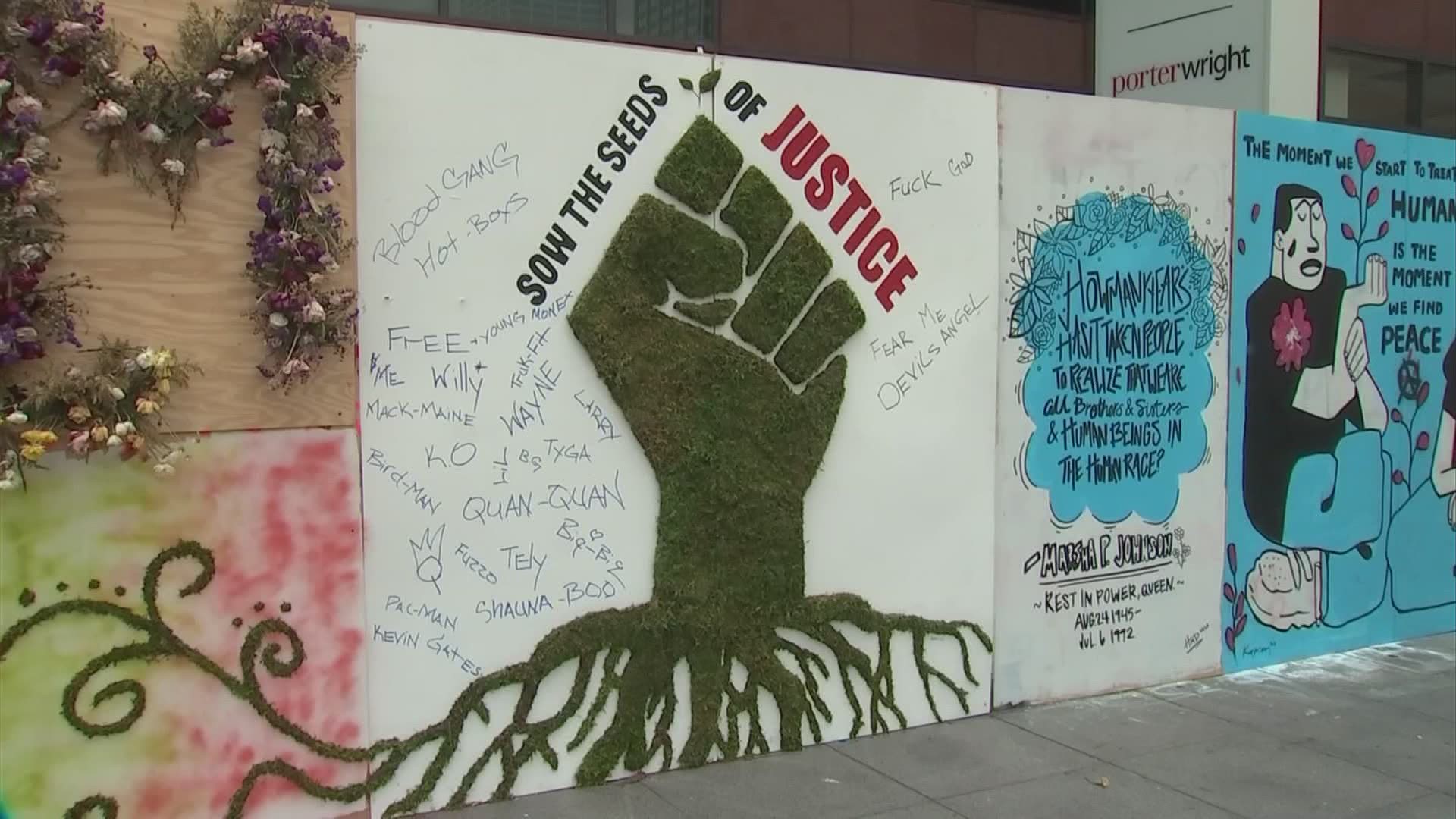 COLUMBUS, Ohio — After the violence and destruction of the first few days of protests over the death of George Floyd, businesses all over downtown took protective measures, boarding up their property.

Those plywood storefronts are now covered with incredible work from local artists.

10TV found efforts are underway to preserve that historically and culturally significant art.

Robert Williams, who works under the name “MrRobotGeek”, has the eye of an artist.

"I do a lot of colorful stuff to provoke a lot of different emotions without words,"
He also carries the pain of a black man in America.

"You do get used to it - not numb - because you can't get numb to people dying."

Wednesday, his brush was trained on a mural at 5th and High Street in the Short North.

And you see a lot of other people speaking the same way."

He is one of the dozens of artists coloring in our city's broken storefronts.

The beauty and the pain, the provocative and the political.

"I see us!” Williams exclaimed. “I see us. I see Columbus. I see the great OH-IO. I see all of that. It's beautiful."

It was a movement that began last week at the Greater Columbus Arts Council and the Ohio Theatre, with the initiative #ArtUnitesCbus.

"We felt that something visual that supported the words and the actions of the protesters in the Black Lives (Matter)movement was critical. We had no idea how it would take off,” said Jami Goldstein, with GCAC.

She isn't surprised that an eruption of anguish resulted in such beauty.

But what happens when the plywood comes down?

"We couldn't possibly not preserve these amazing pieces of art, in the best way possible,” Goldstein said. “Their life after they come down may look like many different things, but we have lots of organizations that are interested in exhibiting them, ideas for auctions, for a book."

Shirley Washington and her grandson Eian were among those appreciating the works downtown.

"Art is like music,” she said. “Has no limit. Has no guidelines. Has no parameters. Speaks to all races, all generations. This should be retained, should be somewhere that's available even after we've gone through this period."

"I see that it's the future. It's our culture. It shows what the world could be, and will be, hopefully."

They hope to launch a website this week, where people around the world can view the work of our city's artists.