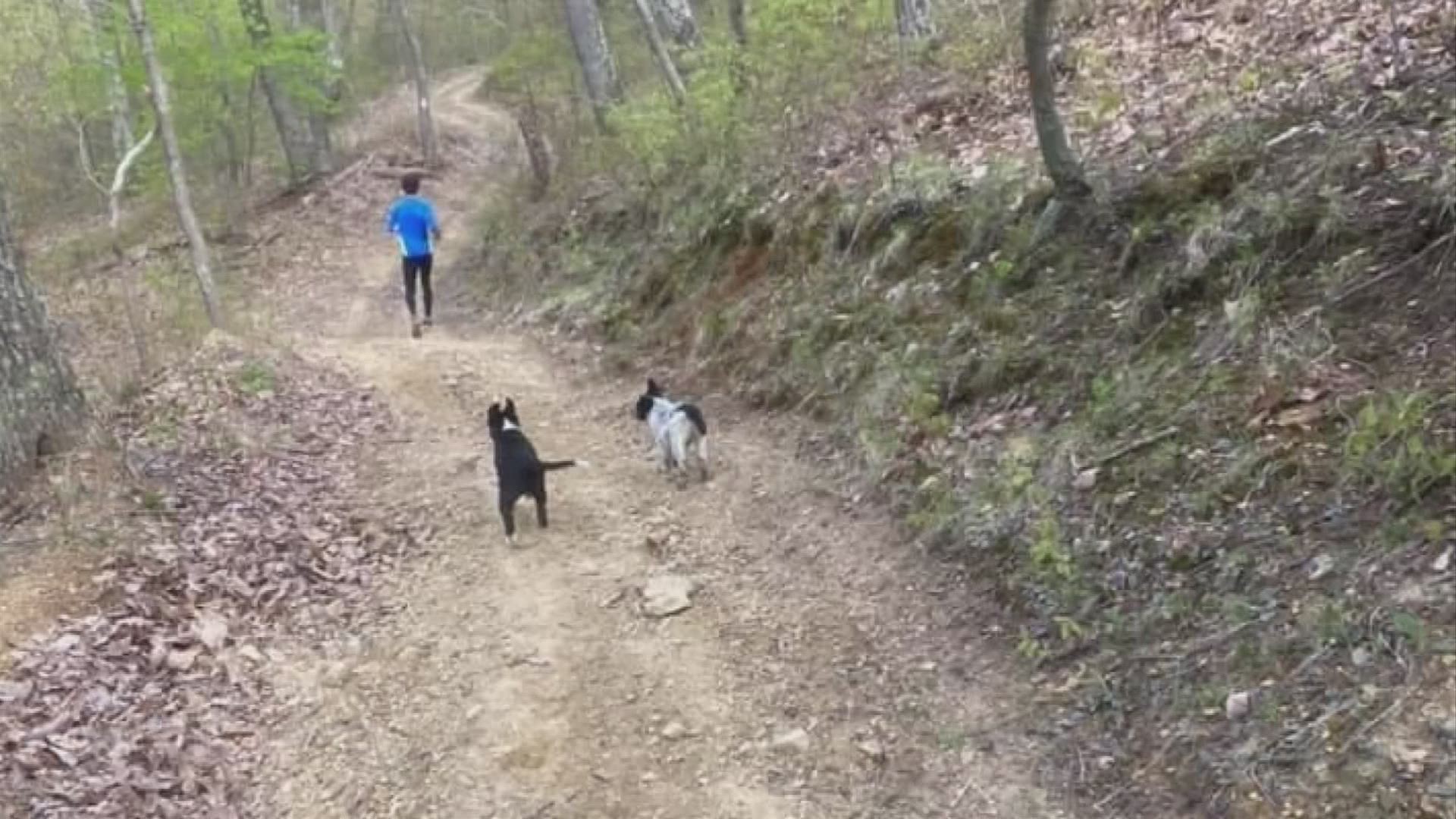 This story took a turn at the intersection of “unexpected” and “you can’t be serious."

Last month he was in Chillicothe running a 150-mile relay race. One of his legs was all trails in the middle of nowhere blanketed by woods.

Halfway through, there they were.

“I looked up the hill and there were four puppies,” he said.

Four puppies, seemingly lost when their paths crossed. At first, they stayed with Salberg for 50 feet.

“About a half a mile later I heard a dog bark,” Salberg said.

A half-mile turned to one mile. Then, two.

“They were with me I think it was about three-and-a-half miles.”

All four puppies were right beside Salberg when he finished his leg.

“Everyone just fell in love with these puppies especially when I came running out of the woods,” Salberg said.

Hearing the owner of the dogs was on their way Salberg left (he was competing in a race, after all). The next day, back in Pickerington, Salberg heard the owner was open to the idea of giving the puppies away.

“After I had heard that one was given away, I decided that I wanted to try to figure out how to get one,” he said.

He drove back to Chillicothe. His only point of reference was that intersection where he and the dogs met. Then, through a network of people trying to get him in touch, Salberg connected with the owner. By that time, Salberg was less than 10 minutes from his front door.

“The funny thing is, where I crossed the race at that point, he was pretty much right there,” he said.

Salberg brought her home, a Blue Heeler, which the breed is historically known for herding cattle over long distances and rough terrain. And her name, fitting for a runner: Miley.