Madison Keaton has had a basketball in her hands since she was five. Since she was eight, she’s had an idea in her head. 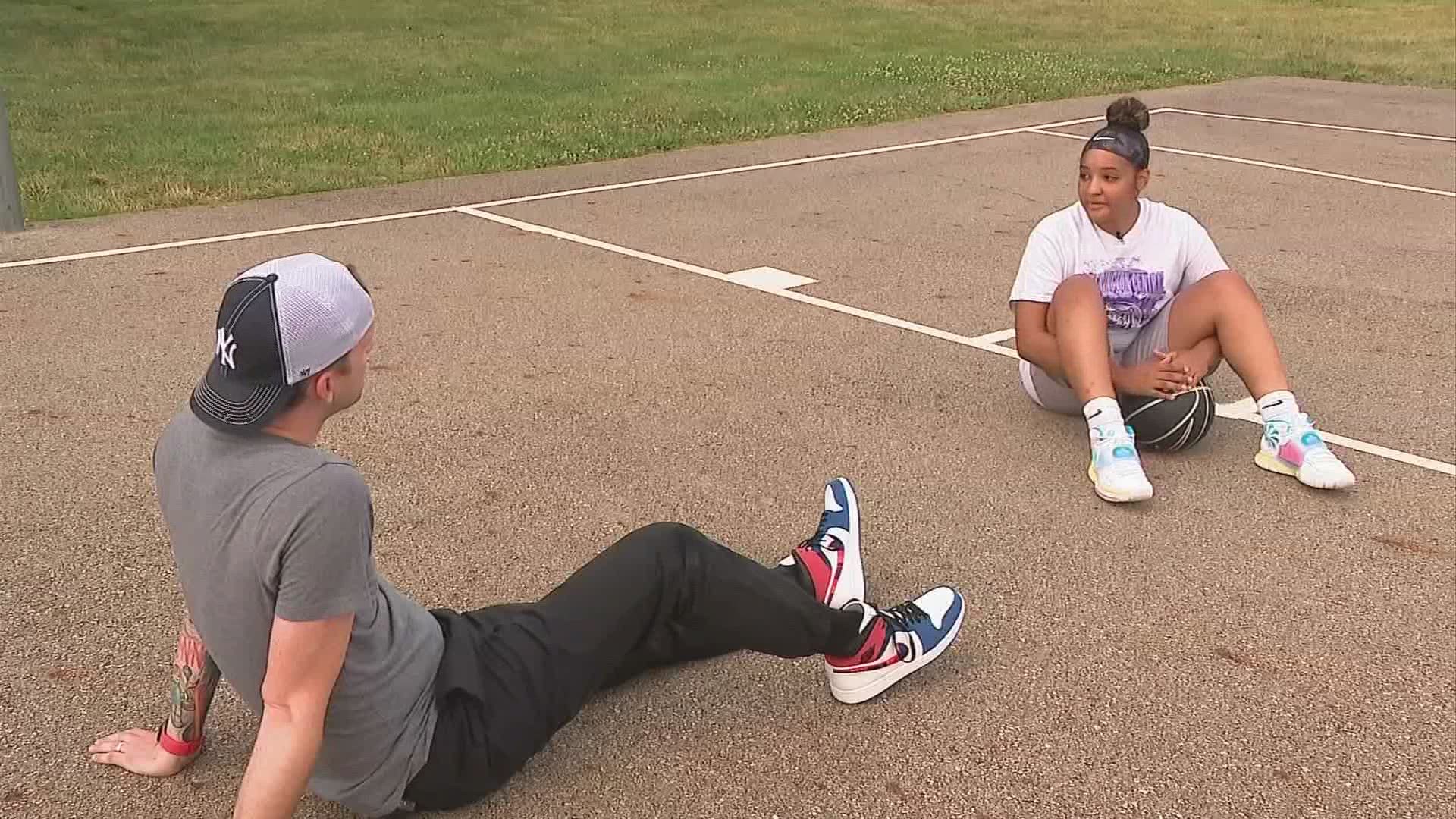 The world is trying to open back up, but with COVID-19 still a concern there’s more uncertainties than assurities.

To Madison Keaton, that’s no excuse to take it easy.

What you have to understand about Madison is that she’s had a basketball in her hand since she was 5 years old. Since she was 8, she’s had an idea in her head.

“There’s nothing stopping you and what you think is going to stop you, isn’t,” she said.

She was 8 when she was diagnosed with autism and Asperger Syndrome. The now 14-year-old is about to be a freshman at Pickerington High School Central.

“What do you want people to know about you,” 10TV News Reporter Bryant Somerville asked.

This summer, Madison is getting ready for the season by playing with teammates and going to training a couple times a week.

She says with autism and Asperger’s, playing basketball has always helped.

“It keeps my energy and mind on one activity at a time and it keeps me busy and kind of like my outlet if I’m really, like, tensed up one day or something it gets out my energy, just hooping and stuff,” she said.

And that is her message to others who might feel not good enough or to those who don’t think they belong on the same playing field, or court.

“You can still do it even if you’re high-functioning or if you can’t function that well,” she said. “You can still play basketball.”

Basketball, or anything. Try and see. Chances are, she says, you’ll find something you offer that no one else does.