The Columbus City Council approved $875,000 in federal funding for the construction of three to five permanent bathrooms. 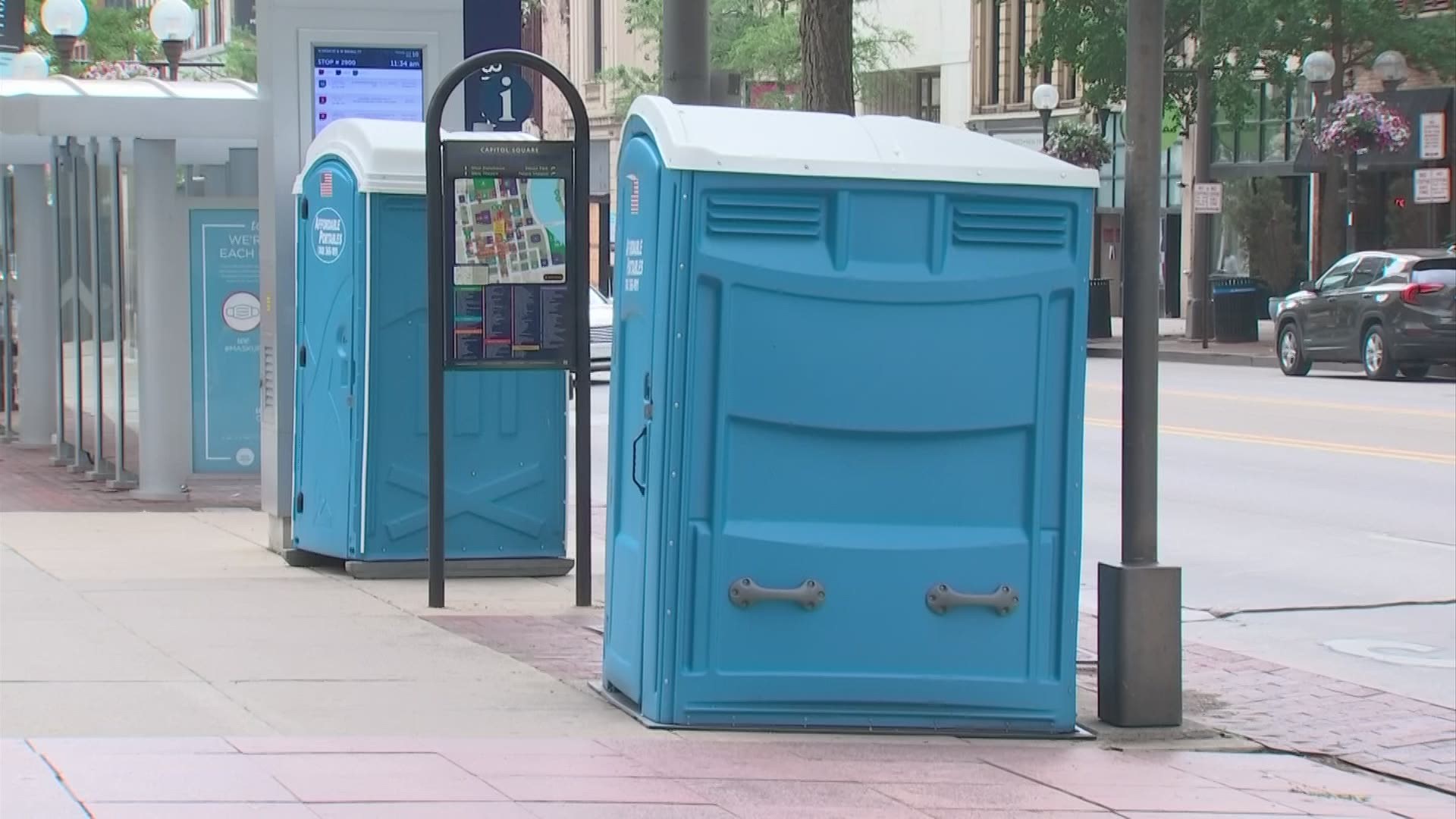 COLUMBUS, Ohio — It’s not a new issue for downtown Columbus, but it’s one that has been pushed into the spotlight during the COVID-19 pandemic – the lack of public restrooms.

“Our staff has been cleaning up waste in the public right-of-way,” said Mark Klingler, special projects coordinator for the Capital Crossroads Special Improvement District. “It’s something we devote a lot of resources and time to. It’s an ongoing problem, and property owners and tenants are aware of it and concerned about it, so the solution is to provide public restrooms. But it’s been a problem to find funding for it and to find the right approach, so now, we think that we have both of those.”

They would be modeled after some that already exist in other cities and would have flushing toilets, sinks with running water and hand sanitizer.

“Everybody needs these,” Klingler said. “Some people think that this is primarily for those experiencing homelessness or primarily for those who are privileged enough to work downtown, but it’s not the case. Everybody who finds themselves downtown, for whatever reason, needs to have these amenities, and, if they’re not there, people find themselves in bad situations. They find that they may not even want to be downtown or they find that they’re forced to go find a bush where they can relieve themselves. That’s not what we want for a forward-thinking city. It’s time that we show that we welcome people to Columbus and provide them with what they need to feel comfortable here.”

The pandemic put the need for these public restrooms even more in the spotlight. It became a public health issue, and that’s why eight portable toilets were put up around the High Street corridor. But a permanent solution was needed.

“The portable restrooms are unsightly, and they look like a construction site, and they’re not very pleasant to use, so what we’re looking for, in a permanent solution, is something that we’re not ashamed to have in our city but actually something that we’re proud to have, a symbol that this city cares about the well-being of its residents and of people who come to visit, and these are things that we don’t want to hide away someplace, they’re actually, as we conceive them, they’re attractive objects that would be welcome in the streetscape in Columbus,” Klingler said.

Klinger says the list will be narrowed down based upon the availability of utilities and input from property owners and tenants in the area. Then up to five bathrooms will be built.

Construction is expected to begin in March 2022.