Pelotonia returns to Columbus with safety protocols in place

As of August 6, Pelotonia fundraising has raised more than $11 million to go toward cancer research. 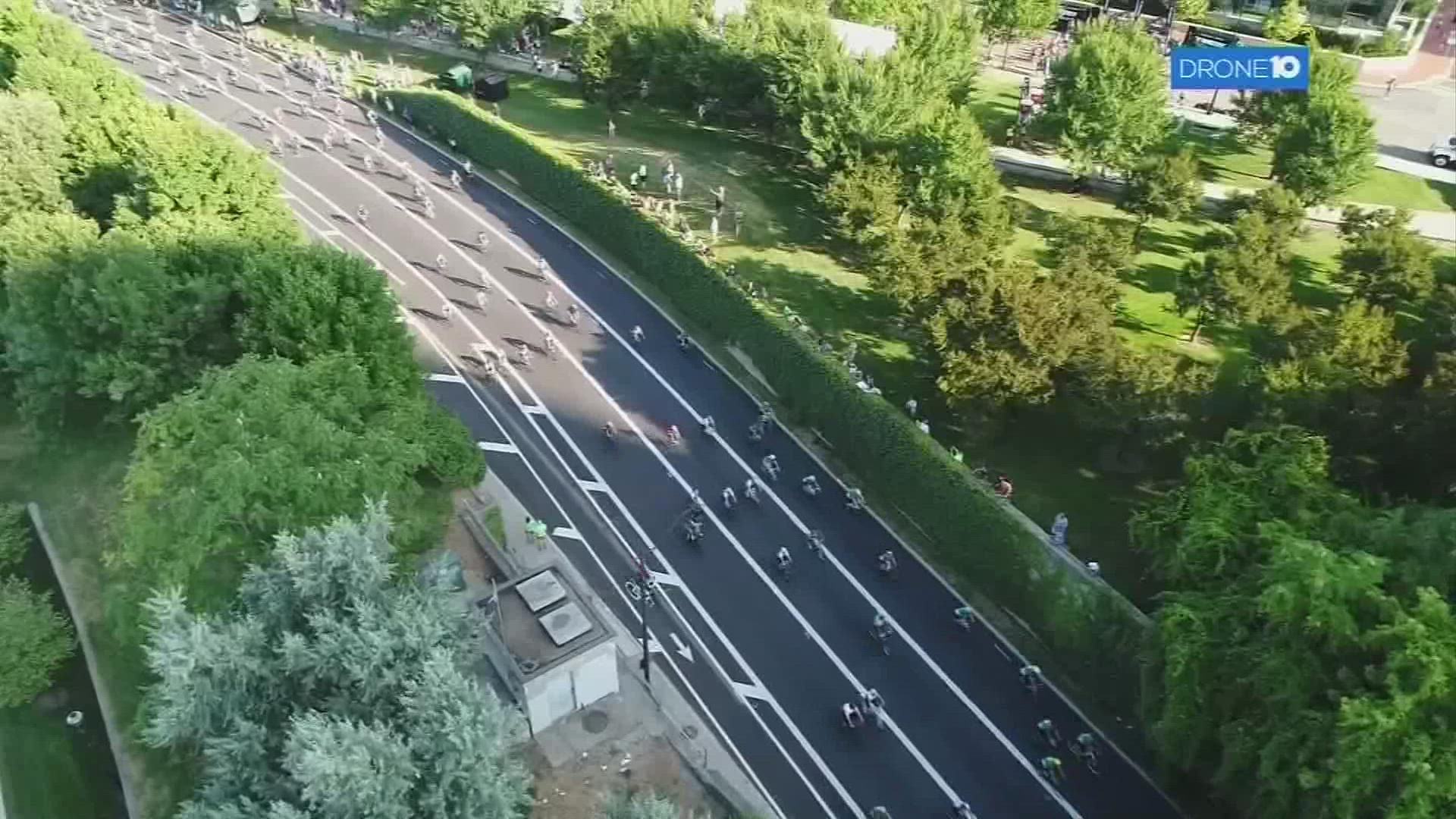 COLUMBUS, Ohio — Cyclists will hit the streets of Columbus for Pelotonia this weekend, though there will be several changes this year due to the pandemic.

Pelotonia President Joe Apgar said changes include staggered start times, beginning at seven Saturday morning and continuing every 30 minutes until 11:30 a.m. Some starts will consist of smaller groups of cyclists who will be unmasked. Other, larger start groups will have cyclists masked.

Apgar also said food will be served with more safety and precautions in place to prevent contamination. Less riders this year also means a smaller chance for lines and crowds to form throughout the weekend.

As of August 6, Pelotonia fundraising has raised more than $11 million to go toward cancer research. Those who do not wish to ride in the event can still help raise money.

“We launched a Challenger platform and I love it, people do their own thing and can still be part of the event and part of a team and fundraise. We’ve seen a lot of success with that and people really enjoy it. They’ll go do other events, maybe run a marathon or a 5K in support of Pelotonia through that platform,” Apgar said.

Several of those who ride in Pelotonia family members who have battled or are currently battling cancer. Rider James McDaniel is among them, losing his father and several other family members to cancer and battling the disease himself.

McDaniel found out he has Lynch Syndrome, a genetic condition which increases the risk of developing certain cancers. He spent years fighting for his life and said one of the biggest helps through his treatment, was funds provided by Pelotonia.

“They had a clinical trial paid for by Pelotonia that was immune therapy and because of my clinical trial and my success and 10 others in my clinical trial, it’s now been approved by the FDA for lung cancer and it’s also been found to be very effective in treating Lynch Syndrome Patients like myself,” McDaniel said.

He is now living cancer free and gets checked every six months, while one of his three daughters who also has the Lynch Syndrome gene gets checked once a year.

McDaniel has helped raise more than $2,000 this year. Fundraising efforts for Pelotonia 2021 continues until October 31.

RELATED: Columbus man riding in Pelotonia to honor his wife who passed away from cancer