The video was recorded Monday during the church’s after-school hangouts. 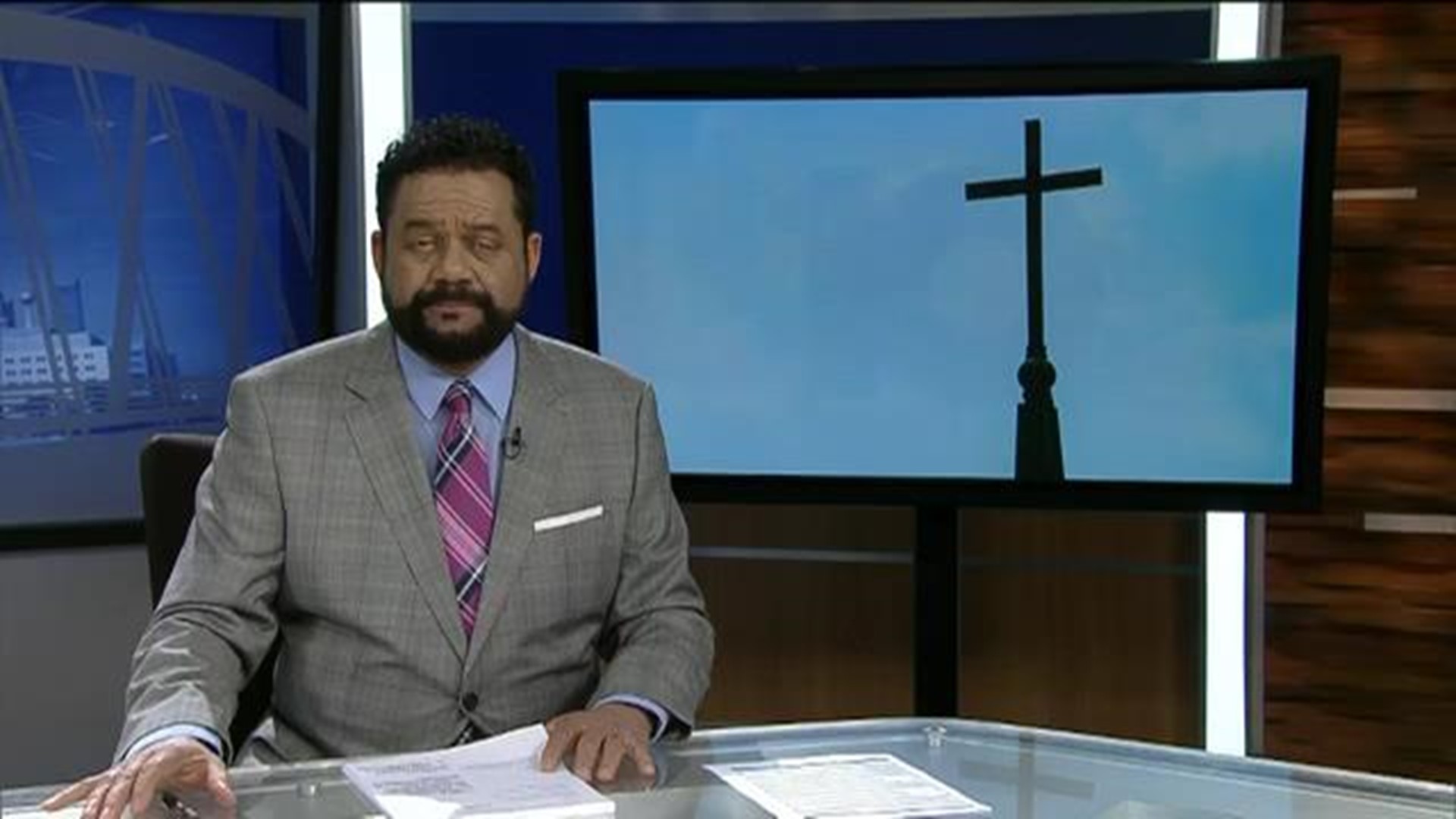 PATASKALA, Ohio – A video from a gathering at Impact City Church in Pataskala Church is drawing criticism.

In an apology video posted to the church’s Facebook page, lead pastor Justin Ross said this happened at one of the church’s after-school hangouts on Monday.

Students have a chance to hang out with their friends and get some food.

As part of the hangout, Ross said they take five minutes to share the message of the Gospel.

Dempsey, a part-time associate pastor with the church, was sharing a message about Easter and the crucifixion of Jesus Christ, Ross said.

Ross said Dempsey invited students to spit in his face with no backlash and several students took part.

One of the students used a steak knife, provided by the associate pastor, and cut Dempsey on his back.

One parent, whose son is in the video, said she got a call from a friend warning her.

“The guy who is in the video turns around and grabs the knife and he hands it right to my son,” Mandy said.

Mandy and her husband Josh rushed to the church to pick up their son.

“He was upset. He thought he was in trouble. When I explained to him I'm not upset with you, I just want you to know that the things that happened here wasn't OK,” Josh said.

“We exist to create an environment that is safe and predictable for students to come, connect with their friends and grow closer to God. Today we failed at creating that safe, predictable environment. We want to do better,” Ross told 10TV.

Ross said in the apology video the reactions by people who are disgusted, hurt, or confused by what happened are appropriate.

Ross said what happened was inappropriate and there is no excuse for why it happened.

Ross told 10TV he was in the room at the time and when he was asked why he did not stop what was happening he said, “That's something that I'm thinking about a lot right now. What could we have done to handle the situation better.”

Dempsey said this was all his idea and no one else knew what he had planned.

Ross said Dempsey used the illustration to share a message of Jesus’ love and to share in some of the pain that Jesus went through.

Dempsey said in the apology video, “I crossed the line and it was over the top,”

“It was just not appropriate and it was in bad judgment. I am so sorry for misrepresenting the community, the church, the parents, and the students -anybody that I hurt. This was not my intention. My intention was to just show them how much Jesus loves them and that I love them as a student leader for almost four years now. Tonight was an anomaly and it is not normally what happens. Again, I am deeply sorry for the pain that I have caused.”

Ross said they do not condone the actions in the video and also apologized to everyone that is a part of Impact City Church.

Some parents say an apology video is not good enough.

“I do want an apology, a personal apology, not an apology all over Facebook. I think they should personally apologize to all the kids involved, and their parents,” Mandy said.

Mandy and Josh said they will not send their son back to the church. They have also reached out to the Licking County Sheriff’s Office to investigate.

“Today’s illustration does not reflect the teaching of Impact City Church not does it line up with the vision and the values of our student ministry,” Ross said in the apology video.

Ross said they have a lot to evaluate to make sure nothing like this happens again.

Ross told 10TV they will have to talks as a church about Dempsey’s future.