Parents of Ohio State University students are voicing their concerns about crime around campus in the form of two billboards. 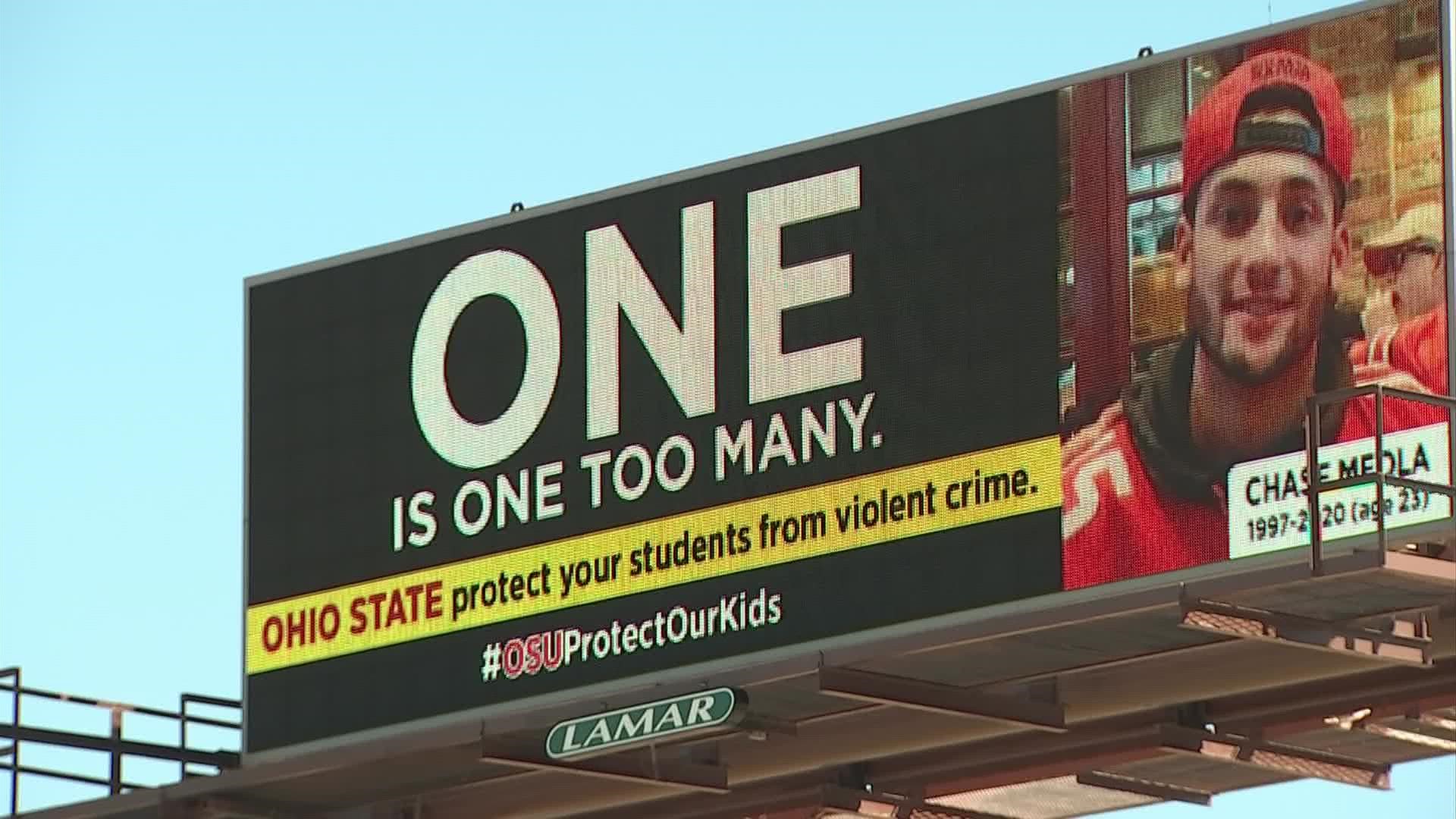 COLUMBUS, Ohio — Hundreds of upset parents of Ohio State University students are voicing their concerns about campus safety in the former of a massive billboard at the corner of Lane Avenue and North Star Road.

“Our perception is crime is out of hand,” said Irene Hendrick whose son attends Ohio State.

The group says it raised $20,000 on a GoFundMe page to pay for two panels on the billboard.

One panel says “COLLEGE SHOULD NOT BE A CRIME SCENE” and the other says "ONE IS ONE TOO MANY” with the face of 23-year old Chase Meola who was shot and killed during an off-campus party in October 2020.

His mother is one who spearheaded the billboard campaign.

Parents say they often can’t sleep at night until they know their children are home safely.

“I have stopped sleeping. I don't go to sleep until I know he's home,” Hendrick said.

The group says it has no plans to stop pressuring the university to do more to make the campus are safer.

“They need to call on state assistance because they don't have the manpower to handle it,” says parent Angela Fredriksson.