The state's lab tested four kilos of suspected fentanyl that was seized during a drug bust. Half of the drugs came back as parafluorofentanyl. 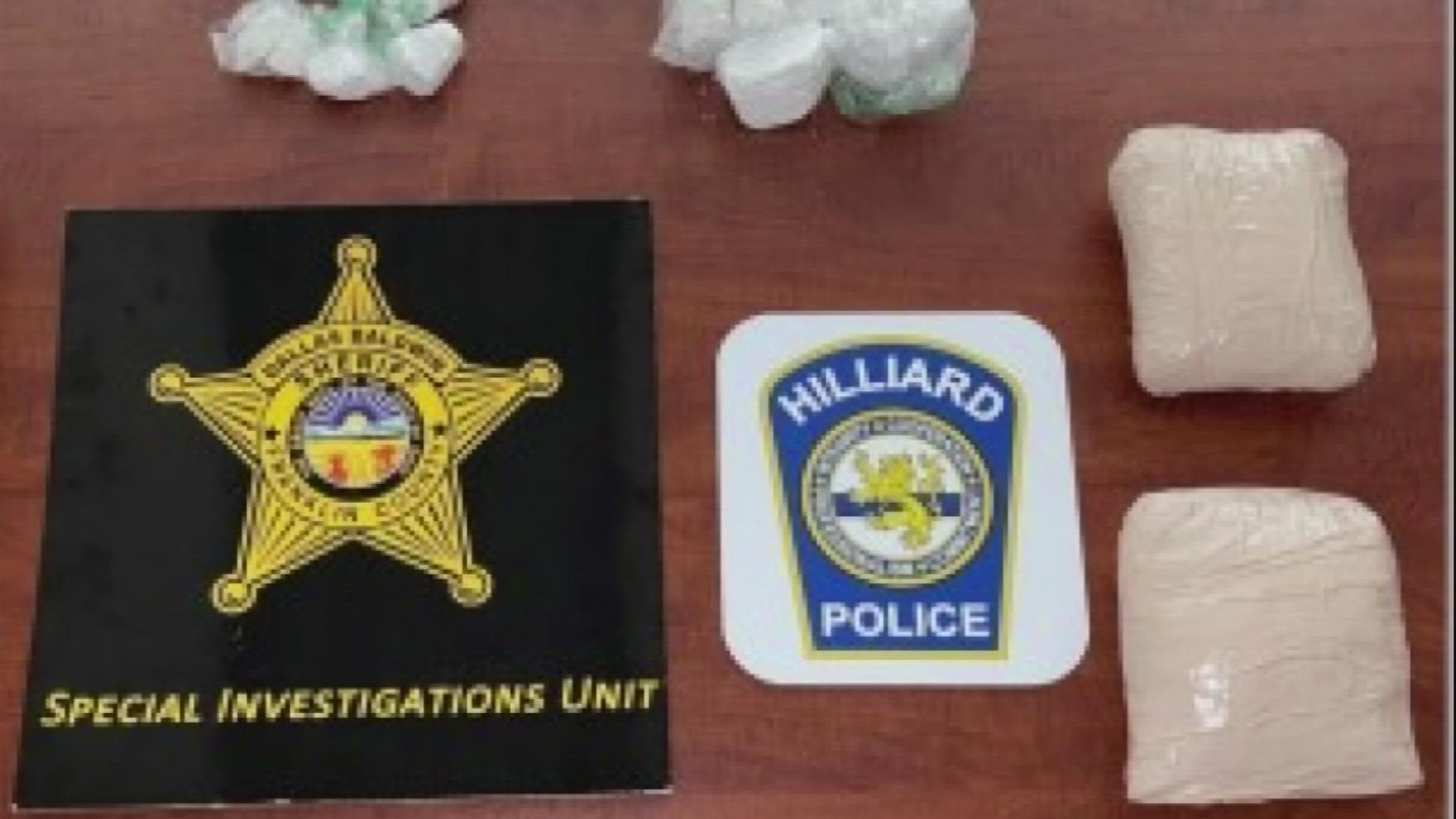 COLUMBUS, Ohio — Authorities in Ohio are warning of an increased presence of a more potent, synthetic version of fentanyl being found in the state.

The warning from the Ohio Bureau of Criminal Investigation comes after the Franklin County Sheriff's Office arrested three people earlier this month in an undercover narcotics investigation that resulted in the seizure of more than four kilograms of suspected fentanyl.

According to the state's lab, half of the suspected fentanyl tested to be an analog version of the drug, called parafluorofentanyl — which the sheriff's office said can kill quickly.

"What they're doing is they're ultimately playing Russian Roulette with their lives," said Chief Deputy Rick Minerd with the Franklin County Sheriff's Office.

Authorities said the parafluorofentanyl that was seized is not the only shipment coming into Columbus.

Information provided by the Ohio BCI shows parafluorofentanyl was detected in lab results just four times between October 2020 and January 2021. That number jumped to 130 detections in September of this year alone.

In the first three-quarters of 2021, investigators have tracked parafluorofentatnyl to 70 of the state's 88 counties.

The synthetic drug is the same one suspected of killing actor Michael K. Williams last month.

"It doesn't make sense why someone would want to produce something so deadly and powerful that it has deadly effects on customers," said Franklin County Sheriff Dallas Baldwin.

The Ohio Attorney General's Office recently sent out a bulletin to law enforcement officials statewide warning them about the new drug.

It can be administered in a powder or residue form, through a liquid syringe or in the form of blue tablets, according to BCI. Parafluorofentanyl comes in many colors that range from white to purple.

A seven-month undercover narcotics investigation by the sheriff's office and the Hilliard Division of Police ended with the arrests Alvaro Hernandez, Magally Ruelas-Gonzales and Arturo Benavides two weeks ago.