Overcoming the odds: Ohio State student graduates with honors after criminal past

Harley Blakeman remembers the feeling of walking out of prison a free man. 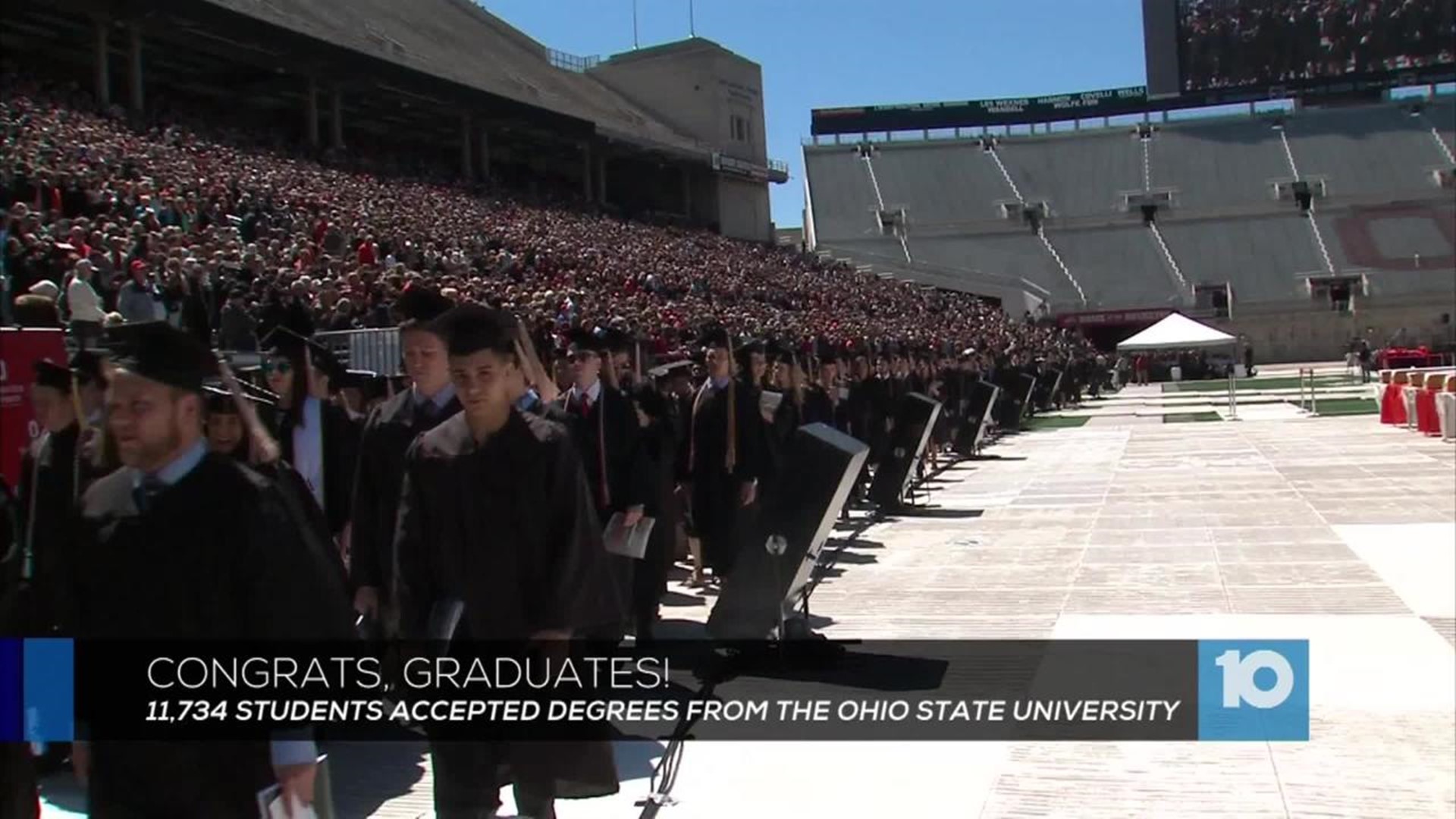 “It feels great,” Harley Blakeman said. “I woke up excited. I just kind of jumped out of bed, excited.”

Sunday was Blakeman’s first graduation. He never graduated high school. He dropped out when he was 16 years old.

At 19, after being arrested for drugs and theft he spent a year in prison in Georgia.

Blakeman’s aunts, Rahm and Renee Ayers and his grandmother, Patsy Gardner, were all he had. The family from Ohio wrote to him while he was locked up.

“I wrote every week,” Gardner said. “And, I could see a change.”

After his sentence was over, they brought him to Ohio. For Blakeman, it was a clean slate.

He got a job and eventually, with the GED he earned in jail, went to Columbus State. After a year, he applied to The Ohio State University.

“He did it, himself,” Rahm said. “I mean, we pushed him, but he decided he was going to change and he changed.”

With a 3.6 GPA, Blakeman graduated with honors, Sunday, with a degree in Business Administration.

“Once I got accepted here, I wasn’t going to stop until I got to this point,” Blakeman said.

To this point. To this day.

A day his family never doubted would come.

As for that 19-year-old kid, Blakeman thinks of him and wishes he knew then what he knows now.

“Life is too short to make short-term decisions that can change your life for the better and the worse,” he said. “You got to think how short life is and make decisions that you won’t regret.”

"I remember standing at that window with the bars just looking at the parking lot thinking 'I'm about to be out there'," Harley Blakeman said.

"As I'm walking, it's just the greatest feeling ever and I'm like 'I'm never coming back'," he said.

It was the feeling of freedom.

To understand why, you have to go back almost 10 years.

Blakeman was a high school dropout. His father died not long after his parents divorced. He says his drug and alcohol use was every day.

"On the day-to-day basis, I was addicted to pain killers," he said.

That addiction, he says, led to selling drugs.

That's when it happened.

Blakeman was arrested in Savannah, Georgia with multiple felonies tagged to his name.

When he bonded out, he says things only got worse.

"I went to jail and three days later I get out and everything is gone," he said. "My apartment, my car, my money, my job."

Knowing he was headed to prison, he says he got even more depressed and began mixing anti-depressants and pain killers. When he was arrested on a theft charge, which he says he didn't commit, he was back in jail. He pleaded no contest to the theft charge and, after spending months in jail, was transferred to Treutlen Probation Detention Center in Soperton, Georgia, for a 12-month stretch.

"I didn't even have a cell," he said. "They took me to a dorm, which was about 84 people in an open room with bunk beds. I remember when they shut me in everyone was quiet and looked at me and people, of course, whistled and stuff."

While on the inside, Blakeman says he learned a great deal.

His Ohio family; his grandmother and his aunts picked him up after a year in prison and brought him back to the Buckeye State for a fresh start. He got a job, stayed clean and then, one day, he had a thought.

"I have potential," he said. "Why am I sitting here doing this? There's got to be something I can do."

With his GED he applied to Columbus State and was accepted. He stayed a year then applied to Ohio State University.

"Maybe a month or two later, I got the acceptance letter," he said. "It was so surreal. I never would have thought such a prestigious school would open so many doors for me. I never thought I'd be able to get in."

Not only did he get in, he stuck it out. And, with a 3.6 GPA, he's graduating from the Fisher College of Business with a degree in Business Administration.

He's now made it his mission to help others.

His book, "Grit: How to get a job and build a career with a criminal record," focuses on putting the best foot forward with interviewing, confidence and resume building. It's been helping those needing to embrace their past and needing to focus on their future.

He says he's proving it's possible to overcome bad decisions and to be the person you're destined to be.

"I am very proud of myself, but I don't think I'm near where I'm going to be as far as helping people," he said. "I'm just at the beginning."

More information on Blakeman's book can be found here.