As he continues his battle with mental health, Bobby Sutcliffe decided to tackle the grueling 2,650-mile-long trail to find himself again and inspire others. 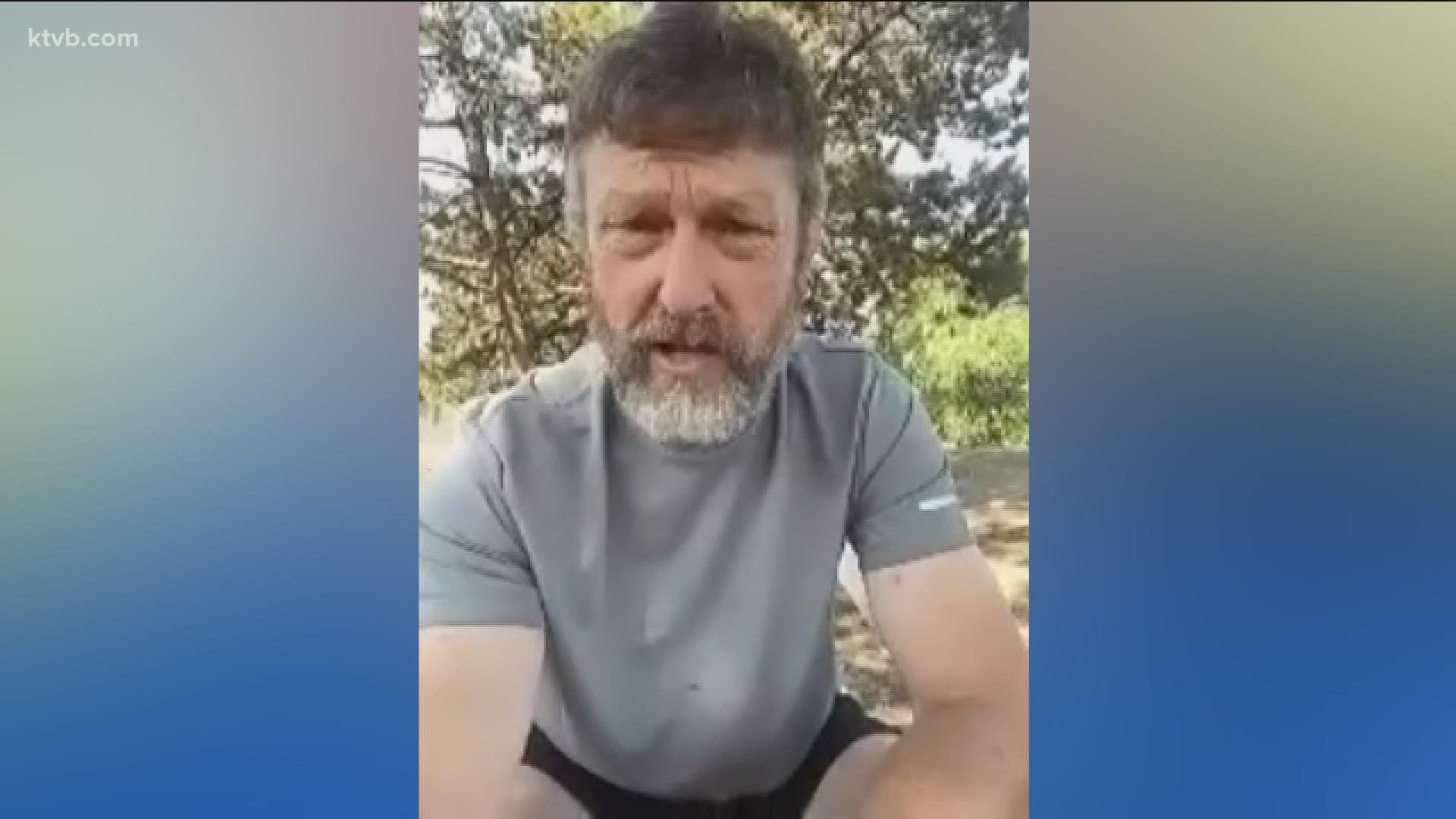 BOISE, Idaho — Bobby Sutcliffe of Boise is a proud U.S. Marine veteran, but he also has the physical and emotional scars that go along with that honor.

"I'll be totally honest with you; when you deal with depression, anxiety, traumatic brain injury and post-traumatic stress disorder (PTSD), and that's for anybody, it's a fight every day," he said.

Sutcliffe served honorably from 1993 to 2001. He had to end his beloved military career early after a parachuting accident, an incident he said could have very well taken his life.

Although he survived, Sutcliffe said it came with a price.

"I started dealing with some traumatic brain injury, depression and head injury issues, so I cut my Marine Corps career short," he said.

Sutcliffe and his family made a life for themselves in Boise. He dedicated most of his life to teaching, coaching and mentoring kids. He also worked at schools like Bishop Kelly and Cole Valley Christian.

"I've had the blessing to work with a lot of kids and mentor them over the years," Sutcliffe said.

Now, Sutcliffe's life has come full circle and his former students are cheering him on as he takes on the biggest challenge of his life: hiking the Pacific Crest Trail.

The Pacific Crest Trail begins at the Mexico border and continues through the desert of California and the Sierra Mountains. The trail then leads hikers through Oregon and Washington before ending in Canada.

"It's 2,650 miles long and it's anywhere from a four to six-month journey," Sutcliffe said.

He decided to embark on this grueling journey after suffering another head injury in 2017, which caused his depression and PTSD symptoms to worsen.

"I was spiraling backward into dark places and fighting invisible wounds just like a lot of veterans and other people are dealing with out there," Sutcliffe said. "The amount of visits to the [Veteran's Affairs office] and therapy was working, but I wasn't crawling out of my hole, it was just a band-aid. Then I said, 'I'm going to take this to the next level. I'm going to do the Pacific Crest Trail.'"

When Sutcliffe began this adventure in April, his Marine Corps friends showed up to help him start the quest.

"At the Mexican border stood seven of the guys I have served and battled with," Sutcliffe said. "They were there to support me at the beginning of my journey, and as a matter of fact, they stepped off with me. But they have real lives so they peeled off the trail one at a time."

The Pacific Crest Trail is grueling and Sutcliffe has felt every bit of that as he's adjusted to the conditions. He said he's been challenged at every level.

"One minute I'm climbing a snow pass to get through it with an ice ax, to now dealing with trying to find water or 100-degree heat," he said. "The biggest challenge for me is finding water. I end up doing 20-25 miles a day which would put me at the four and a half month mark. I should be back by Sept. 1."

Sutcliffe is sharing this powerful journey on Facebook. He and his wife created a Facebook page called Hike and Heal: Pacific Coast Trail 2021.

The support for Sutcliffe from family, friends, former students and athletes has been incredible. He is inspiring people all over the country.

"You know, it's very heartwarming to know that you're loved so much. It's been a huge eye-opener," he said.

In the months he's been on the trail, he's felt better than he has in a long time, both mentally and physically. He also said he's now realized what he wants to do with his life.

"I have five weeks left, and when I get back I want to start my own non-profit outreach for those vets or for anybody that is struggling, anybody that wants help," Sutcliffe told KTVB. "There are so many people that care and we have such an awesome community. That's what I want to do with the rest of my life. I want to help people just like me."

Meet Bobby Sutcliffe. He’s a proud Marine veteran, who has struggled with TBI, PTSD & depression. He set out to hike the Pacific Crest Trail, a grueling 2,650 mile trek from the border of Mexico to the border of Canada. His goal? To hike & heal. Watch @KTVB tonight at 10pm. 🇺🇸 pic.twitter.com/DNZPE81XJY

Through his non-profit, Sutcliffe wants to heal those struggling with mental health issues through recreational therapy.

However, he has to finish the trail first.

"It's going to be really nice to get back and show them that dad is back," he said.

Right now, the border of Canada is calling and Sutcliffe will be in good company for the last leg of this journey. His fellow Marines are coming back to finish the final miles of the trail with him.

"It just shows you the bond, the brotherhood, there won't be a dry eye in the house," he said. "What a celebration that's going to be!"

For more on Bobby Sutcliffe and his Hike and Heal journey along the Pacific Crest Trail, check out his Facebook page.

See all of the heartwarming segments in our YouTube playlist here: