Jessie’s Journey: Boise mom shares the raw and painful reality of raising a child who is battling cancer

Jessie was diagnosed with leukemia in February. Her fight has been brutal and her mom started a Facebook page to show what it’s like to have childhood cancer. 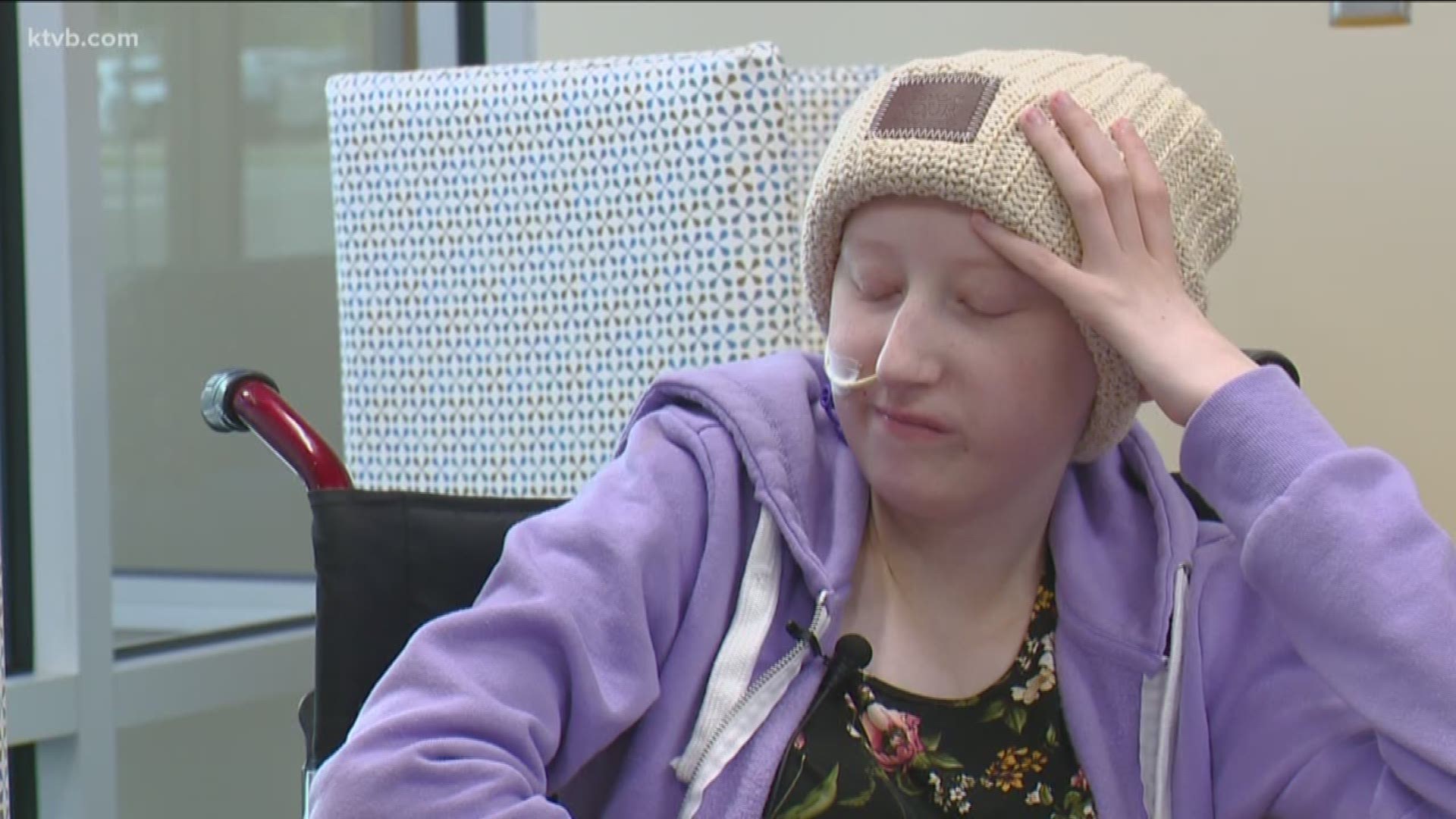 BOISE, Idaho — Jessie Severns was diagnosed with leukemia in February of this year. Her fight has been brutal, and her mom started a Facebook page to show what it’s really like to have childhood cancer.

A Boise mom is sharing what having a child with cancer is really like, and it's touching people all over the Treasure Valley.

Jennifer Severns’ 14-year-old daughter Jessie was diagnosed with leukemia in February of this year. Her daughter’s journey through treatment has been tough, and Severns is documenting it all on social media. She started a Facebook page called Jessie’s Journey, and the posts are raw and real

“We had a few people tell us, well it's just leukemia, it's not that bad. That was my ah-ha moment,” said Jennifer Severns. “I don't think they understand how tough childhood cancer is, on the kids and on the parents.”

February 22, 2019 - the day Jessie was diagnosed, and it’s a day they will always remember. They thought Jessie had the flu, but she wasn’t getting better. They took her in to see her doctor.

“Our pediatrician walked over and said I'm not going to sugar coat this, this is cancer,” Severns said.

Their doctor saw the signs of leukemia right away. Jessie’s parents were shocked. They couldn’t believe what they were hearing. Jessie had an aggressive type of leukemia called t-cell acute lymphoblastic leukemia. She was admitted to the hospital, and chemotherapy treatment started right away.

Severns says her daughter has been through brutal and painful treatments, but she’s more worried about her parents than she is about herself.

“The procedures that she has gone through, the chemo that she's gone through, there are nights she would be up all night throwing up and she would put a smile on her face and say sorry mom, sorry you are staying awake with me. That's not something that she needs to be sorry about. You know, as a mom, now I'm going to cry,” Severns said through tears. “You can't cuddle them, you can't soothe them, you can't take that pain at the moment away from them, and it is hard.”

Jessie’s parents are both from huge families, and everyone wanted to know how Jessie was doing. All the calls and messages were overwhelming, so Severns started a Facebook page. Hundreds of people started following Jessie's Journey, people the Severns don't even know.

“In just a few days, it was spread out to the Treasure Valley. Then it was shared around the United States. I never expected it to go as far as it did,” she said.

With Jessie's permission, Severns posts photos and videos daily. Her posts are raw, sometimes even painful to look at, showing the reality of childhood cancer.

She says sharing Jessie's battle, is impacting others in a big way.

RELATED: Caldwell man pleads for the return of his wife's ashes after they were stolen

“I know a lot of people are now donating to St Jude's, they have offered to volunteer,” Severns said. “They are inspired by her fight, they realize that their own struggles are minute compared to what is out there.”

Jessie is weak, thin, and tired, but there is good news to report - her mom says she is in remission.

“She has a fantastic prognosis. In late October we start maintenance,” she said. “We just need to keep those cancer cells at bay.”

Jessie has dreams of playing volleyball and basketball, growing her long blonde hair back, hanging out with her friends, and finally eating sushi again. Jessie's parents want to say thank you to all the people who have been helping them through this difficult year, especially their Facebook community.

“Every message, every comment, we read those. It brings a smile to her, it helps lift her up, even on her bad days,” Severns said. “That love, we feel it from everybody.”