If the OSU Marching Band is the Sistine Chapel, then the drum major is Michelangelo. And, his brush is his baton. 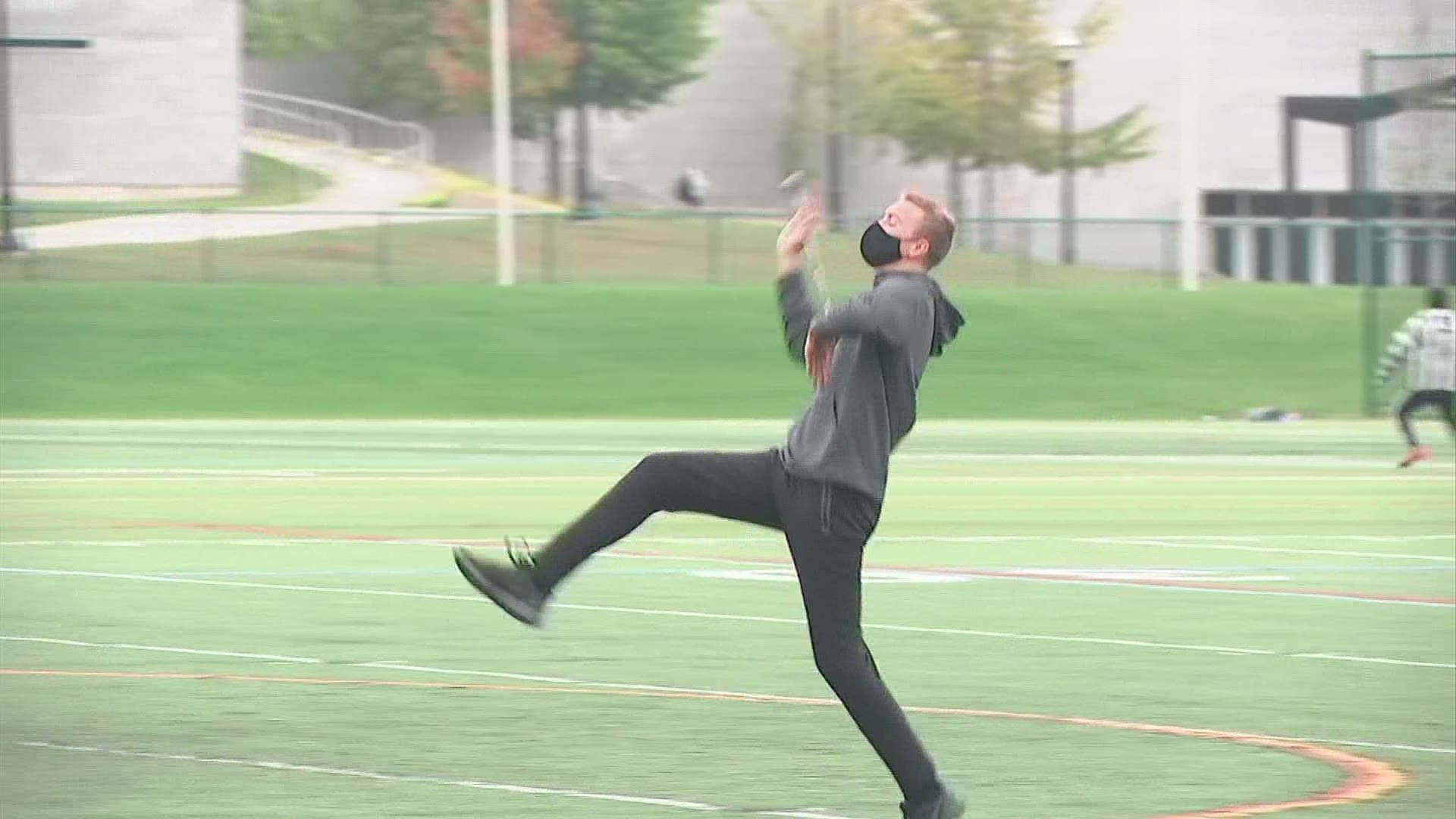 COLUMBUS, Ohio — If the Ohio State University Marching Band is the Sistine Chapel, then the drum major is Michelangelo. And, his brush is his baton.

It’s a given. It always has been. This year, though, is anything but given.

“It’s a lot of things that are different,” Brayden Deemer said.

Deemer holds the coveted title of drum major with TBDBITL.

“I was a little upset, of course,” he said. “I think everyone in the band was upset as well as our parents and the fans that we aren’t going to be physically at the game.”

As part of the new OSU game day operations and the ongoing pandemic, TBDBITL will be MIA.

The band will not perform at games, nor will it have its traditional Skull Session at St. John Arena. The good news is that fans will be able to watch a recorded pre-game and half-time performance on the Scarlet Saturday stream.

“I’m just glad we’re doing something,” he said. “Yeah, it would be very nice to be able to go down and have a full 110,000 in Ohio Stadium, but I think we’re just very lucky that we’re able to do something.”

It’s different, Deemer says, performing for an empty stadium playing to cameras instead of a sold-out Shoe. No shock. No awe. No crowd reaction to play off of.

“When you’re twirling to cameras and really people on the sidelines that have seen you twirl before that know what to expect from you, you’ll do a catch and they’ll go ‘Hmm, alright’,” he said. “Versus people in the crowds, they see you catch something, ‘How do they do that?’”

Deemer says fans will still get Script Ohio, the dotting of the “I” and a halftime show. This Saturday’s performance was recorded two weeks ago. As for the decisions to have no band, no fans and no tailgating, Deemer says he agrees with them.

“We all have our own opinions about it, but I definitely think it was a smart call,” he said.

He doesn’t need 110,000 people watching him, though it would be nice. He only needs his baton. His paintbrush. And, his 225 comrades, which are the colors he splashes onto the canvas painting his masterpiece. It brings TBDBITL to L-I-F-E.