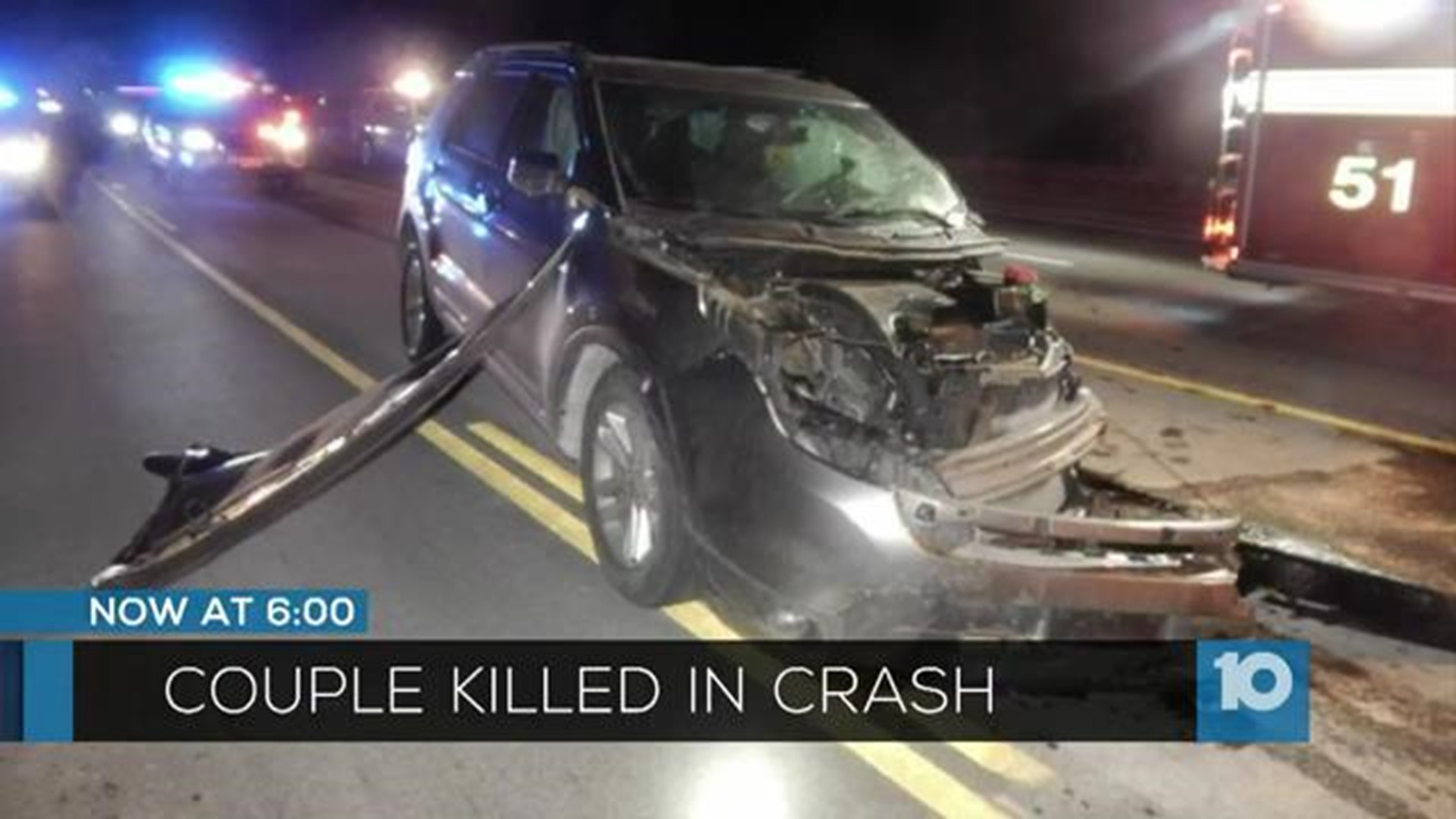 Investigators say a driver impaired by a legally-prescribed drug caused a crash that killed a Licking County couple.

The crash happened around 8:30 Wednesday night on S.R. 79 in Licking County.

Chelsey Elick is still shaken from witnessing the head-on collision.

"It was right in front of me. Like, if I was two seconds earlier, it would have been me," she said.

Investigators say the driver of a Ford Explorer crossed into oncoming traffic.

Elick says she jumped out to help and saw the driver of the Explorer and his 4-year-old son.

A man and woman inside a Chevy Blazer were pronounced dead at the scene.

"The guy — I asked him — there's people in the other car, and he said, 'Oh my gosh, are they okay? Did I hurt someone?'" Elick said. "When I seen the other vehicle, I knew there was no way. It's just really horrible."

"When we were talking to the at-fault driver, he advised that he had fallen asleep and he also was forthcoming that he was prescribed methadone," said OSHP Lt. Aaron Vollmer. "So, at that time, we started putting him through standardized field sobriety tests and made a determination that we thought he was under the influence of drugs. Even though it's legally prescribed by a physician, you are still responsible for what's in your body and how it can affect you."

Elick's​ thoughts are with the families of the victims and a little boy she will never forget.

"Hold your loved ones close, because you never know when their last day will be," she said.

Investigators say charges are pending against the at-fault driver, a 37-year-old Columbus man. 10TV is not identifying him because he has not yet been charged with a crime.

10TV went to his home where a woman said he had no comment. She said drugs and alcohol had nothing to do with the crash and that he fell asleep behind the wheel because he works two jobs.

According to his driving record, he has three prior convictions for drunk driving.

The victims of the crash were identified as 59-year-old Cindy Perry of Buckeye Lake and her boyfriend, 47-year-old John Rodela of Hebron.

Perry's mother told 10TV "she was a good daughter" who can never be replaced.