A skilled labor shortage combined with a boom in Columbus’ homebuilding market is causing skilled trader workers to scramble to meet demand. 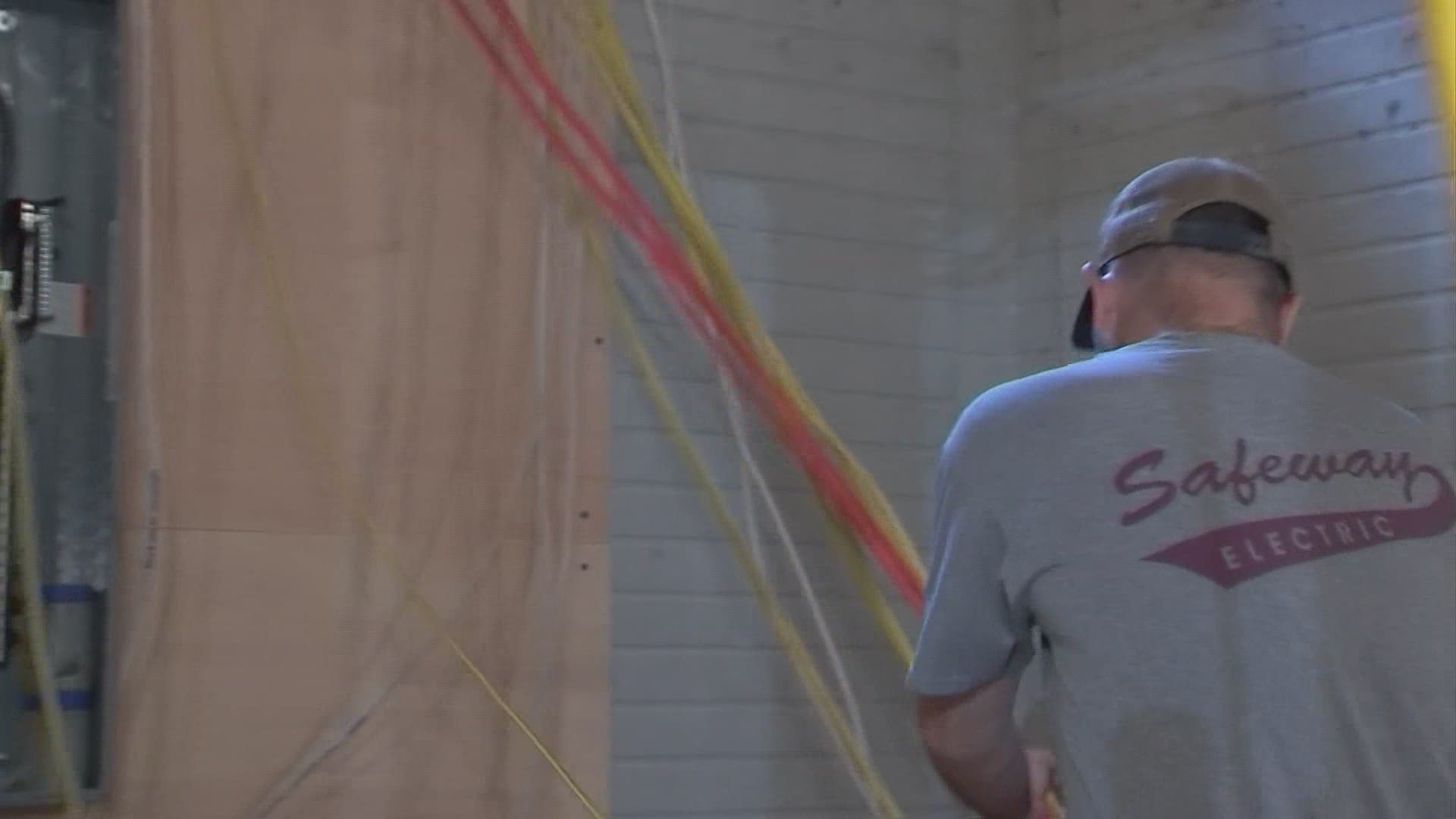 COLUMBUS, Ohio — It was a good week for Marilyn Pongonis' air conditioner to give out. The Upper Arlington resident says she got lucky it happened now instead of the hot temperatures the Columbus area saw in the middle of June.

“This morning when I was out walking my dogs in the park, I ran into somebody that I know and I mentioned that our air conditioning was out during this cool week,” said Pongonis. “They said, ‘How did you get somebody out here so quickly?’ And I mentioned we had a contract with the company.”

A contract Pongonis has been renewing since the same furnace and air conditioner company installed the unit in their house. Her friend was not as lucky.

“They said they were trying to get service people out to their house for weeks and they are just on lists,” Pongonis said.

Call around and you may find yourself in the same position, on a list.

“You have to have connections now, who knows somebody and knows somebody,” said Ben Lambert. “Everyone is so busy with the customers they have right now. It’s hard to get somebody new in there.”

Lambert is the residential supervisor at Safeway Electric Company, LLC. In Columbus. Safeway has been in business for 34 years, and Lambert says this is the busiest they have ever been.

“It’s great, but you can’t keep up with the demand. They build more than we can handle sometimes. You got to have skilled workers and that’s hard to find,” said Lambert.

Since 1988, Don Rutherford has run his own carpentry business. His loyal clients that he has had for decades, and their children who are now homeowners themselves, are having to wait to tackle projects.

"They know that I will get to them and put me on the list,” said Rutherford. "I think more people are at home and they look around and have more things to do so I think that probably has to do with a lot of the business.”

He says he is lucky that he was able to stay busy during the pandemic, but he isn’t really taking on new customers.

“I've been getting a lot more calls. Unfortunately, been turning a lot down,” Rutherford says.

Safeway Electric is taking on new clients, but getting on the books is running into mid-summer.

“Probably a month,” said Lambert, “it used to be all about two weeks, typically, now it's a month, a month in a half.