The junior varsity sophomore player’s neck was injured during a game, the district said. 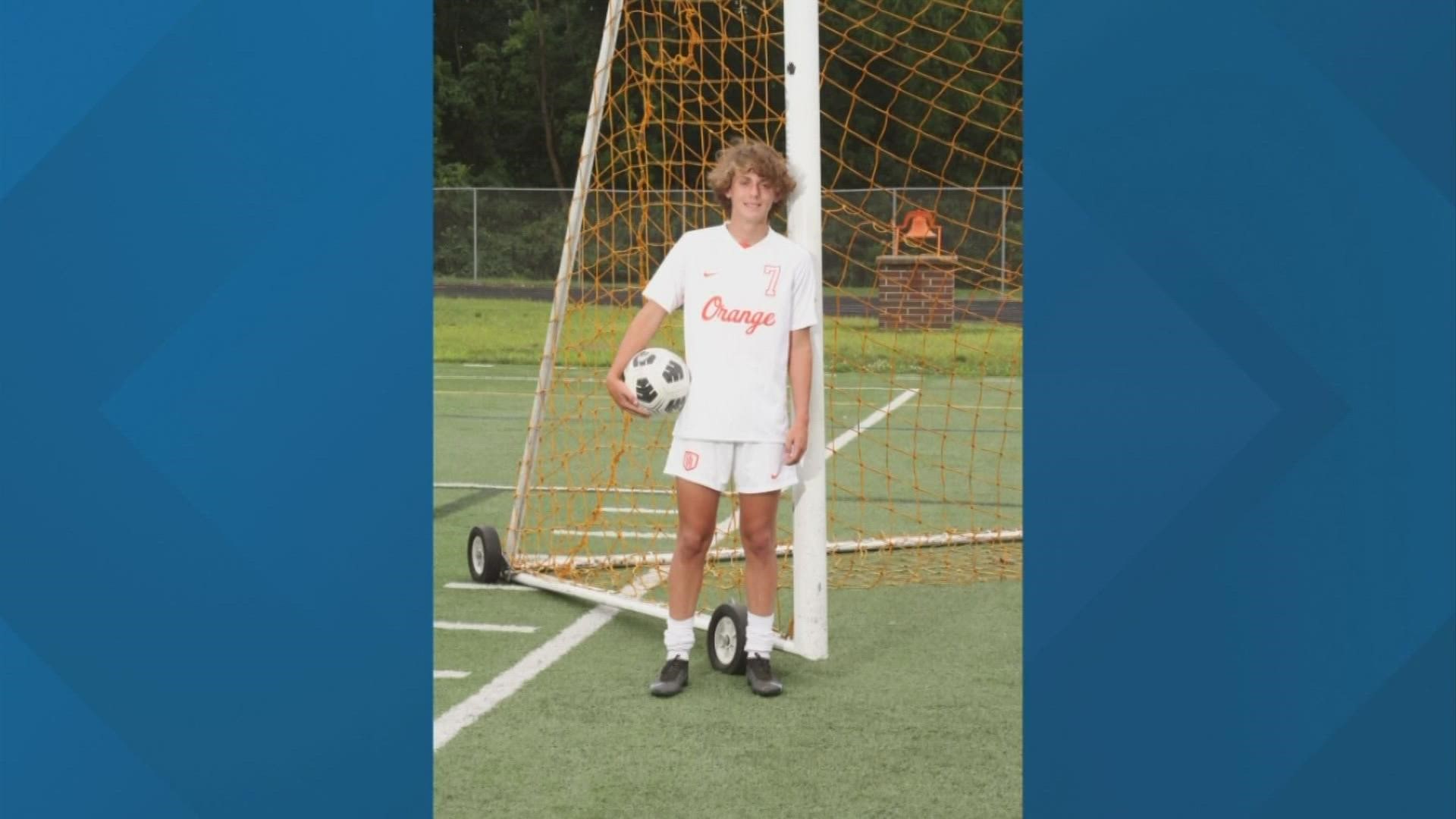 COLUMBUS, Ohio — An Olentangy Orange High School soccer player is in the hospital after the district says he was injured during a game on Saturday.

The junior varsity sophomore player’s neck was injured while he was playing, according to a social media post from the district.

Medley was taken to Nationwide Children’s Hospital, where a district spokesperson says he continues to be treated.

“We are very concerned about our student’s health, and we wish him well as he continues to recover,” it reads in a statement from the district.

Medley is described as a passionate, fun and exciting person.

The district is going to be selling t-shirts with the hashtag "MarshallWouldPlay" printed on them.

Weiss said teammates went to the hospital on Monday with signs they held up outside so Marshall would be able to see them.

The coach said it was a needed step for Marshall, his family and his teammates so they can begin to move forward.

The Orange Athletic Booster Club is asking for donations to the student’s family.

Weiss said Medley is expected to be in the hospital for the next couple of weeks.