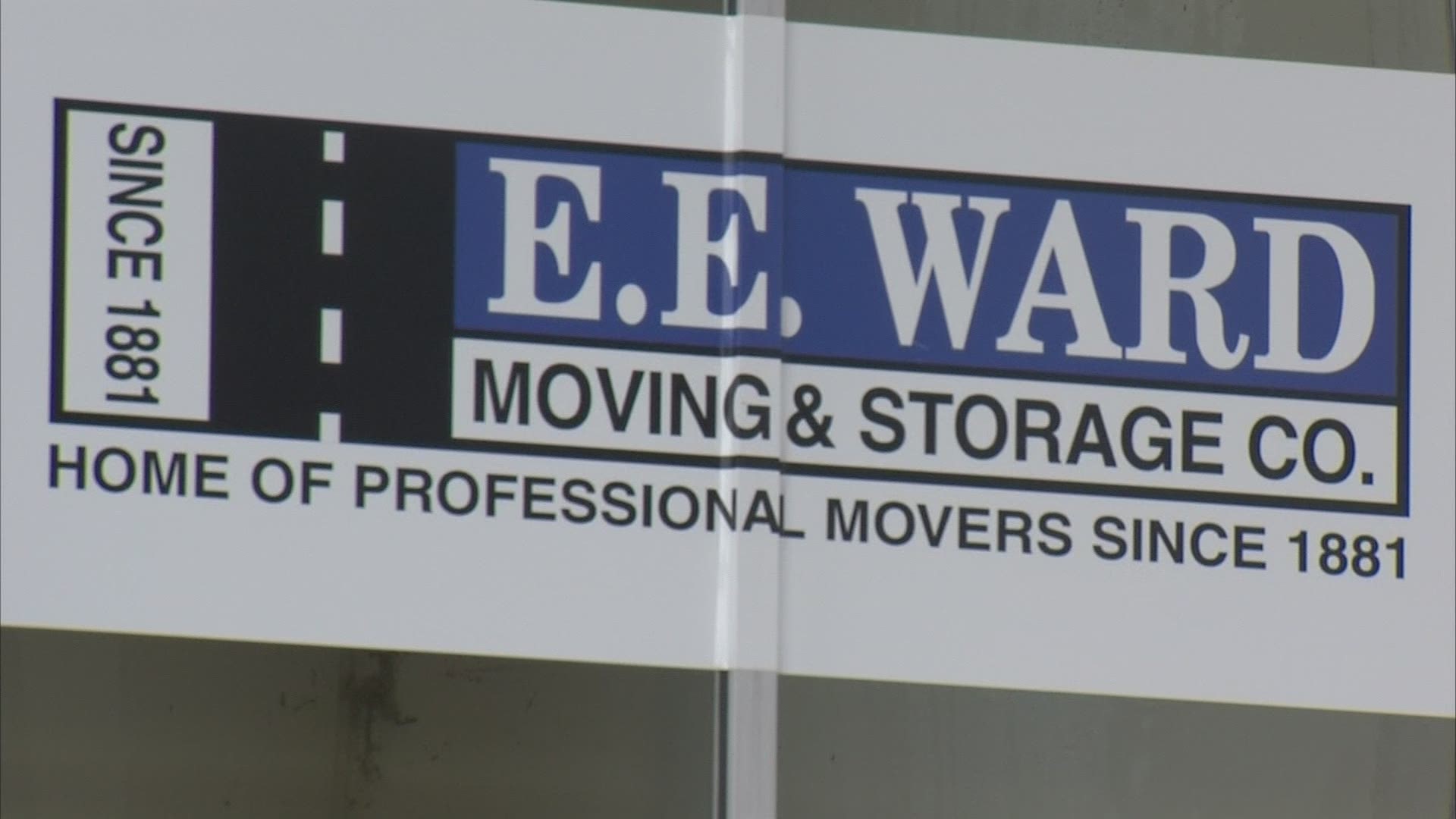 COLUMBUS, Ohio — Having the title of being the oldest is impressive.

The oldest car, the oldest phone, but have you ever wondered what’s the oldest Black-owned business?

That title belongs to the company E.E. Ward Moving & Storage in Columbus.

It’s also the first Black-owned business in the United States. The company started there and it’s celebrating 140 years of being in service.

Family stories are told often. But pictures often tell the moments that slip our minds but will last forever in photo albums.

“This here is my great-great-grandfather. This is my mother’s-mother's father,” said Michelle Tudor.

Inside the album lives the story of her family the Wards, and their family business E.E. Ward Moving and Storage.

But, there’s no one better to tell this story than Dolores White – one of the oldest living Wards in the family’s bloodline.

“The beginning was with my great – great grandfather, John T. Ward,” White said.

White, 87, said the origin of her family business didn’t come as the “American Dream”. Instead, she said its roots are rugged, starting in a time when African Americans were socially perceived as less.

White’s grandfather, John T. Ward, and his wife Catherine Ross moved to Columbus in the 1830s.

Ward then realized what he had found while helping people gain freedom: a business.

Ward and his son William founded Ward Transfer Lines in 1881.

The business name as it is today, E.E. Ward, was changed after John’s son, Edgar Earl died to be named after him.

Over the next 100 years, the family-owned business became a staple to the Black community.

“They went through depression, bigotry, competition but they still made it. They weren’t the people that wanted to just get rich, it was just to take care of family,” said White.

They’ve done that, successfully handing down the business from generation to generation.

Brian Brooks, and his wife Dominique, now own the business, which is headquartered in Grove City with another branch in Charlotte, North Carolina.

He said the business, which started with two horses and a buggy, has now grown into a multi-million dollar company.

Deep in the walls of the business, Brooks said is the result of hard work and dedication.

“They just preserved through just, finding niches. It’s very important and it means a lot to me because I think about a lot of the other long-time businesses,” said Brooks.

If there’s one thing this last year has taught us, it’s the importance of withstanding time.

Lasting 140 years as a business means something to Michelle Tudor: it’s part of Black history and a piece of American History.

“We helped the communities around us, and it was a new breath of fresh air and I’m so happy to see that,” said Tudor.

Brooks said the company is now one of the top businesses in the state.

Throughout the years, he said the company has never lost sight of its core values of servitude and helping others.