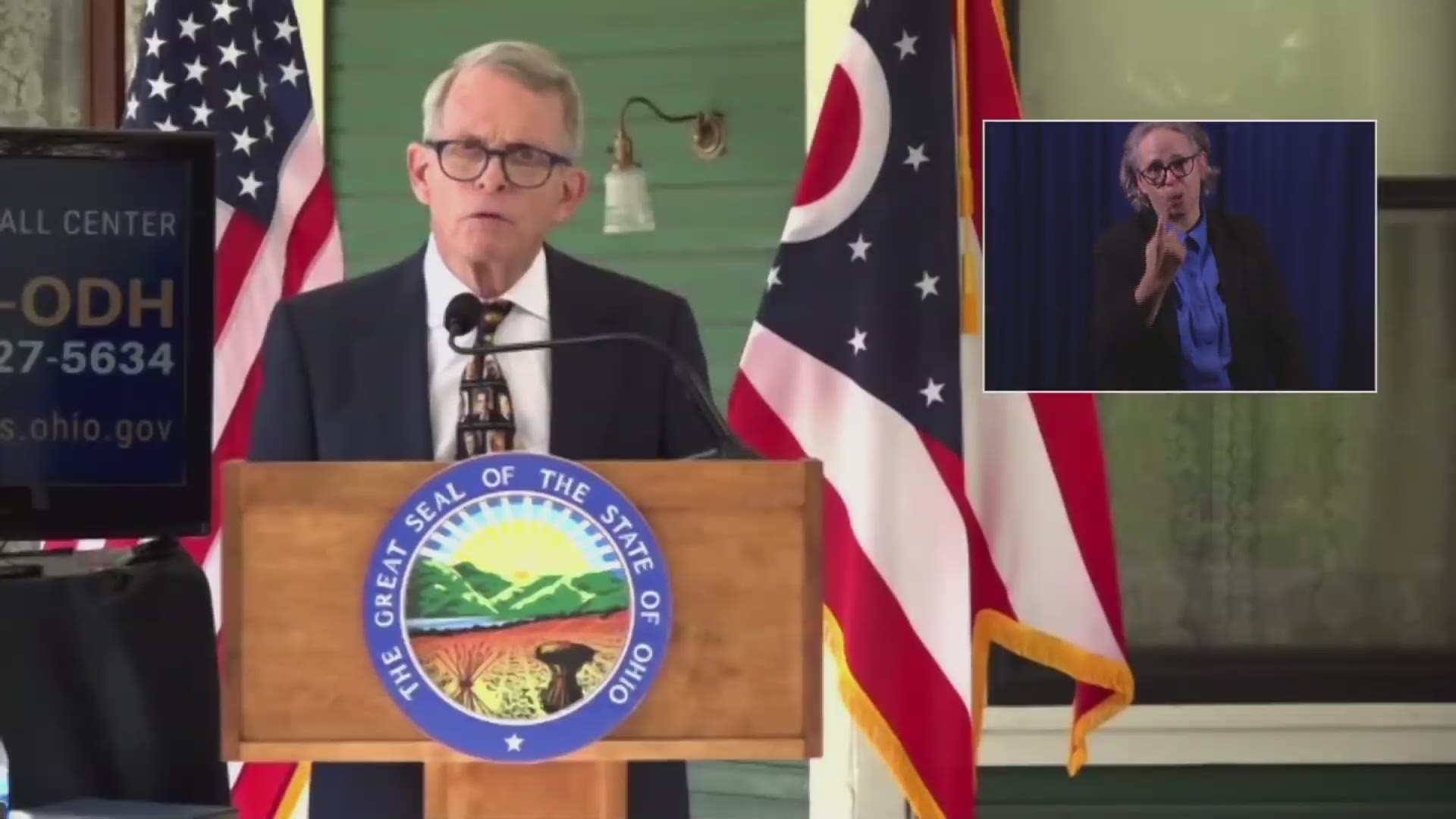 Since 2016, Mike DeWine has been a public supporter of President Donald Trump.

It appears, however, that support may no longer be mutual.

Taking to social media on Monday morning, Trump posted a thinly veiled tweet that appeared to question DeWine's future as Ohio's governor. Elected as Ohio's governor in 2018 -- two years at Trump was elected president -- DeWine will be up for reelection in 2022.

"Who will be running for Governor of the Great State of Ohio?" Trump asked. "Will be hotly contested!"

Who will be running for Governor of the Great State of Ohio? Will be hotly contested!

Perhaps uncoincidentally, Trump's tweet comes just one day after DeWine urged his fellow Republican to begin the transition of power to President-elect Joe Biden. Despite several media organizations calling the 2020 Presidential Election for Biden on Nov. 7, Trump has refused to concede the contest and has yet to work with the Biden transition team.

"It's clear that, certainly, based on what we know now, that Joe Biden is the president-elect. And that transition, for the country's sake, it's important for a normal transition to start through," Gov. DeWine said while appearing on CNN's State of the Union on Sunday. "And the president can go on his other track and his legal track. We should respect that, but we also need to begin that process.”

Despite being one of the few governors in a state that Trump won to refer to Biden as the country's President-elect, DeWine has been a public supporter of Trump's throughout the coronavirus (COVID-19) pandemic and leading up to the 2020 election. While his own policies and comments regarding the pandemic have sometimes been at odds with Trump's stances, DeWine has repeatedly stated that he's a big believer in the choices Trump has made with his court appointments.

"He made a commitment to the people of Ohio and the country," DeWine said in October. "Many people voted for him the first time because of that commitment. He's kept that commitment. He's put people who believe in the Constitution, who know they're not legislators, very qualified individuals. [Supreme Court] Judge [Amy Coney] Barrett certainly fits that as well."

This isn't the first time DeWine has been at odds with members of his own party, with several Ohio Republicans having taken issue with his response to the coronavirus pandemic, which included a temporary shutdown of several businesses in the spring and additional restrictions potentially on their way in the days and weeks ahead. According to The New Yorker, DeWine's supporters expect he'll be primaried by a "far-right challenger" ahead of the 2022 gubernatorial election.

Trump's tweet appears to indicate that will likely be the case.

“I have always had a great working relationship with the President. I am proud to have served as President Trump’s Campaign Co-Chairman in Ohio, where we won by the largest margin of any swing state in the country.

“And I intend to run a winning campaign for governor in 2022.”