'It's time': Rob Portman explains reasons for not running for another term in the United States Senate

Portman said the ongoing partisan gridlock in Washington and a lengthy career commuting to and from Ohio are the primary reasons for his decision. 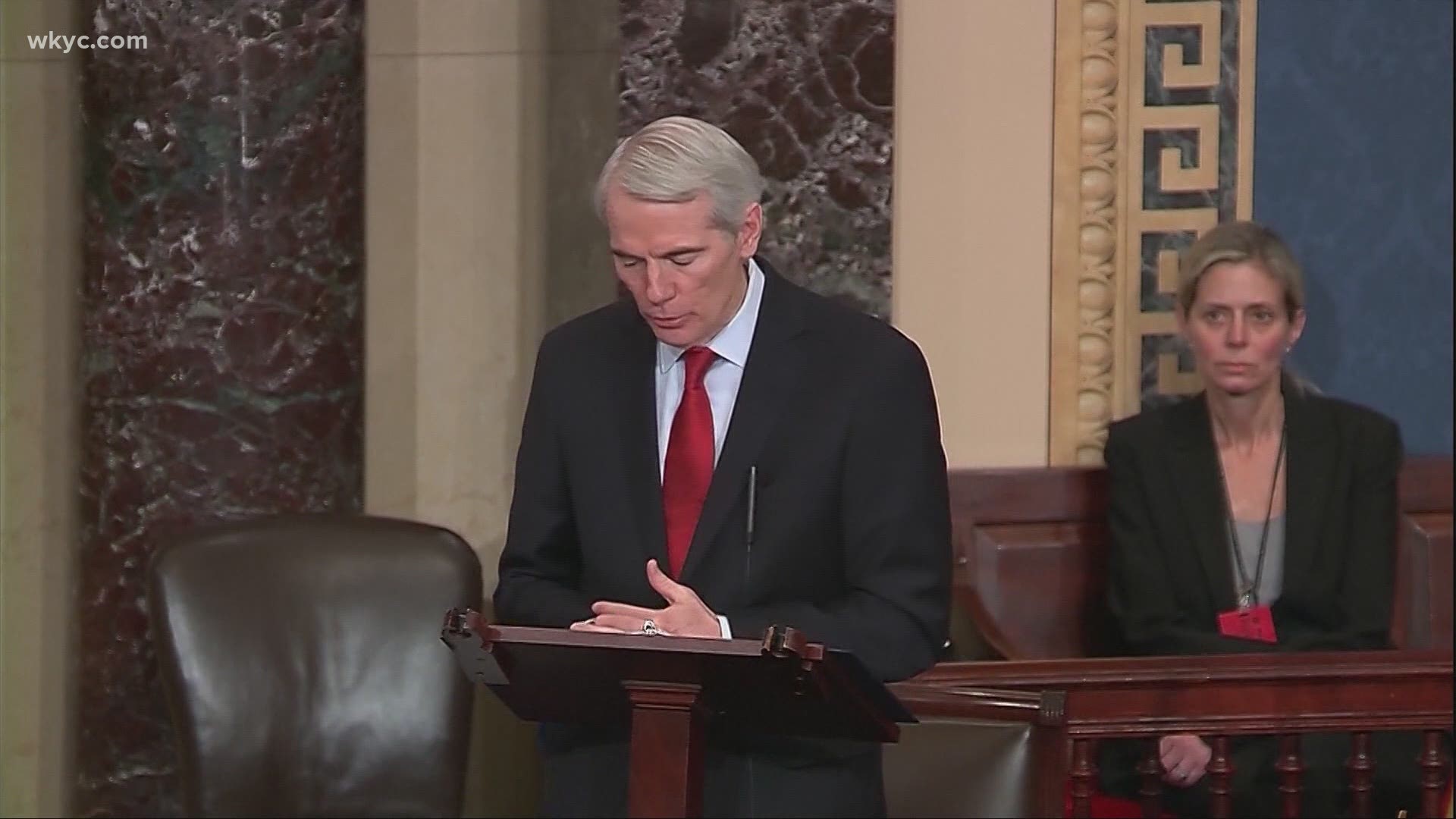 CLEVELAND — A day after announcing that he would not be running for reelection in the U.S. Senate, Rob Portman spoke to reporters in a conference call to explain his decision.

Portman, who has been in the Senate since 2011, pointed to two main reasons why he is stepping down after the 2022 election. The 65-year-old has had a lengthy career in Washington working for two presidential administrations and as a member of the House, in addition to his ten years in the Senate. "The commute is no fun," Portman said. "I'm looking forward to being home with my family."

The other reason for Portman's abrupt decision to leave the Senate after next year is due to the continuing partisan gridlock in Washington. "It's getting harder and harder to get things done," he admitted.

Portman pointed to the lack of negotiations going on as the Biden Administration seeks to pass a new $1.9 trillion stimulus package. Sen. Bernie Sanders has stated that he would like to use reconciliation, meaning just 51 votes would be required to pass a bill in the Senate. "This should be a time for bipartisanship," Portman said, adding that Republicans have not been allowed to weigh in on the proposal.

"I feel very fortunate to have had the ability to represent Ohio. I've got two more years and I think we'll get a lot done," Portman added. "This was not an easy decision, because I love public service." He added that two issues that he will continue to be active in trying to move forward will be infrastructure and retirement security. Once he leaves the Senate, Portman says he will look to stay involved in public policy.

Portman stated that the results of the recent election had no bearing on his decision not to run again, saying he would have made the same choice if President Trump had been reelected or if the Republicans would have maintained control of the Senate. Announcing his decision now will give the GOP the time to 'gear up for next year,' Portman explained.