Drivers in Ohio and six other states will notice high-visibility enforcement from now until Saturday. 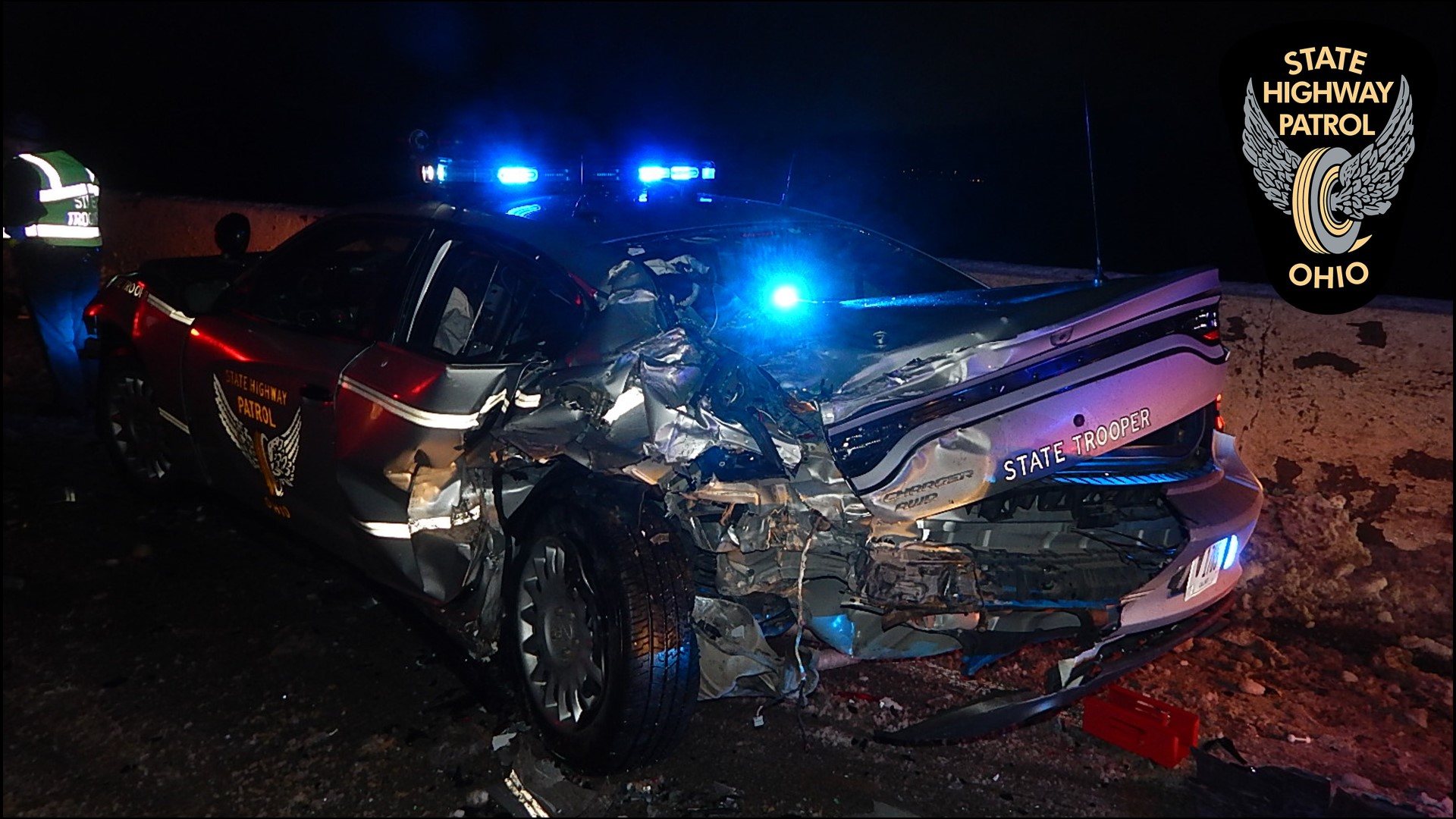 COLUMBUS, Ohio — The Ohio State Highway Patrol is stepping up its enforcement of the move over law as part of a new 6-state trooper project.

According to OSHP, a trooper was sitting in his patrol vehicle and was side-swiped by a semi-truck.

In a video posted in 2018, another vehicle was hit by a semi-truck. No troopers were injured in either of the crashes.

However, these are two examples of the 56 crashes involving OSHP cruisers that occurred from 2016 to 2020.

According to the latest data from the National Highway Traffic Safety Administration -- there were 41 deadly crashes like this in Ohio from 2015 to 2019.

This week, drivers will notice high visibility enforcement across the state.

It’s law in Ohio for drivers to move over to an adjacent lane or slow down if that’s not possible when approaching any vehicle with flashing lights, parked on the side of the road.

"Remember that we're all human. We're all out there trying to make a difference on the roadway and we just need to ensure that we're allowing them adequate room to do their job and ensuring that they get to go home safely as well,” said Sgt. Nathan Dennis of OSHP.

From 2016 to 2020, @OSHP cruisers were involved in 56 crashes where a driver failed to move over. Ohio law requires all drivers to move over to an adjacent lane when approaching any vehicle with flashing or rotating lights parked on the roadside. (1/2) pic.twitter.com/nRUVssRhsq

State police in Indiana, Kentucky, Michigan, Pennsylvania, and West Virginia are included in the effort.