The Ohio Department of Agriculture says the type and origin are being determined by USDA. 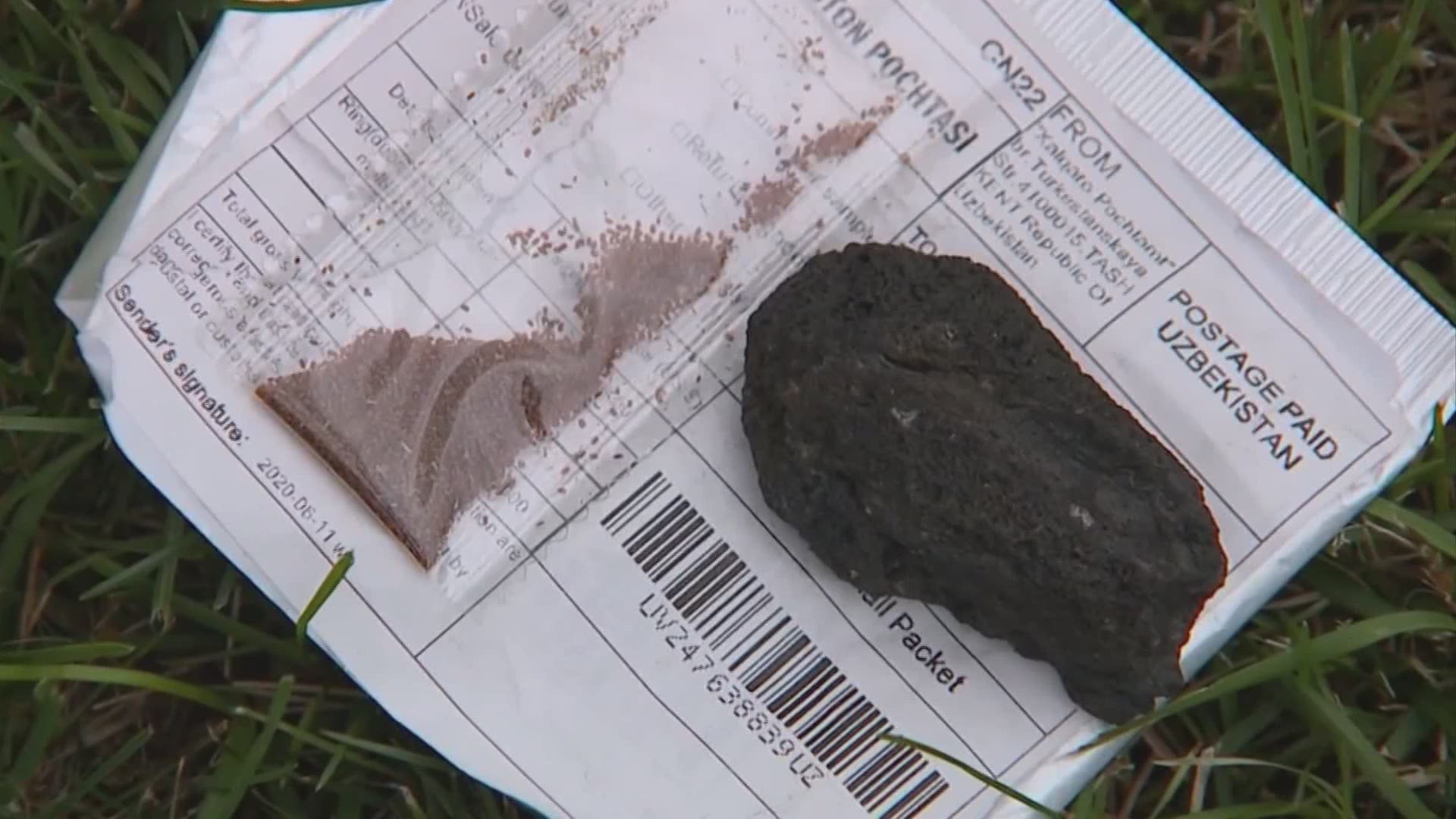 If you plant a seed it will grow. Right now the seed being planted across the country in peoples’ minds is curiosity.

“Yesterday, I got a plastic envelope,” Karen Mortland said.

Mortland lives in Columbus. When she checked her mailbox, Monday, there it was.

“It said it contained jewelry and I don’t remember ordering any jewelry from anywhere,” she said. “But, I opened it up and it had this packet of seeds inside.”

A packet of unidentified seeds. The strange thing was she didn’t order any seeds and, even stranger, was where they allegedly came from.

“The thought was ‘What is this’,” she said. “And why is it coming in the mail from China?”

“I’ve never seen this before, I will say that,” Daniel Kenny said.

Kenny is the Division of Plant Health Chief with the Ohio Department of Agriculture. He says last Friday morning he saw a couple articles online about unsolicited seed shipments. Later that day, he learned a couple different states had reported suspicious packages. Over the weekend, ODA started receiving phone calls.

“As of a couple hours ago, we had over 150 reports from Ohio of people who have received these shipments,” Kenny said. Tuesday afternoon.

ODA posted to Facebook telling people who got them to notify its office. That post gained more than 1,000 comments and 21,000 shares. People across Ohio began posting pictures of seeds they say they received in their mailboxes.

“The seeds themselves seem to be a variety of different seeds,” he said. “We’re not exactly sure what they are.”

Because they’re unknown, ODA says they could contain invasive plant species. If you have received a package, Kenny says don’t plant them, don’t eat them, keep them sealed with the original packaging and go online to report them to ODA’s website.

“As we get further guidance from the national level with USDA, we’re going to push that information out to those folks that are on that list that have received these seeds,” Kenny said.

The United States Department of Agriculture is working on it, along with Customs and Border Protection and Smuggling Interdiction and Trade Compliance to determine what they are and where they are coming from. CBS News is reporting all 50 states have reported cases of suspicious packages of seeds.

“I don’t know anybody that lives in China, at all,” Mortland said.

Mortland has followed all procedures to report what she received. Until it’s determined what they are she wants everyone to do the same hoping to not let seeds of curiosity grow into fear.

Kenny says ODA has received a couple reports of people who did plant the seeds. He says they are following up with those people but so far nothing seems to have come up.