The dog was taken to the Montgomery County Animal Resource Center where she is safe and out of the cold. 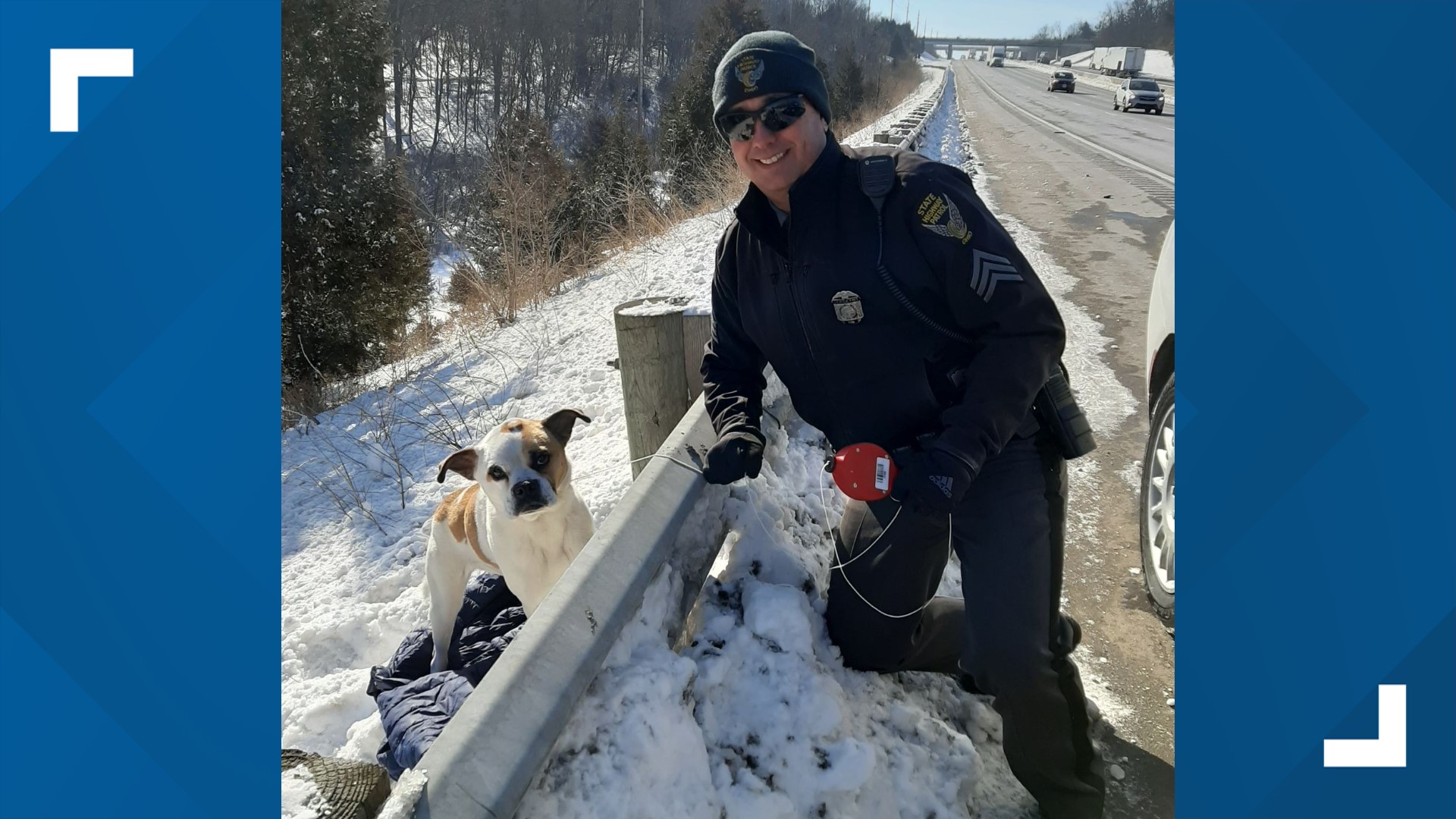 An Ohio State Highway Patrol officer had to use his own lunch to help lure a stray dog that was running in and out of traffic.

Sgt. Jeff Kramer was traveling along Interstate 75 north of Dayton and spotted traffic coming to a halt.

He eventually found a stray dog running between the lanes of traffic.

Sgt. Kramer tried to get to the dog but ended up in a two-hour foo pursuit, battling snow mounds and traffic.

Eventually, Sgt. Kramer decided to use a sandwich he had for lunch to entice the dog.

“You can tell she wanted to eat, she was hungry and cold. I was also worried because she was exposed to the cold temperatures for so long,” Kramer said.

Between using his sandwich and some rope for a makeshift leash, he was finally able to get the dog to safety.

“When I went to work on a snow day, or right after a snow day, I wasn't mentally prepared to be on foot running through the snow trying to safe a dog but that's the fun of the job,” Sgt. Kramer said.

Sgt. Kramer was told by a local Facebook group that the dog had been sighted for three days around the area but no one was able to catch her.

The dog was taken to the Montgomery County Animal Resource Center where she is safe and out of the cold.

Thanks to Lisa Marie for sharing this happy reunion!

"Highway rescue 🥰 She's been on the run for days, and with the support of Sgt. Kramer out of the Piqua post, ensuring everyone's safety, we nabbed her!" pic.twitter.com/6h5V88W7GL