The amendment was made after a transgender ban in sports was added to a previous bill. 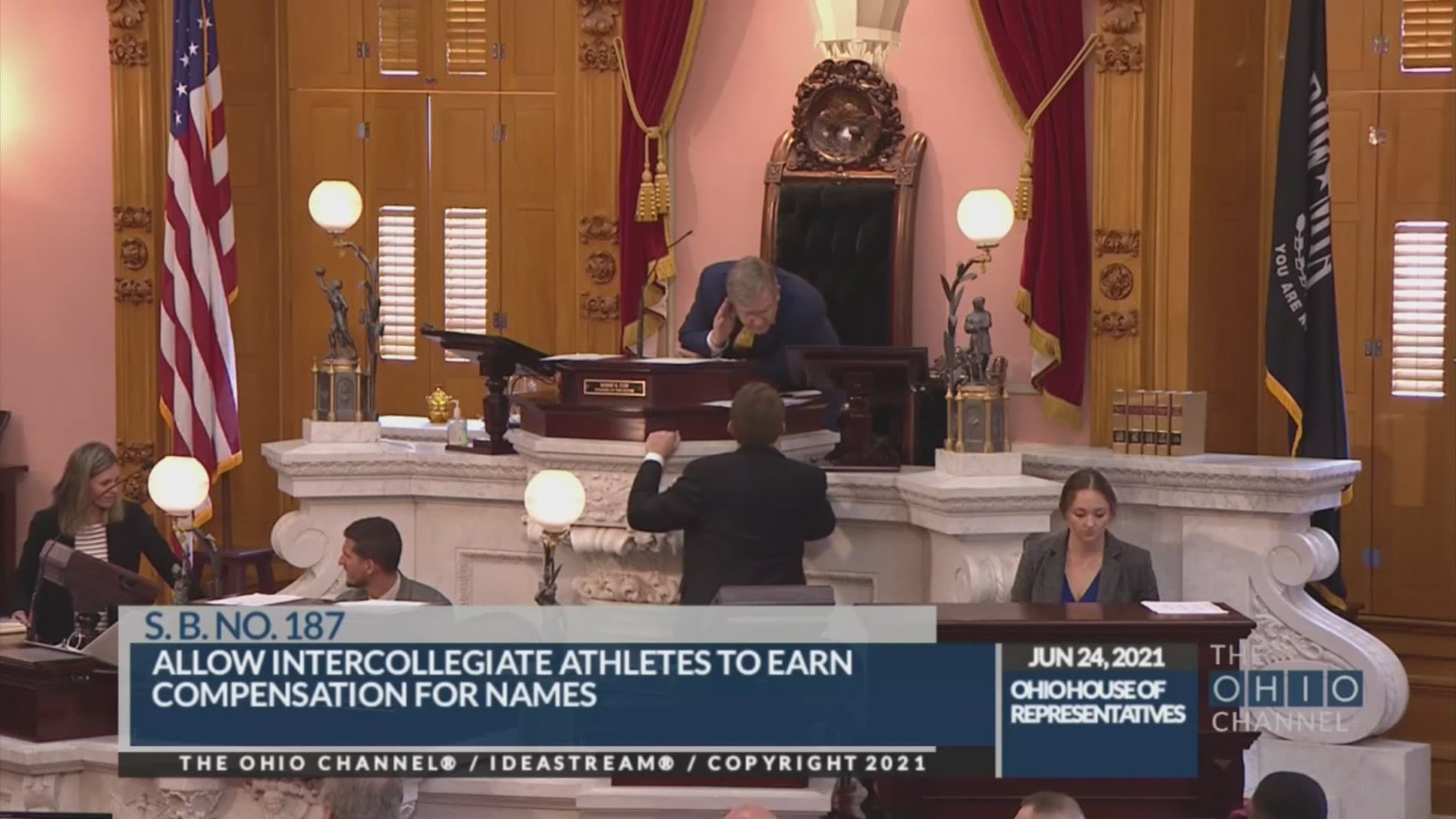 House Bill 29, which was offered on the Senate floor by Niraj Antani (R-Miamisburg), also allows for legalized sports betting in the state and veteran ID cards to uniformed service members.

“As the sponsor of sports betting legalization as well as legalization of name, image, likeness ownership for student athletes, I will continue to pursue all avenues to get these legislative initiative done,” Antani said.

The amendment of HB 29 reflects the language in Senate Bill 187, which also passed in the Senate on Thursday.

SB 187 was amended when it was brought to the floor by Rep. Jena Powell (R-Arcanum), after adding a transgender ban amendment to the legislation.

That amendment would ban transgender women from competing in women's sports.

HB 29 is expected to be voted on in the Statehouse on Friday.