The congressman said the stakes are too high to keep President Donald Trump in office until the Jan. 20 inauguration. 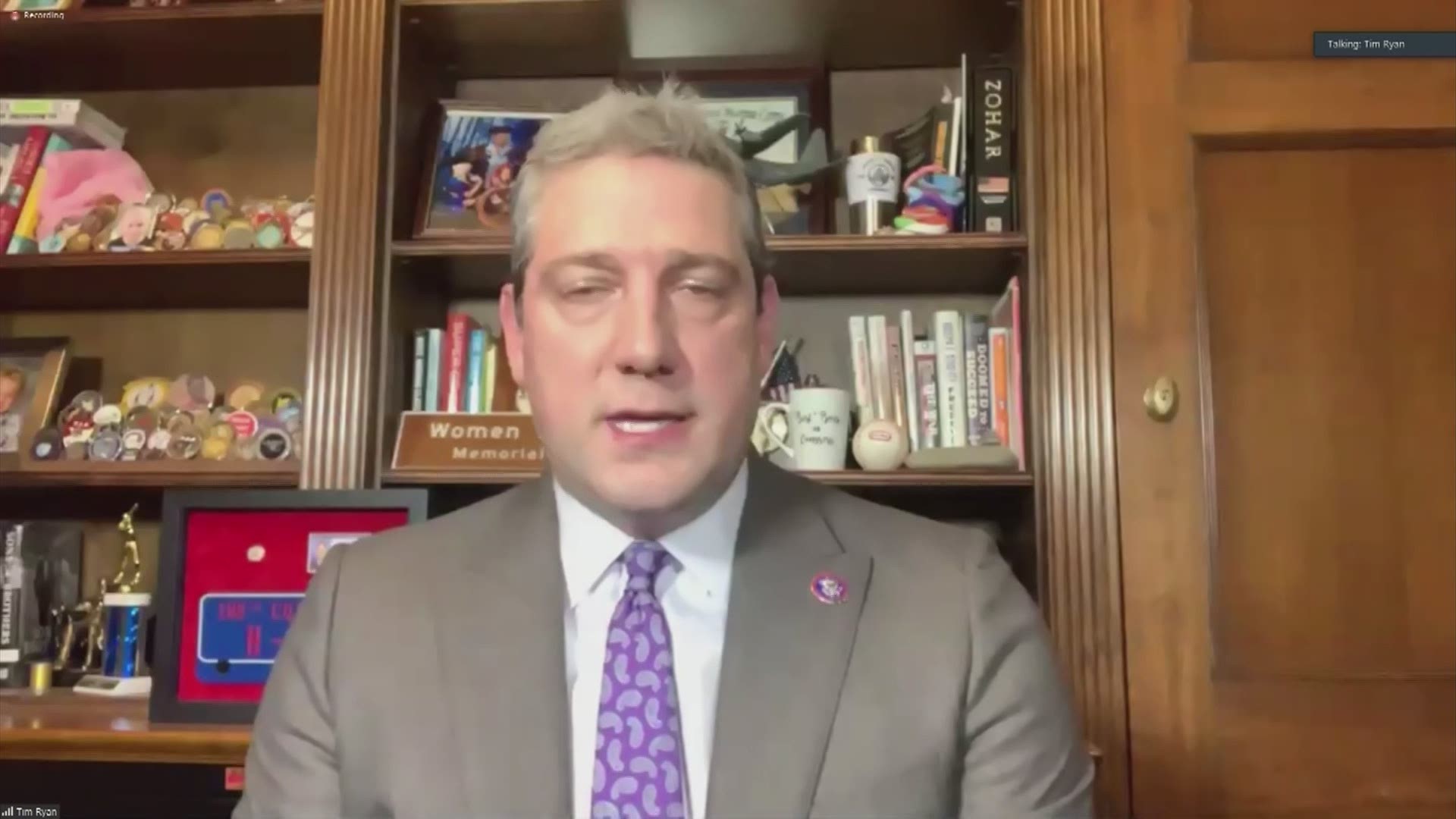 COLUMBUS, Ohio — An Ohio congressman is calling for the president to be impeached and removed from office after his supporters stormed the Capitol.

Rep. Tim Ryan, a Democrat from Ohio's 13th Congressional District, said the stakes are too high to keep President Donald Trump in office until the Jan. 20 inauguration.

"I think he needs to be removed from office because we can't trust him over the course of the next couple weeks not to continue to undermine our democracy in a very violent and significant way," Ryan said. "Somebody died today. Members of Congress were on the floor in the House of Representatives with gas masks on."

Ryan was in the Capitol Wednesday and went into lockdown when people stormed the building. He said lawmakers received alerts on their phones and police asked them to stay in their office and lock the doors.

"When they start saying lock your doors, stay away from the windows...you start to get a little bit concerned and your phone starts blowing up from everybody, your wife, your family," he said.

Ryan said the fact this even happened demonstrates a "strategic breakdown" and he wants lawmakers to get to the bottom of it.

"There were clearly enormous strategic and planning failures by the Capitol Police, by the Sergeant at Arms, and anyone else who was a part of coordinating this effort," Ryan said. "There was not supposed to be anybody near the Capitol. You would be reasonably close to be able to protest and express your view, but nobody belongs on the Capitol plaza, nobody ever goes on the Capitol steps. That is an illegal act."