There were songs, prayers and a dove release. But one of the most powerful moments of the night came when the crowd broke into a chant of "do something" while Gov. Mike DeWine was speaking on stage. 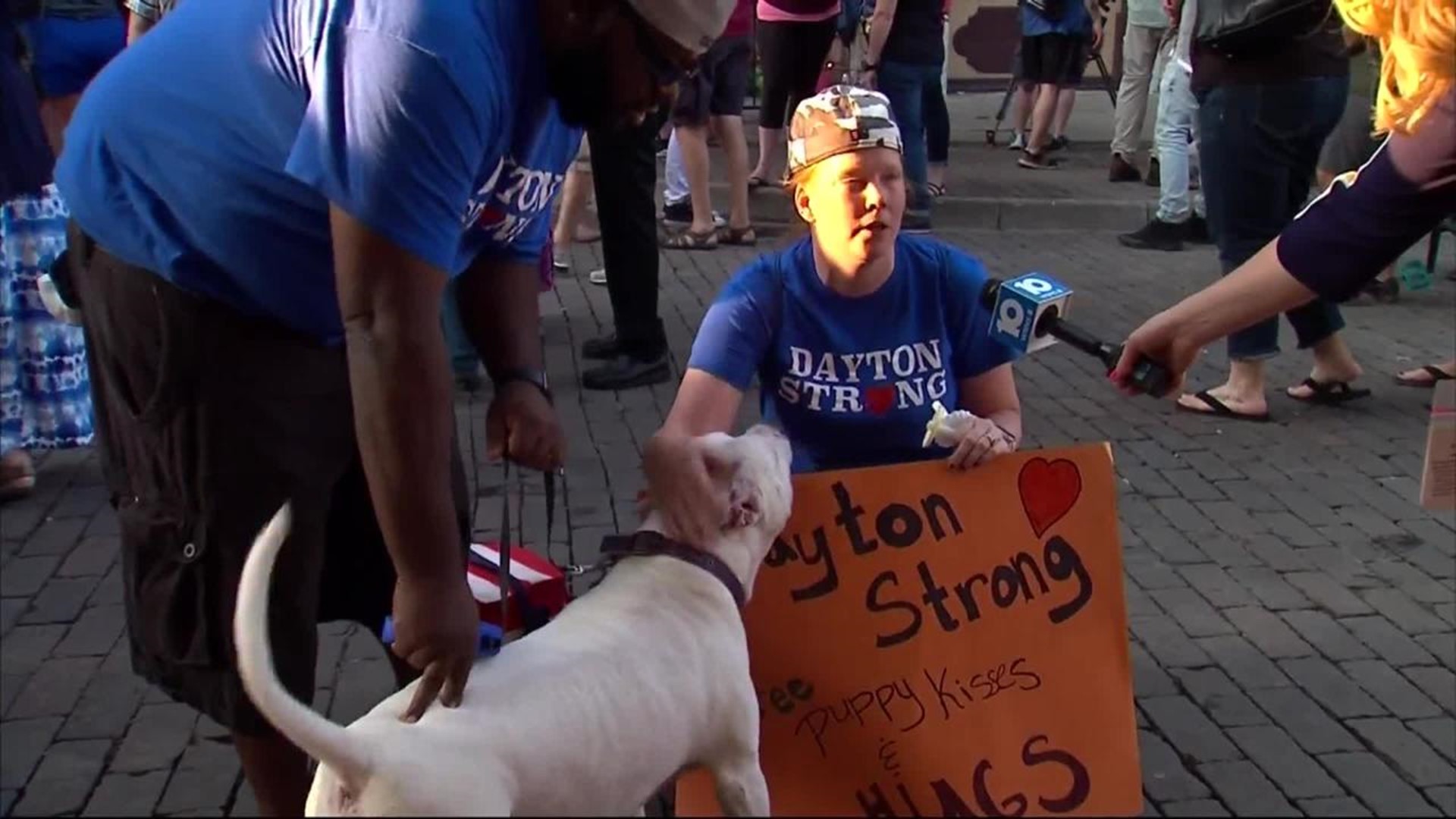 DAYTON, Ohio - Hundreds of people packed into Dayton's Oregon District Sunday night, turning a site known for celebration into one of mourning.

"This is a place where people come when they’re in love, looking for love, and red roses I think really symbolize that," said Ken Kuhbander, who was carrying a bucket of red roses. "And the first responders and paramedics, what they do in this town is wonderful."

William and Teanna McCall arrived with their dog, Titan, and a sign that said -- free puppy kisses.

"I know a lot of people that, dogs help them, people use them for therapy and everything, and titan’s just a gentle soul," Teanna McCall said. "I couldn’t sit at home and not do anything. I thought this would help some of our friends."

The McCalls were part of the large crowd stretching back several blocks along East 5th Street for a candlelight vigil Sunday night. Various city and state leaders spoke, along with faith leaders. Organizers led the crowd in song and prayers.

But when Gov. Mike DeWine took the stage, the crowd took charge. Chants of "do something" drowned out most of the governor's remarks.

It was a defining moment that encapsulated what many in the crowd had expressed -- a mix of both sadness and anger.

Among the mourners were several members of the Sisters of the Precious Blood, a local organization dedicated to having a presence at every homicide scene in the greater Dayton area. Sister Jeanette Buehler said the Dayton vigil marked the 527th appearance for the group since March 2006.

"We just think the witness is very important to be here because all of us care for these people, even if we didn’t know them," Sister Buehler said. "Nobody deserves to have their live snuffed out by violence."

Many in the crowd were wearing "Dayton Strong" shirts and tanks, which were printed back when tornadoes swept through the area in May.

"Unfortunately I need to wear it again because we have to be strong again," David Cron said. "We were strong when the tornadoes came through, when the KKK came to town, and we’ll stand up against this."